The first Camaro Synergy model was the 2010 Synergy Green special-edition car. It proved so popular with consumers that Chevrolet is now making Synergy an annual series. The Camaro Synergy Series 2011 model contains a mix of exterior and interior accessories – including combinations not available on any other production model, including an exclusive gray interior with red accent stitching throughout. It is based on Camaro Chroma, a show car first exhibited at SEMA in 2009.

The Camaro Synergy Series 2011 model will begin production in the first quarter, in limited quantities.

'The Synergy Series reflects the strong response consumers have consistently had toward Camaro,' said Chris Perry, vice president of Chevrolet marketing. 'At the same time it provides an example of how Chevrolet is renewing its commitment to expanding accessory offerings.'

While the original Synergy was offered only in a single color (Synergy Green) and with the six-cylinder engine, the 2011 edition will be offered in four colors – Cyber Gray, Victory Red, Summit White and Black – as well as 2SS (V-8) and 2LT (V-6) trims with the RS package.

The Camaro Synergy SEMA Show vehicle is based on a 2SS model and displays production and concept styling cues. The accompanying highlights chart identifies them. 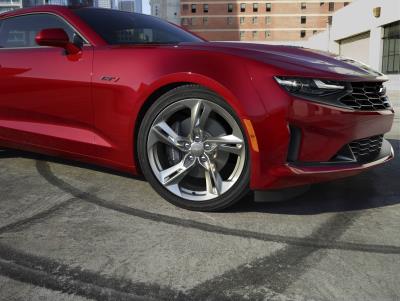 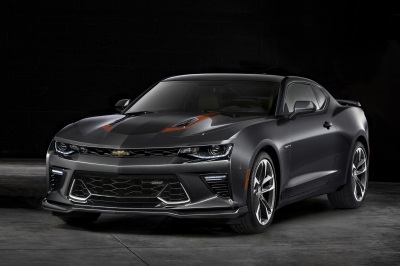 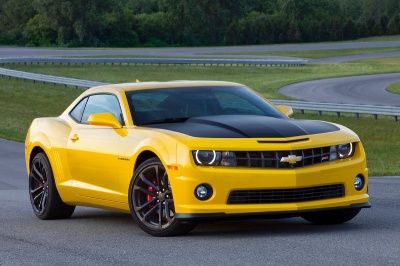