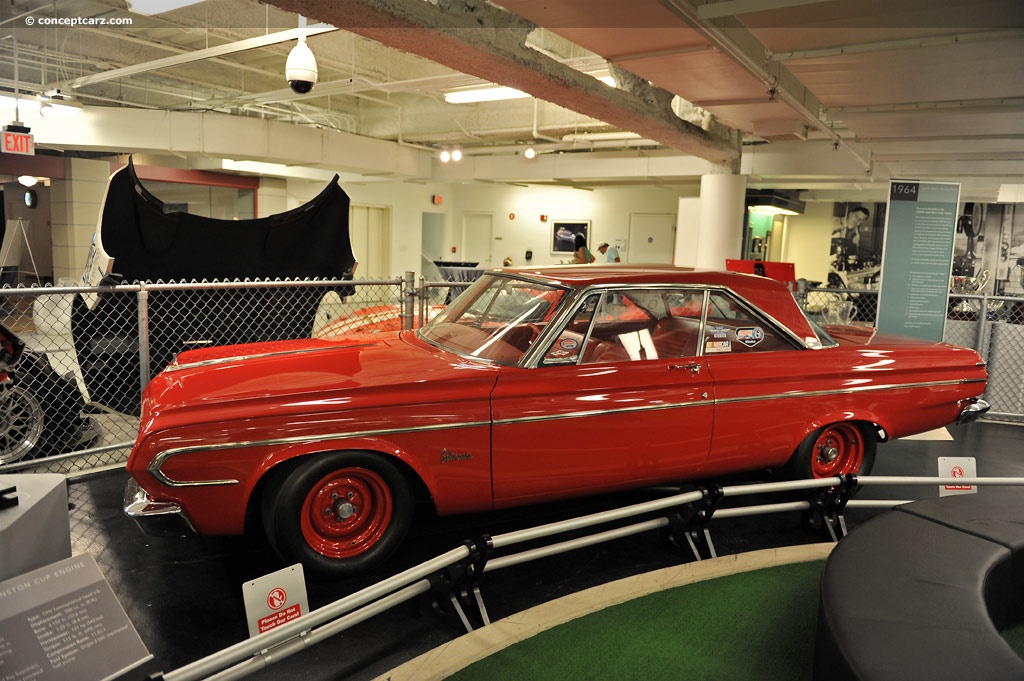 For sixteen years, beginning in 1954, the Belvedere was part of the Plymouth lineup, however, its history dates even further back, beginning in 1951 when it served as a new hardtop body style in the Plymouth Cranbrook line. It replaced the Cranbrook in 1954 as the top-of-the-line trim and became a full model line with a complete range of body styles including a sedan, convertible, and station wagon. It became intermediate-sized in 1965 and was replaced following the 1970 model year by the Satellite.

1964 was the final year of the full-size Belvedere and the last of the styling introduced in 1962. The previous generation of styling (from 1960 to 1961) used a 118-inch wheelbase and unit-body construction, while the cars of 1962 through 1964 Belvedere had more compact 116-inch wheelbase dimensions.

The 1964 Plymouth Fury was positioned above the Savoy and below the Fury, offered both six and eight-cylinder engine options, and wore new 'slant-back' rooflines. They had full-length bodyside molding with a hook shape at the front end, wore Belvedere signature script behind the front wheel openings and on the right-hand side of the deck lid hatch panel, and was devoid of Plymouth letters on the rear edge of the trunk. Body styles included a two- and four-door sedan, a hardtop coupe, and a six- or nine-passenger station wagon.

The standard engine was the 225 cubic-inch six-cylinder unit with overhead valves, solid valve lifters, a Carter one-barrel carburetor, four-main bearings, 8.2:1 compression, and delivered 145 horsepower at 4,000 RPM. The 318 cubic-inch V8 had overhead valves, solid valve lifters, five main bearings, a Carter two-barrel carburetor, 9.0:1 compression, and produced 230 horsepower at 4,400 RPM. A three-speed manual was standard and an automatic and four-speed manual Hurst floor shift transmission was optional. The three-speed TorqueFlite unit had push-button controls and was available with V-8 engines. It was a lighter-weight unit than the previous unit and its transmission tunnel hump was smaller.

Additional engine options included a 383 CID 'Commando' V8 with 265 horsepower and 305 hp with a two-barrel setup, and 330 hp with a four-barrel configuration. The 'Street Wedge' V8 with a 426 cubic-inch displacement and four-barrel carb delivered 365 hp. The 'Super Stock' 'Max wedge Stage III' 426 CID produced 415 hp or 425 hp depending on setup, and the 'Super Commando' 426 CID 'Hemi' produced 425 horsepower. The 'Super Stock' was a racing-only option while the street-tuned 426 'Street Wedge' produced an advertised 365 horsepower. The 'Super Commando' 426 CID Hemi V8 was released in early February of 1964, for competition purposes and priced at around $1,800. With 11.0:1 compression the engine offered 415 horsepower and 425 hp for the 12.5:1 high-compression version.

Many of the potent powerplants were designed for competition or homologation purposes, intended to go fast and win. Plymouth's sales had declined during the early 1960s due to lackluster styling. The tail finned Savoy, Belvedere, Fury, and Suburban models of 1960 were well received by the buying public, but by 1962, the newly introduced down-sized models were outclassed by larger Ford and Chevrolet models. Only Plymouth's compact Valiant, with its strong slant six engine, was well-received, spawning the introduction of the Barracuda in mid-1964. Plymouth sales began to rebound as its foundation of racing successes and performance pedigree continued to grow.

The Chrysler Corporation was an early entrant in the 'Pony Car Wars' during the 1960s, with their new A-body platform car competing against the Ford Falcon. Dearborn continued its assault with the introduction of the Mustang, a car that quickly and significantly outsold the Barracuda. This new class of American muscle quickly became established and resulted in increased popularity and competition on all fronts.

Plymouth updated its styling for 1964, with a beveled edge roof feature on sedans while hardtops wore a new cantilevered type of roof pillar with larger pillars at the top than at the bottom. In the front was a full-width grille that 'vee'd' to the horizontal plane and incorporated an insert with six stacks of short blades. The large front bumper housed the parking lights, and in the back, the look was further refined and only a slight hint of a dorsal fin remained.

The Chrysler Corporation's pursuit of performance was relentless, including the 1955 Chrysler 300 Series powered by a 331.1 cubic-inch Hemi engine utilizing a full race camshaft, two four-barrel carburetors, and developing 300 horsepower. Chrysler's premier competition mill of the early 1960s was the Max Wedge engine, particularly in the 426 cubic-inch Stage II configuration, introduced in 1963, and delivering 425 horsepower. 1963 was also the year a new development program began with sights set on winning at Daytona, further improving upon the Wedge design and refining the old Hemi-head engines of the 1950s.

Chrysler engineers Tom Hoover and Don Moore fitted a standard RB block (initially of cast iron) with new 'Hemi' heads and 12.5:1 compression to an aluminum short-ram intake manifold. Four vehicles powered by the new Hemi V-8 were driven by Richard Petty, Jimmy Pardue, and Paul Goldsmith to 1st, 2nd, and 3rd in the 1964 Daytona 500. NASCAR was quick to sideline the engine until homologation (of several thousand Street Hemis) could be manufactured and sold. As a result, the MoPars all sat out the season, while Chrysler factories began churning out Hemis for the public to satisfy the sanctioneers.

The Max Wedge Lightweight cars, built by the factory with aluminum front end sheet metal and stripped interiors, are considered a 'Transitional car,' before the availability of the new Race Hemi in April 1964. Between nine and fifteen such cars were produced, all with varying features.

1964 Plymouth Belvedere
The Belvedere was priced approximately $200 higher than its Savoy sibling and about $100 less than the Fury. The two-door sedan had a factory base price of $2,360 (approximately $100 more with the standard V8) and the four-door sedan at $2,415. The hardtop coupe was priced at $2,445 and the six-passenger wagon at $2,830. Both the six- and nine-passenger wagons came standard with a V8 while the other body styles were standard with the Six. The most popular body style was the sedan with 57,307 examples built, followed by 16,334 of the hardtop coupe, and 5,364 of the two-door sedan. The six-passenger wagon was more popular than the nine-passenger version, with 10,317 sales compared to 4,207 of the nine.

Plymouth significantly reworked its model lineup for 1965, with the Belvedere expanded from being an intermediate trim designation to representing the entire intermediate model. The compact line was comprised of various Valiants (V-100, V-200, Valiant Signet, and Barracuda), the intermediate was the Belvedere (Belvedere I, Belvedere II, and Belvedere Satellite) and the full-size Plymouths were the Fury ('base,' Fury II, Fury III, and Sport Fury).
by Daniel Vaughan | Nov 2010

An American automobile, the Plymouth Belvedere was produced by Plymouth from 1951 through 1970. Unveiled on March 31, 1951, the 1951 Belvedere was first showcased as a two-door pillarless hardtop. The Belvedere was Plymouths first vehicle of this design and was built to combat Chevrolets Bel Air. The Bel Air had been introduced in 1950 and was a great success as the first two-door hardtop in the....
Continue Reading >>

Chrysler shocked the NASCAR racing world in 1964 with its 426 cubic-inch HEMI racing engine, a potent new unit that had more horsepower than those of competitors' race cars. At the opening race of the season at Daytona 500, the cars powered with the ....[continue reading] 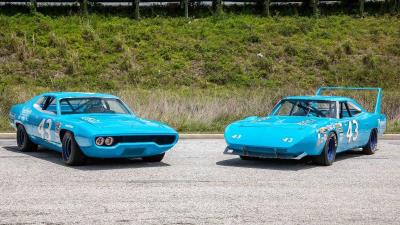 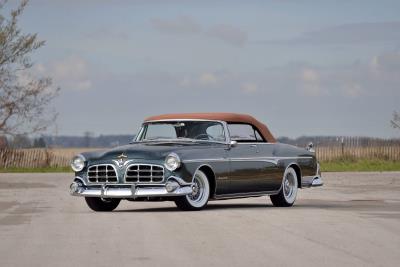