Amidst an aesthetics hailstorm, Acura introduced its redesigned TSX and the brand new TSX Sport Wagon for the 2011 model year.

The 'beak' grille, as some were calling it, received an emphatic 'no' vote from Acura diehards. In response to this criticism, Acura redesigned its TSX's grille slightly, but it is still prevalent at the front of the car and as it blends into car's lines. Though still present, in an attempt to subdue the uprising, Acura's new grille would appear to go too much in the other direction—blasé.

Compared with the 2010 model, the lines of the TSX have remained relatively unchanged. The bodywork and surrounds around the foglights have been redesigned for the 2011 model. Comparing the 2011 TSX model with the redesigned 2010 model, the car features only subtle changes in appearance, including a single strip of chrome trim that runs between the two taillights.

The majority of the refinements for the 2011 TSX come inside the car's interior and under the hood. Though seemingly familiar, the 2011 model boasts a number of visual changes throughout its interior. Such changes and refinements include an optional interior and steering wheel trim package, as well as, a number of other sporty and functional options.

The 2011 model comes with either a 201 hp, 2.4-liter four-cylinder engine, or, a 3.5-liter V6 engine. In either case, the engines can be mated to either a five-speed automatic or a six-speed manual transmission.

Of course, one of the most important refinements in this day and age is in mileage. Acura's TSX continues to stretch the limits of both power and economy with its new model year. The engine continues to provide sporty performance but has been further refined to offer greater fuel economy. Priced at $30,470, and matched with Acura's priceless reliability, the TSX should seda should remain a solid performer for Acura in 2011, despite the issues with the car's styling.

New to Acura's TSX model for 2011 is the highly-anticipated Sport Wagon. For years, Honda offered its Tourer to customers over in Europe. This successful wagon gained a very popular and demanding following in the United States. As a result, Honda brought its wagon to America rebadged as the TSX Sport Wagon.The TSX Sport Wagon offers its passengers a sturdy and nimble handling ride, all in plush leather comfort. Not offered with a manual transmission, the Sport Wagon leaves some Acura purists without a truly exciting wagon like that of the new Cadillac CTS Wagon or the Audi A4 Avant. However, its versatility, interior size and features makes it a more than capable wagon for carrying the family to and from sporting events and other family functions. On top of the wagon's performance and features, perhaps Acura's greatest feature is its reliability. In the current economic situation, a wagon that can provide impressive performance and versatility with rock-solid reliability, albeit in a so-so look, still deserves a fare amount of attention. This is why, despite what it could be, the TSX Sport Wagon will remain an eye-catcher throughout the model's debut season here in the United States.
The Acura have hinted its new Sport Wagon be priced around $31,820. This would allow the Sport Wagon to fill in the gap left open by the more expensive wagons offered by Cadillac, Audi and BMW. Acura has always been known for its performance and nimble handling for a fare price. Therefore, the TSX's price and driving experience will reward the owners of the Sport Wagon with a ride more akin to its pricier competitors.
Sources:
'2011 Acura TSX Sport Wagon', (http://www.automobilemag.com/reviews/editors_notebook/1102_2011_acura_tsx_sport_wagon/index.html). Automobilemag.com. http://www.automobilemag.com/reviews/editors_notebook/1102_2011_acura_tsx_sport_wagon/index.html. Retrieved 8 February 2011.'2011 Acura TSX', (http://www.motortrend.com/auto_shows/los_angeles/2010/1011_2011_acura_tsx/index.html). MotorTrend.com. http://www.motortrend.com/auto_shows/los_angeles/2010/1011_2011_acura_tsx/index.html. Retrieved 8 February 2011.'Acura 2011 TSX: Accessories', (http://www.acura.com/accessories.aspx?model=tsx&context=interior). Acura Advance. http://www.acura.com/accessories.aspx?model=tsx&context=interior. Retrieved 8 February 2011. By Jeremy McMullen 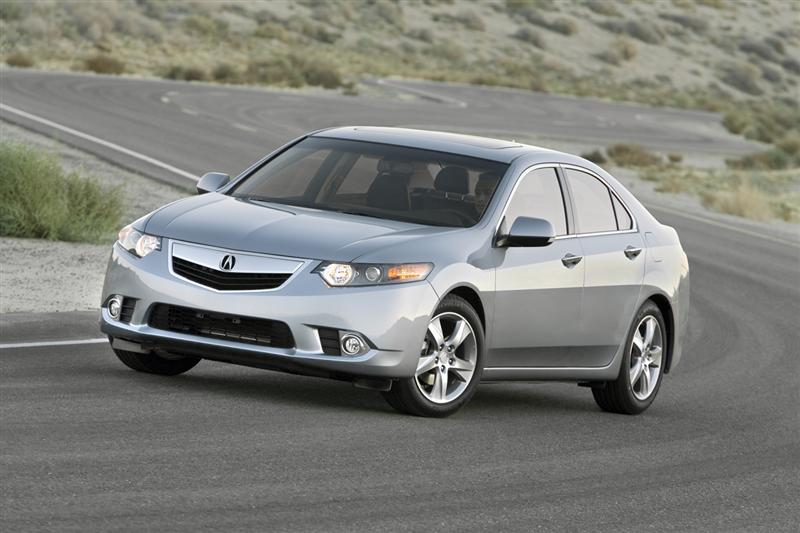 Despite the TSX sedan being a top choice in its class, Acura has not rested on its laurels, as a host of major updates have been made for 2011. Topping the list, the TSX sedan receives a freshened exterior look along with a wide array of new features and technology-- with particular attention being paid to further improving quality and cabin quietness. In addition, significant improvements have been made to both the 2.4L I-4 and 3.5L V-6 engines that yield improved fuel efficiency, lower emissions and longer engine life. 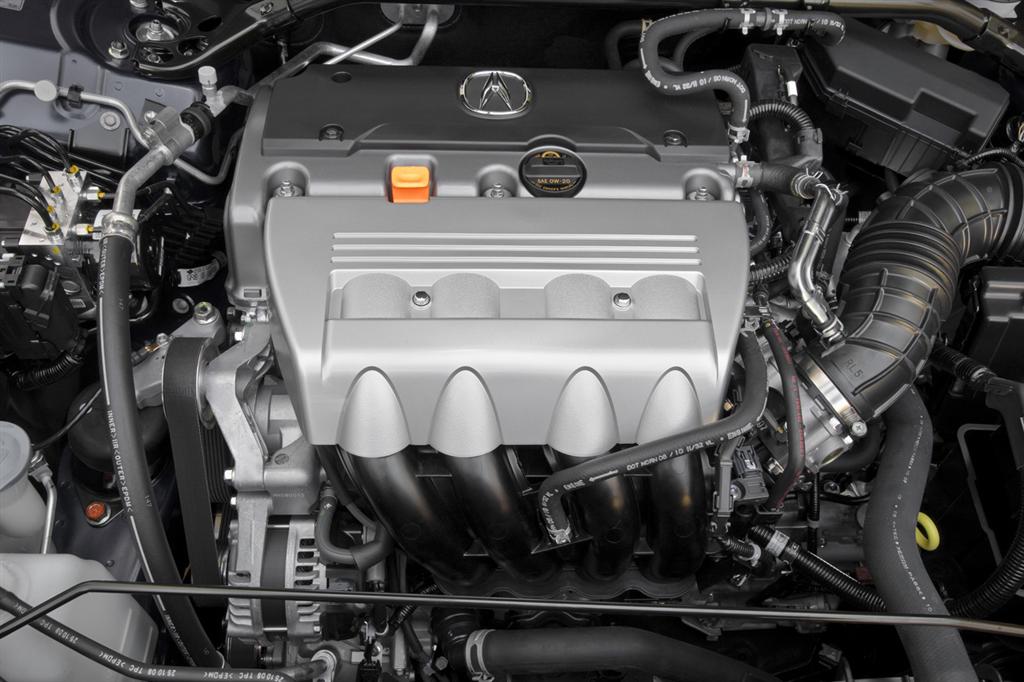 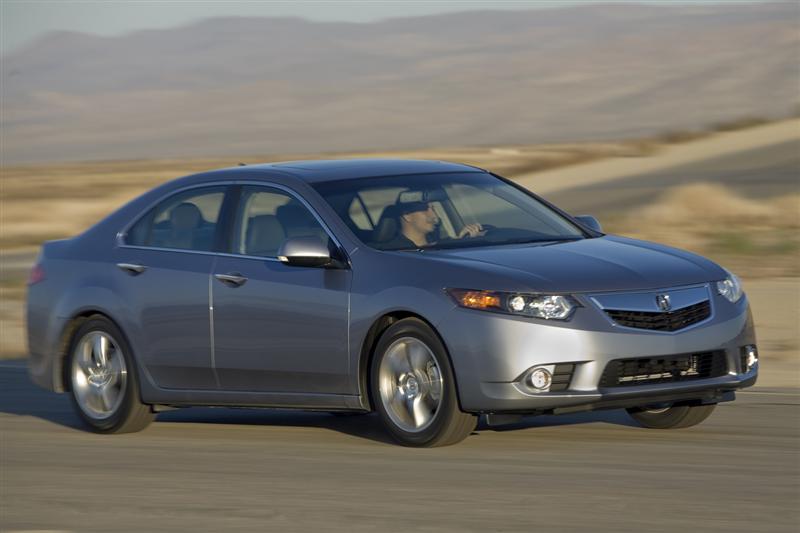 Acura's philosophy of smart luxury is well evidenced by the combination of great looks, a luxury interior available with a wide variety of technology features, and excellent safety-- all for an exceptional level of value. Thanks to this great mix of attributes, the TSX has the largest percentage of buyers under 30 among all luxury sedans and has remained the volume leader within its segment according to Global Insight. 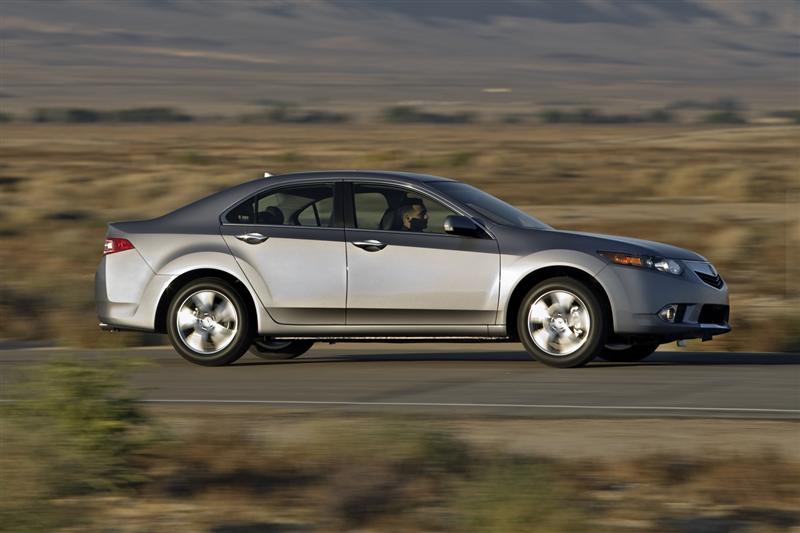 The standard 17-inch 5-spoke aluminum wheels for the 2.4L 4-cylinder model are more cutting edge as they now incorporate a machined lip on the face of the spokes, and the split 5-spoke 18-inch aluminum wheels remain standard with the 3.5L V-6 model.

Interior
Inside, the 2011 TSX receives a host of visual upgrades in the form of revised styling for the center console, darker trim pieces, brightly finished door handles, an updated parking brake handle and new garnishes for the steering wheel. In addition, new is contrasting-color stitching for the leather seats, door armrests and center console. Rear seat occupants will enjoy added comfort thanks to the addition of heating/cooling vents mounted at the rear of the center console.

Acura is known for its outstanding array of user relevant technology, and the 2011 TSX further expands on this concept. New for 2011, the TSX with available Technology Package now includes an LED backlit full VGA navigation screen (that generates 400-percent better resolution than before), improved navigation system functions (faster performance, improved search ability and expanded map coverage), Song By Voice™ (SBV) user interface, a 60-gigabyte hard disk drive (HDD) system, and the ability to download 15-gigabytes of personal music to the HDD system. Now with the ability to store more than 3,500 songs*, there is no longer a need to carry around bulky CDs.

Acura has always put much emphasis on building an interior that is exceptionally quiet, and for 2011 the TSX has even greater cabin serenity thanks to items such as a new acoustic glass front windshield, even thicker side glass, increased use of sound-deadening insulation, improved floor mats and new underfloor covers.

As a result, the friction reduction measures are a significant element to improve fuel economy as evidenced by improvements in city, highway and combined fuel economy for both the 2.4L I-4 and the 3.5L V-6. 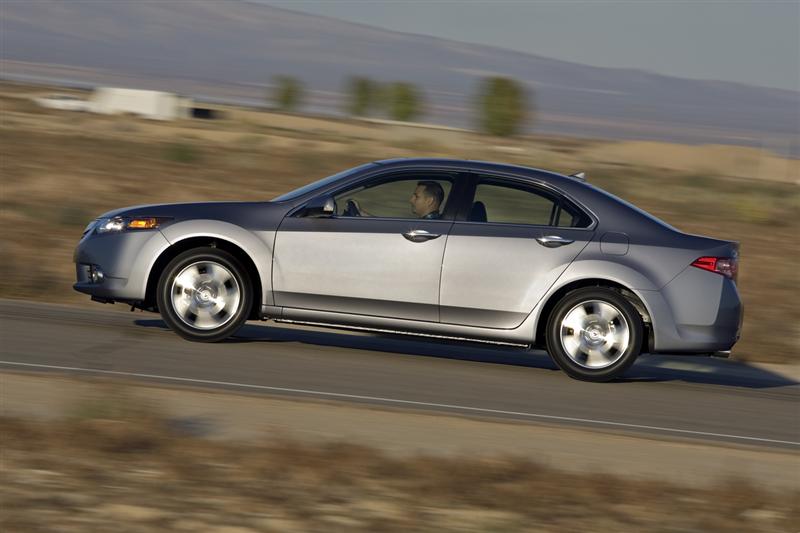 New automatic transmission programming helps maximize the engine output by allowing for Shift Hold Control during cornering along with 'smart shift' functionality that allows for semi-manual operation when in Drive-- not just when in Sport Mode. In addition, the Sequential SportShift 5-speed automatic transmission now features a fluid warmer that helps improve shift quality, transmission durability and engine fuel economy for TSX owners who live in colder climates.

*Approximate capacity based on an average size of 4.0 MB per song at a 128kbps bitrate

**Based on 2011 EPA mileage estimates. Úse for comparison purposes only. Do not compare to models before 2008. Your actual mileage will vary depending on how you drive and maintain your vehicleSource - Acura