Suggested vehicles
Related news
It is rather easy to be entertained and inspired when one has little to no investment. To hear the roar of the V16 engine of the P15 at Silverstone, England in 1950 obviously would have been exciting for any British racing fan. But, for those who had invested in the racing team, the presence of the P15 was more a source of pain than patriotism.

Although it had been introduced as a new car in 1950, what would become the P15, took a painfully long time to become realized. Raymond Mays had convinced many companies to invest money, that virtually all of the companies didn't have, based upon the idea of creating an all-British racing team. The idea was to dominate as the state-backed Mercedes-Benz and Auto Union teams had back in the late thirties. After years of work and investment, the P15's demonstration run at the British Grand Prix was not exactly a reason for enthusiasm. The car should have been competing, not merely demonstrating, by that point in time. In order to keep investors from rioting, the P15 was then rushed into competition. Its first foray disintegrated right at the very start. While starting dead last in the second heat race at the BRDC International Trophy race in August of 1950, Sommer's driveshaft broke at the start. The car still had not completed a single lap in competition. This fact would change a month later, and, would help restore the faith of its investors.

Although he didn't start from the pole, Reg Parnell dominated the 3rd Goodwood Trophy race toward the end of September in 1950. He would end up setting the fastest lap of the race with the large V16 engine. Parnell would also go on to win the event by a margin of two seconds over Prince Bira in a Maserati 4CLT/48. What made the P15 so troublesome and delayed in its coming into competitive form was its radical and revolutionary design and engine combination. It was, more than anything, the wrong car for the wrong time. Large amounts of money had been dropped into this car, which, according to the rule changes that took place for the 1952 season, was only able to race, as it was, for one year.

The car, designed by Peter Berthon, sported a blunt nose with a large O-shaped grill to help cool the large 16-cylinder engine housed beneath the hood. The body itself was rather wide in its design. Because of its large engine, the car was heavy as well. Without the driver and fuel, the car weighed around 1,600 pounds.

Britain, economically, was hanging on by a thread after World War II. Therefore, Mays had talked many organizations to back the project. These companies and organizations would supply parts that were in short-supply at the time. The many companies, organizations and different parts supplied to the team helped to make the project a nightmare as serviceability and the ability to integrate had to be taken into account. Many different companies supplied many different components. BRM made trailing arms for the front suspension, but then used Lockheed designed air struts in conjunction with the trailing arms. The same air struts were used on the rear suspension as well, but in conjunction with a de Dion tube axle. The de Dion tube axle was the best technology of the day and widely used for racing cars' rear suspension.

While the bodywork of the P15 was wide it was not all that tall. The driver sat quite high and greatly exposed. Rather surprising for having a large supercharged 16-cylinder engine, there were only a couple of low-profile air scoops on the top of the chassis. There were, however, a number of louvers cut into the top of the engine cowling to further help with cooling of the engine. The air passing over these louvers would create a low-pressure, thereby sucking the hot air out of the engine compartment.

Out of either side of the car, and down low to the ground, there was a large exhaust pipe that ran back along the car and then bended out near the rear wheel. Because of the width of the car the cockpit was rather roomy. However, once again, the driver sat really high and greatly exposed. A large rounded windscreen sat right in front of the driver with two small housings for the rear-view mirror on either side. In order to house the amount of gas needed for the supercharged, 16-cylinder gas-guzzling engine, the fuel tank sat in the rear end of the car. Berthon didn't try to really make the rear-end all that tight because he needed the room for the fuel. The only thing unforgettable about the P15's career as a race car was its sound. It had managed to score one victory at the 12 lap Goodwood Trophy race in 1950. Other than that result, the best any P15 was ever able to accomplish was a fifth and a seventh place finish at the 1951 British Grand Prix. The team suffered yet another embarrassment at the Italian Grand Prix in September of that year. Reg Parnell and Ken Richardson had both qualified for the event, but, were both prevented from competing. Parnell suffered from car troubles and could not start the race. Richardson was prohibited from starting the race, not due to any mechanical problems, but because he had the wrong license. As with things today, special licenses were required for a driver to be able to take part in grand prix races. The organizers missed this until right before the race was to take place. Ken didn't take part in the race and was turned off from grand prix racing from that point on.
In spite of all that BRM would be remembered for within Formula One's history, its early years were quite forgettable. For the many companies that invested in the team, undoubtedly there were some that had wished the team had disappeared all-together. But the P15 and, in particular, its engine sound will always be remembered in grand prix history. The P15 may not be remembered as a champion, but it will continue to be remembered for sounding and looking good.
Source:
'1951 Non-World Championship Grands Prix', (http://www.silhouet.com/motorsport/archive/f1/nc/1951/1951.html). 1951 Non-World Championship Grands Prix. http://www.silhouet.com/motorsport/archive/f1/nc/1951/1951.html. Retrieved 21 December 2010.'1950 Non-World Championship Grands Prix', (http://www.silhouet.com/motorsport/archive/f1/nc/1950/1950.html#brdc). 1950 Non-World Championship Grands Prix. http://www.silhouet.com/motorsport/archive/f1/nc/1950/1950.html#brdc. Retrieved 21 December 2010.Wikipedia contributors, 'BRM 15', Wikipedia, The Free Encyclopedia, 12 October 2010, 01:38 UTC, http://en.wikipedia.org/w/index.php?title=BRM_15&oldid=390185263 accessed 21 December 2010Wikipedia contributors, '1951 Formula One season', Wikipedia, The Free Encyclopedia, 14 December 2010, 02:09 UTC, http://en.wikipedia.org/w/index.php?title=1951_Formula_One_season&oldid=402257974 accessed 21 December 2010By Jeremy McMullen 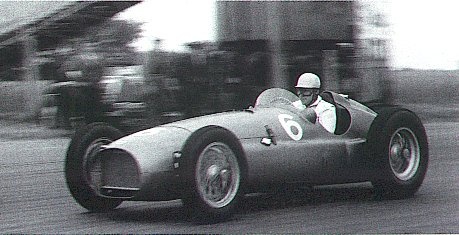 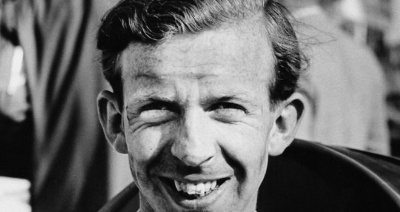 Everyone loves a champion. At least that is the saying. But it isnt necessarily true. Instead, everyone loves their champion. When another proves to be equal or stronger, then all reason slips through the window when judging skill. The lamentations...
1951 Formula One Season1951 Season Review