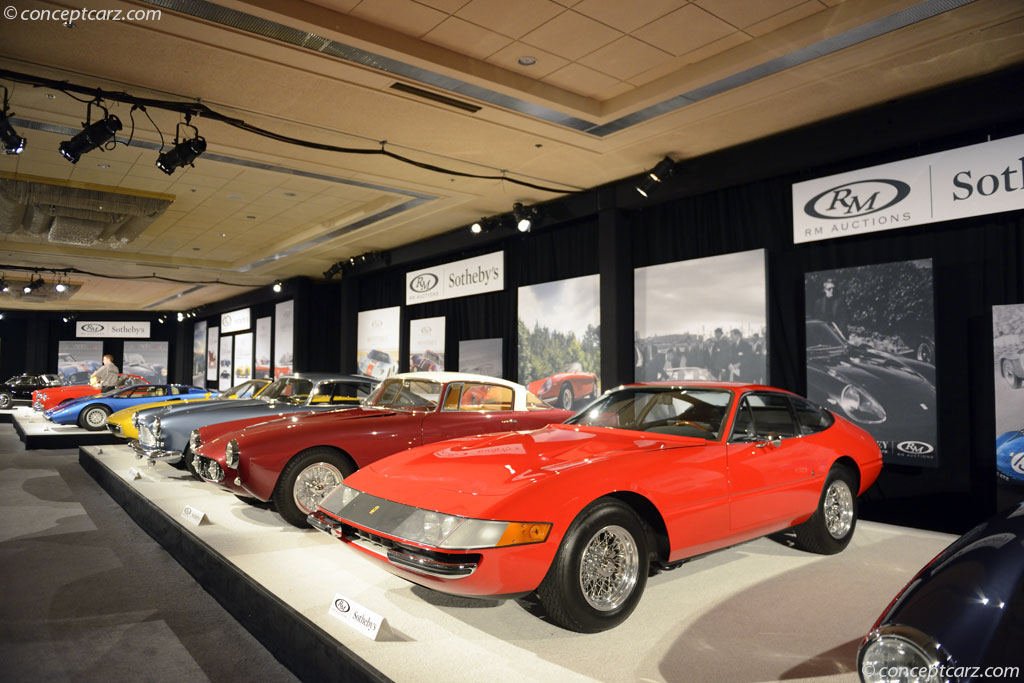 This 1970 Ferrari 365 GTB/4 Daytona, chassis number 13411, is an early European model delivered originally to a customer in Turin, Italy. The headlights are covered by Plexiglas. Later models were redesigned with retractable pop-up twin headlights du....[continue reading]

This Ferrari 365 GTB/4 Daytona Berlinetta is an early chassis number and the U.S.-specification prototype. It was the second Daytona imported into the United States (chassis number 13205 was the first). The factory completed the car on April 20, 1970....[continue reading]