•Ford F-150 SVT Raptor again is raising the bar for high-speed off-road performance trucks by adding a SuperCrew option and more standard power and towing capability for 2011
•The previously optional 6.2-liter V8 engine, which produces 411 horsepower and 434 lb.-ft. of torque, now comes standard for 2011, making Raptor the most powerful half-ton pickup on the market
•Úpgraded technology content, including a standard 4.2-inch LCD productivity screen and SelectShift Automatic™ transmission, keeps customers more in tune with their trucks, while a new graphic and color choice gives them more options

'When we launched the F-150 SVT Raptor, consumers were blown away with the capability of the vehicle,' said Jost Capito, director of global performance vehicles and motorsports business development. 'By adding the SuperCrew, we have expanded the versatility of Raptor, and now even more enthusiasts will be able to experience the no-compromise off-road performance that only Raptor delivers.'

The F-150 SVT Raptor is the first-ever high-speed off-road performance truck offered by any manufacturer and highlights 33 years of Ford truck sales leadership by emphasizing F-150's Built Ford Tough durability, innovation and engineering. Developed with the DNA of an off-road pre-runner, comprehensive modifications focused on chassis and suspension enhancements.

The F-150 SVT Raptor is 7 inches wider than a base F-150 to make room for the additional suspension components that give Raptor its unparalleled off-road abilities. The wider stance also gives the truck an aggressive appearance. Internal triple-bypass shocks by FOX Racing Shox – the first on a production truck – provide position-sensitive damping and extra suspension travel for extreme off-roading and a smooth ride on the road.

The new available 145-inch-wheelbase SuperCrew offering with a 5.5-foot box adds to the extensive list of F-150 SVT Raptor features. While contributing additional space and flexibility for the customer, the SuperCrew delivers performance as well.

Applying lessons learned from the SuperCab F-150 SVT Raptor, engineers were able to tune the truck to handle off-road events with ease. The 12-inch-longer wheelbase on SuperCrew also delivers the benefit of a more comfortable ride, especially in rough off-road situations.

A larger 36-gallon fuel tank and increased towing capability – rated at 8,000 pounds – keep F-150 SVT Raptor SuperCrew a mainstay in the desert environment, with capabilities as a chase or tow truck.

Revved up and ready
The previously optional 6.2-liter V8 engine, which produces 411 horsepower and 434 lb.-ft. of torque, will now be the standard engine for the 2011 F-150 SVT Raptor, the most powerful half-ton pickup on the market.

The Ford powertrain team performed extensive testing to ensure the engine would live up to the Built Ford Tough promise. Hundreds of additional tests beyond the normal verification of truck engines, as well as vehicle testing on a 62-mile durability loop in the desert that simulates the Baja 1000, validated the performance of the engine for reliability and longevity in the harshest conditions.

New color and graphic options
Raptor's exterior also receives some new touches for 2011, in the form of an additional paint color – Ingot Silver Metallic – that will be available with the standard black interior, or the optional Molten Orange Interior Accent Package.

A new optional hood graphic adds a personalized and functional touch to F-150 SVT Raptor. Inspired by older off-road racing Ford Broncos, matte black accent graphics – including the F-150 SVT Raptor logo – run along the hood, also helping to reduce glare. The Raptor logo in the graphic is done in body-color bleed-through, similar to 'SVT' on the side vent. 'F-150' and 'SVT' are written in dark gray. The graphic is available with or without the box side graphics.

More capability, more technology
Key to helping customers take advantage of all the capability offered by the F-150 SVT Raptor is a standard 4.2-inch LCD (liquid crystal display) productivity screen that is integrated in the center of the new instrument gauges, which have a black face, red pointers and ice blue daytime lighting. Also used on the all-new 2011 Super Duty, the technology was specifically tailored for off-road use with Raptor.

An off-road screen informs the customer about steering wheel angle and vehicle angle on a grade during off-road maneuvers. The menu is navigated through a five-way button on the steering wheel and is positioned between the tachometer and speedometer.

'The productivity screen is a great solution for our off-road customers,' said Hameedi. 'With one glance, they can tell exactly what settings are enabled on their truck and what the driveline is doing.'

For the customer who wants more control of transmission gear selection, SelectShift Automatic transmission functionality also is introduced on Raptor. A toggle switch located on the console shift lever engages the mode, where the transmission doesn't second-guess the driver, giving him or her total control over gear selection and performance feel. Úpshifts, for instance, are not commanded at redline, and downshifts are allowed at the lowest gear possible as defined by the engine speed.

Dealers will start taking orders for the 2011 F-150 SVT Raptor today, and the trucks will be available in dealerships late this year.Source - Ford 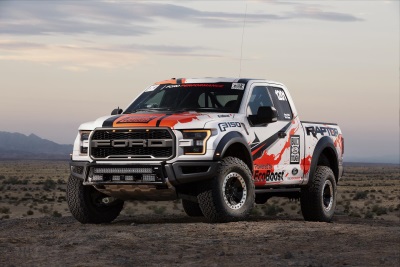 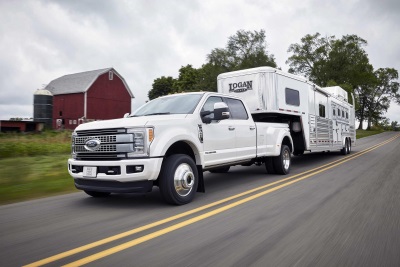 Most capability All-new F-Series Super Duty can tow heavier trailers and haul heavier cargo than ever before, with maximum gooseneck towing capacity raised to 32,500 pounds on F-450, fifth-wheel tow... 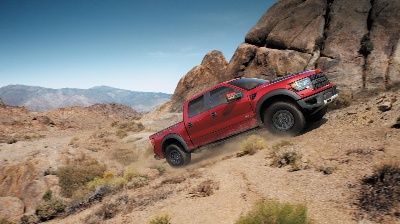 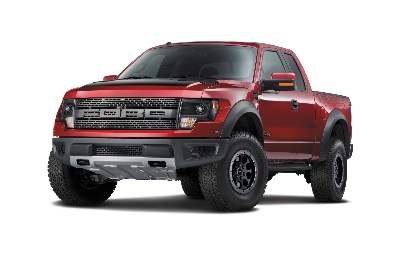 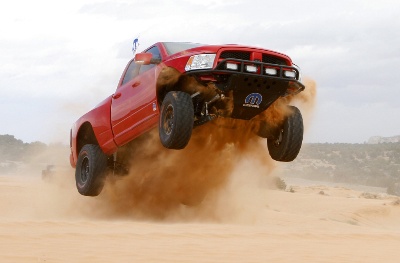