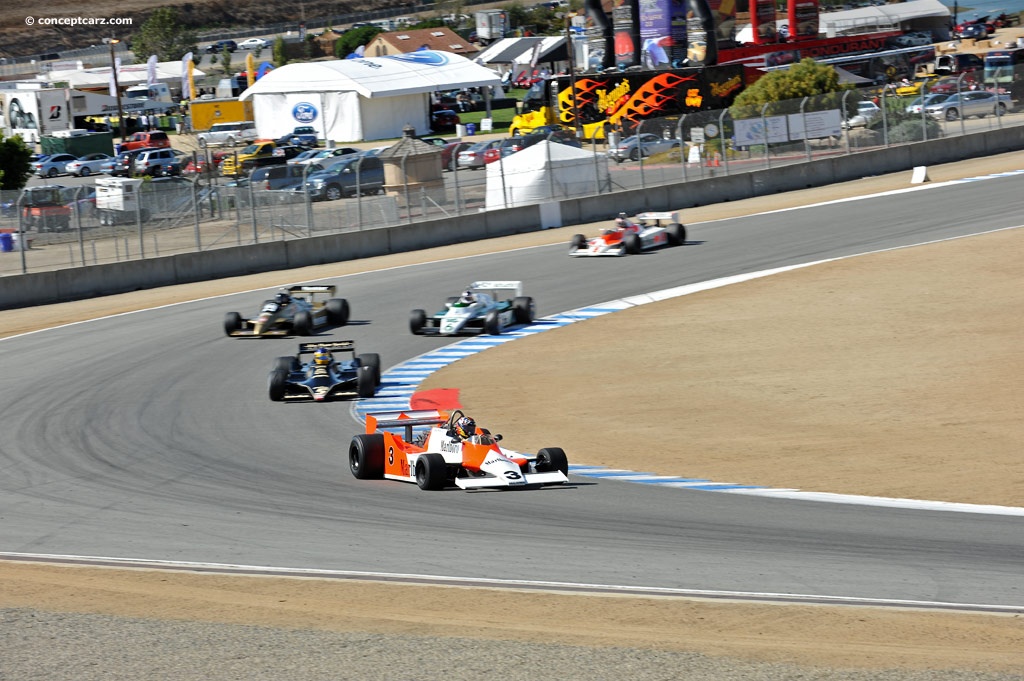 Even some of the best teams and individuals go through dark periods where the constitution is severely tested. It is these moments that are of utmost in importance for the choices made will, quite possibly, dictate every response in any given situation from that point onwards. The ability get back up and try again makes the difference between those who become the best and those that don't even exist.

After a successful early and middle-part of the 1970s decade, McLaren began to struggle. Thoroughly dominated by the Lotus 78 and 79 ground-effect chassis, neither one of McLaren's cars would challenge for either the Drivers' or the Constructors' Championships throughout the later part of the 1970s. Then, the team would hit its lowest point with what was called the 'ghastly' M28 chassis. This chassis, used during the 1979 season, would only help John Watson score mediocre points. The car didn't have the performance necessary to challenge some of the mid-pack runners, let alone Ligier-Ford or Ferrari. The team needed to do something, and fast. Gordon Cuppock, who had designed the 'ghastly' M28, would be given another chance to create a winning design. However, even though he had another chance to build a better car, time was not on his side. He would need to make obvious changes in order to improve performance.

Due to the time issue, the M29 wasn't exactly a clean sheet idea. It would borrow heavily from the M28, but it would feature some very important changes that were intended to make the new car better than its predecessor.

Coppuck would start with the same aluminum monocoque bathtub structure to which tubular framing and fiberglass body panels would be attached. In addition to the tub structure, the all-important sidepods were also made of aluminum monocoque construction for lighter weight and greater strength. While utilizing the same type of structure and tubular framing to attach the engine, the nose was also an evolution of previous McLaren designs. Moving the radiator to the sidepods enabled the length of the nose to be reduced. This made it possible for the aluminum monocoque structure to extend all the way out to the very tip of the nose. This helped to maintain rigidity and cohesion in the design. Smaller tubular framing would be used to reinforce the nose. and nose bodywork, the shaping of the fiberglass bodywork would go through some thorough evolution.

One of the obvious places the fiberglass bodywork would go through evolution would be up near the nose of the car. Aesthetically, the changes from the M28 to the M29 become readily apparent.

The nose on the M28 was based, in part, upon the M26 produced from 1976-1978. The design of the M26 featured what appeared to be one chassis stacked upon another. The aluminum monocoque structure was merely surrounded by a wrap-around piece of fiberglass. The nose, itself, featured a tubular frame covered also by a fiberglass nose.

While this design was improved aerodynamically on the M28, it still was not as efficient a design as possible. This would be one of the first areas to be changed on the M29. While the monocoque structure remained underneath, including the tubular roll-over structure at the front of the cockpit, it would be covered by a much more aerodynamically efficient fiberglass bodywork panel.

The M29 would retain the low-profile, wide nose, like that on the M28, but it would smoothly slope upward as it travelled aft toward the cockpit. This single piece of fiberglass would then sweep upward much more dramatically in order to surround the cockpit.

The most important feature of the M29 was its ground-effects design. Relying upon the ground-effects to provide the majority of the downforce, or aerodynamic grip, a couple of options were available for the drivers and the team for the nose. At the lower downforce circuits, it would be at the driver's discretion whether the car would run with a front wing or not. In the case of the last evolution of the M29 chassis, the front wing would end up being attached to the top of the nose. This would get the wing up out of the way of the air flowing toward the sidepods and underneath the car, which was important for the production of downforce with the ground-effects chassis.
In any case, the front wing was merely a single-plane wing that attached to either side of the nose and was supported by a spar running through the nose itself. This single-plane front wing had a larger camber on its lower-side to help generate downforce providing greater balance at the front of the car.

In an effort to improve aerodynamic efficiency around the nose even further, the front suspension arrangement would go through an evolution as well. The front suspension on the M29 would be a double-wishbone arrangement with a solid upper arm. On the M28, the arrangement was similar, but the coil spring protruded out the side of the car's nose, and therefore, disrupted the airflow toward the radiators in the sidepod and the underside of the sidepods to help with ground-effects production. This would be changed on the M29.

As stated, the M29 featured a double-wishbone suspension. The solid upper arm had a central hinge that would be covered by the contoured fiberglass bodywork, which had a rounded leading edge to help smoothly direct the air over this part of the suspension. This bodywork was much more contoured on the M29 than its predecessor. The leading edge of the bodywork swept outward much more gently than the simple 'wing' shrouds used on the M28.
Underneath the bodywork, and in-board, the solid upper arm was attached to the top of the coil spring and provided the input for the front suspension. This design arrangement went through an evolution so that the coil springs could remain hidden inside, and underneath, the car's bodywork.

Truly a bathtub crash structure, the monocoque structure was deeply channeled out on the sides. This was designed on purpose to adhere to new regulations concerning larger cockpit openings to aid the driver getting out during an accident. Also in accordance with increased regulations, to the driver's front, the monocoque structure rose up over the top of the driver's legs and feet. Many of the designs prior to this time had an open area in the top of the foot box in which the steering column could be readily seen traveling down to connect to the steering rods. In contrast, the M29 had tubular framing that formed the roll-over structure at the front of the car. This tubular structure attached to the top of the aluminum monocoque tub structure.

Due to the rather short nose on the car, there was a short steering column utilized. The steering column was supported directly by the tub structure and attached to a part of the structure in the cockpit. A small instrument panel was made to attach to the tubular structure right in view of the driver.

Readily visible inside the cockpit, the gearshift and line running back to the car's McLaren/Hewland 6-speed manual gearbox ran just to the right of the driver's leg and hip. Otherwise unprotected, the contoured fiberglass bodywork formed the cockpit sides and was the only protection for the driver to the side.

Directly behind the driver's head, serving the same purpose as the roll-over tubular framing in front of the driver, was the tubular roll-hoop. This roll-hoop protected the driver in the event the car rolled. The roll-hoop ran right down inside the monocoque crash structure.

While Formula One will be forever considered the pinnacle of motorsport, from a period between 1966 and 1986 there existed a series that would likely be the closest to anything goes as any motor racing series could truly get. Based upon the FIA Group...
1979 Formula One Season1979 Season Review