The Tyrrell 006 was designed and built by the Tyrrell Racing Organization under the direction of designer Derek Gardner. The car was introduced near the close of the 1972 season, and during the off season, testing and development continued. During the 1973 F1 season, the car was driven by Jackie Stewart to a Drivers' Championship. This would be Stewart's third and final title. The 006 was similar in design to the preceding Tyrrell 005 and given an aluminum monocoqoue with double wishbone suspension setup in the front. In contrast to the first Tyrrell-built chassis, the number 006 became a model, rather than chassis-number. The previous Tyrrell cars were one-off constructions.Tyrrell built three examples of the 006 model, the 006, 006/2, and 006/3. The 006 model continued to be used during the 1974 Formula One Season, but it was slowly phased out and succeeded by the Tyrrell 007.
Stewart raced with 005 for the first two races of the 1973 while 006/2 was in construction. At the 1973 South African Grand Prix, Stewart drove 006 to its first victory. After 006/2 was completed, 005 was given testing duties and used during practice sessions.
Stewart would score five victories during the 1973 season, earning him the Drivers' Championship. Cevert also had several podium finishes. Cevert damaged 006 in a collision during the Canadian Grand Prix, and a new chassis, 006/3 was built up for his use in the following race. 006/3 would race just one event, ending in Cevert being fatally injured, when he crashed during practice for the final race of the season - the United States Grand Prix. After the tragedy, Stewart drove 006/2 around the Watkins Glen circuit, trying to understand what had happened to Cevert. After the lap, Stewart parked the car and would not complete in Formula One again. Tyrrell would finish the season in second place with 82 points, behind Lotus who had amassed 92 points. Tyrrell used 006/2 for the early races of the 1974 Formula one season. Jody Scheckter drove it in Argentina, Brazil and South Partica. Patrick Depailler used it as a back-up car after qualifying breakdowns in Spain, Monaco, and France.
By Daniel Vaughan | May 2011 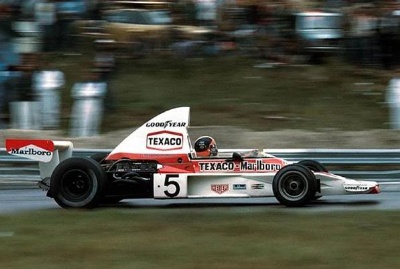 In his first season with McLaren, Emerson Fittipaldi enjoyed a strong start to the 1974 season. However, as the last half of the season carried on, strong results would be muted by early retirements. Just past the halfway mark of the season Fittipaldi... 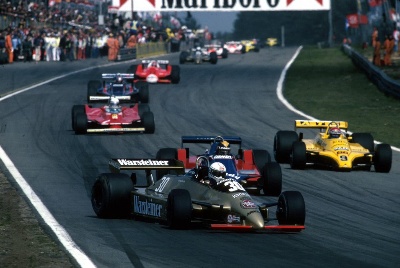 Following the outstanding performance in the 1978 24 Hours of Le Mans that resulted in victory for Renault, its only victory in the 24 hour race, Didier Pironi would be considered a man to watch. On the 4th of May, 1980, in just his second season in... 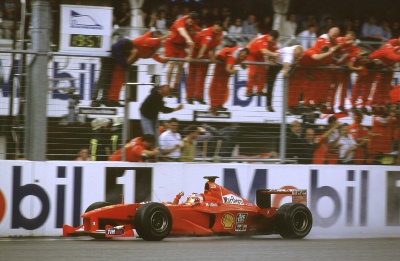 When Johnny Herbert signed with the brand new Stewart-Ford Racing team many believed Herbert to have missed out on his opportunity at success in Formula One. In fact, many would see a great divide between him and the obvious number one driver Rubens...
1972 Formula One Season1972 Season Review