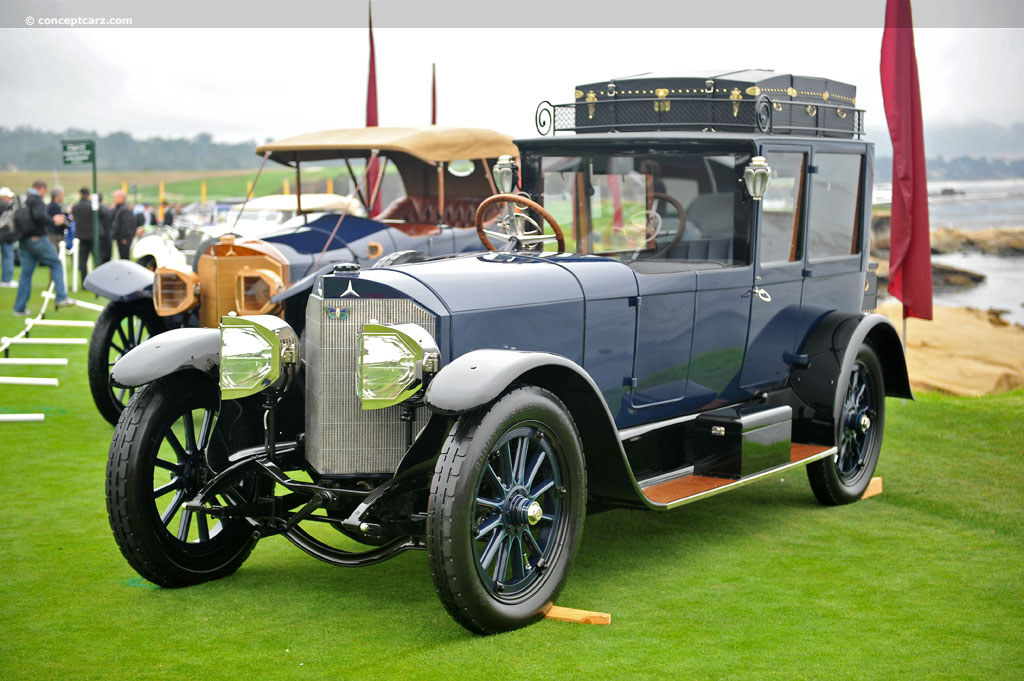 When Daimler Motoren Gesellschaft was formed, it focused its talents on the creation of stationary engines. Experimentations in creating an automobile, and by 1895, several models were put into production. They were offered with several engine options and there various types of bodies. In keeping with the companies conservative nature, none of the cars offered were very sporting. This changed when Emile Jellinke, an Austrian-born entrepreneur and Daimler agent, began requesting a racing car. He had driven a Daimler in the 1900 Nice Automobile Week but was very disappointed with the cars performance. A proper factory-built car was built, coupling a lightweight chassis with a powerful, 35-horsepower engine. Though the company was hesitant to build the car, Jellinke soon convinced them by placing an order for 36 such cars. The deal stated tat he was to be given exclusive sale franchise for Austro-Hungry, France, Belgium and America. The 36 cars were named after his eleven-year old daughter, Mercedes.

The Mercedes cars had a front-engine design, used a chain to drive the rear wheels, and engines that ranged from six to nine liters, though smaller 1,760 versions were available. As early as 1904, America had become an important market, with a quarter of Mercedes production destined for the US. This spawned the creation of a plant in the US, at Long Island City, New York. Production would continue in the US until 1907, when a fire destroyed the American factory.

In 1905, the 15/20PS became the first Mercedes to use shaft drive, though the larger cars continued to use chains.

The racing endeavor paid off for the Mercedes cars, when in 1908 a 140HP Mercedes driven by Christian Lautenschlager won the French Grand Prix. By this point in history, the Mercedes cars had become suitable for the road and were even being used by several European heads of state for official travel. The list of dignitaries included King Leopold of Belgium, England's Edward VII, and Kaiser Wilheilm II. The list of US clients included the Astors and Vanderbilts, Henry Clay Frick and Isaac Guggenheim.
by Daniel Vaughan | Sep 2011
Vehicle Profiles

From the start Mercedes cars were elegantly designed for high performance and favored by royalty and financiers of the old and the new world. Many others switched allegiance when in 1914 Mercedes placed first, second and third in the French Grand Pri....[continue reading]

PEBBLE BEACH, Calif. (August 21, 2014) -- It has been 100 years since the flag dropped at the legendary 1914 French Grand Prix. Just a handful of automobiles that competed in this iconic race are known to have survived and most were reunited on...