Sedan
Coachwork: Hayes Body Company
The Marmon Big Eight was introduced for the 1930 model year. The company also introduced a sixteen cylinder motorcar in November of 1930. Both cars remained in production until the company closed its doors in 1933.The Big 8 allowed Marmon to re-enter the high-priced luxury car market and it offered an advanced straight-eight engine that offered 125 horsepower from 315 cubic-inches. The gearbox had 4 speeds and the suspension was provided by semi-elliptic springs in both front and the rear. The brakes were a Bendix four-wheel mechanical system linked to a booster. Most of the bodies for the Big 8 were designed by LeBaron.According to the current owner, this Marmon was sold new by George Marquette Motor Sales of Chicago to a Chicago owner who ordered the crystal eagle that sits atop the radiator shell as well as the running board-mounted spot light. He traded in a Packard 443 roadster for the Marmon.
The Marmon Big Eight carries a body designed by Alexis deSaknoffsky and built by the Hayes Body Company. The Marmon Big Eight rides on a 136-inch wheelbase chassis.

7 Passenger Sedan
Coachwork: Hayes Body Company
The Nordyke & Marmon Company of Indianapolis, soon to be renamed the Marmon Motor Car Company, produced its first experimental car in 1902. The Marmon Big Eight was introduced in November 1930, a year before the company's famous 16-cylinder car, and both cars remained in production until the company closed its doors in 1933. Howard C. Marmon was a mechanical genius and the Marmon marque was known as one of the best riding and best performing luxury cars of that era. Five different Big Eight models appeared in the Marmon catalogue for 1930, including this seven passenger sedan. This 1930 Marmon is one of four known to survive with this coachwork designed by Count Alexis de Sakhnoffsky and built by the Hayes Body Company.

230-CAR COLLECTION TO BE OFFERED 1-2 MAY - ALMOST ENTIRELY WITHOUT RESERVE RM Sothebys unveils additional feature cars across all categories from the incredibly diverse Elkhart Collection ... 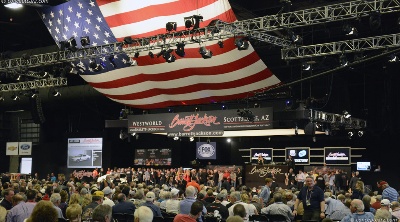 BARRETT-JACKSON'S 43RD ANNUAL SCOTTSDALE AUCTION PROVES TO BE THE MOST SUCCESSFUL IN COMPANY HISTORY, EXCEEDING $113 MILLION 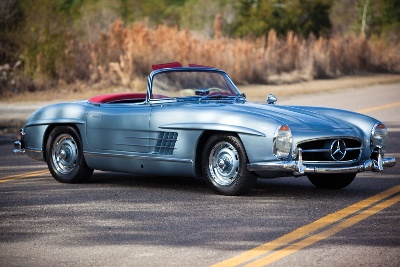 RM Auctions announces additional highlights for its 16th annual Amelia Island sale, held March 8th at the Ritz-Carlton Recent entries are led by a 1957 Mercedes-Benz 300 SL Roadster that was origi... 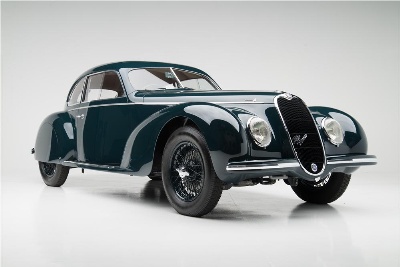 Rare and Desirable Vehicles Plus One Fully-Operational Carousel Will Cross the Auction Block at Companys Monumental Scottsdale Auction, Jan. 12-19, 2014 SCOTTSDALE, ARIZ. (Dec. 18, 2013)...
© 1998-2020. All rights reserved. The material may not be published, broadcast, rewritten, or redistributed.