Sold for $275,000 at 2011 RM Auctions at Monterey.
Daimler and Benz merged to form Daimler-Benz in June of 1926. The combined workforce numbered perhaps 20,000, yet combined production was barely 2,000 cars. Their automobile was still considered a luxury product. To this limited market, Daimler-Benz appealed with an offering of mid-range vehicles built in Mannheim and the essentially custom-built machines that were built in Unterturkheim near Stuttgart.A new Mercedes-Benz series, internally coded W 18, entered production in 1933 as a replacement for the type 350/370 Mannheim series. These cars, more commonly referred to as the Type 290, brought with them a number of advanced engineering features such as hydraulic brakes, a transverse leaf-spring/coil spring front suspension, a coil-sprung floating rear axle, and a 60 horsepower side-valve six-cylinder engine. Body styles included a four-door touring car, a four-door sedan and four two-door convertibles or cabriolets (A,B,C,D) with seating for three or four.In 1934, a long-wheelbase version of the 290 was introduced, with factory-bodied offerings that included a six-seat touring car, a four-door sedan, four cabriolets (A,B,D and the F Pullman), a Pullman limousine, a streamlined sedan, a roadster and a bare chassis. In 1937, the new Type 320 was introduced as a replacement for the 290 chassis.
This example, a Cabriolet D, has a unique combination of front-opening or 'suicide' front doors and rear-opening rear doors. This long-wheelbase Mercedes was part of the production series RB 10 18 17/18 and built at Mannheim. It was eventually exported to the United States. A restoration was completed in 2000 followed by a public appearance at the 2001 Pebble Beach Concours d'Elegance. It was Best interior at Ault Park in 2002 as well as a CCCA National First Prize.
The exterior is finished in deep black paint and features chrome wire wheels, dual side-mounted spare tires, driving lamps, dual Hella spotlights, a rear luggage rack, trafficators an a pair of landau irons. The interior is trimmed in light tan upholstery and includes a wood grain dash, and a full-width grab handle for the rear passengers.Power is from a 2867cc side-valve inline six-cylinder engine that offers 60 horsepower and is mated to a four-speed manual gearbox. The wheelbase measures 102-inches.
In 2011, the car was offered for sale in Monterey, Ca. presented by RM Auctions. It was estimated to sell for $200,000-$300,000. As bidding came to a close, the car had been sold for the sum of $275,000, including buyer's premium.
By Daniel Vaughan | Oct 2011
Both the 230 and 290 were more traditional representations of Mercedes designs. The Mercedes-Benz 290 was produced from 1934 to 1936 with a total of 2,929 models produced. Vehicle types were the cabriolet, 2 doors (B, C, C lang cabriolet types), Saloon, 4 doors, 4 seats (streamline saloon types also). Engine types had a capacity of 2867 cc, with S6 SV capacity.The 170 range that was unveiled in the new 1934 range was closely futuristic in its look and design. Rear-engined, the 170 H was very similar to the forthcoming VW Beetle. Not produced again until after 1939, the 170 range did not sell in large numbers.

Becoming a renowned motor vehicle, the 500 was a handsome, if a somewhat sinister looking vehicle to look at. The 500K was even more magnificent with a 3.8 liter straight eight engine that displaced a 5019 capacity and was fitted with a supercharger. In 1934, its available 160 bhp was a huge figure that was incredibly smooth to drive. Used for only a few two-seater vehicles with special bodies, it was fitted with a short-wheelbase chassis. The radiator was placed back, right above the front axle, and these models carried the designations 500 K sports roadster, sports cabriolet and sports coupe. The chassis of the 500 K was complete with helical-spindle steering that had been adopted, though in a further refined form, from the earlier 380 series. This new double-wishbone axle was fitted with coil springs placed at the front, and the double-joint swing axle, complemented by double coil springs along with additional transverse balancing spring, placed at the rear.
With the mechanical parking brake placed on the rear wheels, the vacuum-boosted service brake acted hydraulically on all four wheels. The entire vehicle weighed 2,300 kilograms, with a chassis that weighed as much as 1,700 kilograms.
The elegance of the 500 K body was considered to be quite a vision that was unparalleled. The most ingenious coachbuilders in Sidelfingen are responsible for its design. Very few customers opted for bodywork tat tailored by independent bodybuilders, as the Sindelfingers rose above themselves in accommodation customers' special wishes. A total of 342 units of the 500 K models were produced within two years. In 1936, the 500 K was replaced by the 540 K with a new supercharged 180 hp engine in response to the virtually insatiable craving for performance. A total of 319 units of the 540 k were produced.By Jessica Donaldson
Concepts by Mercedes-Benz 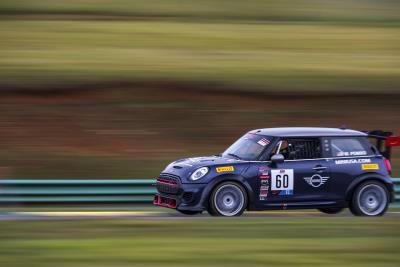 MINI USA and the MINI John Cooper Works Team returns to the track this weekend at Watkins Glen International in Watkins Glen, N.Y., fielding cars in both the Touring Car (TC) and Touring Car A (TCA) classes for the 2021 SRO TC America series. The #60... 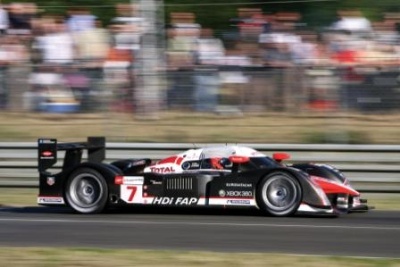