Cabriolet
Liberty airplane engines were the goal when Henry and Wilford LeLand founded the Lincoln Motor Company in 1917. But within a few short years - 1920 to be exact - luxury automobiles began rolling off their assembly line.But after facing insurmountable financial difficulties, Lincoln was acquired by Ford Motor Company in 1922. Edsel Ford was tapped to lead Lincoln and he brought Lincoln out of its doldrums and into the future with his vision and design sense. Under Edsel's direction, Lincoln became one of America's premier luxury car companies.Edsel was the president of Lincoln and he often had custom-made cars built for his personal use. Edsel Ford was heavily influenced by the current European designs and wanted Lincoln to produce a sleek modern luxury car. This idea was brought into reality by the designer Eugene Turrenne 'Bob' Gregorie, Jr. His design has become a timeless exercise in automobile styling. He sketched a proposal over a blueprint of a Lincoln Zephyr chassis. Edsel, too, had an innate sense of style and offered more than a few suggestions about its design, including the 'continental' spare tire at the rear. A prototype was constructed and when shown to his wealthy friends in Palm Beach, they asked if they could have one, too. Since it was so well received in Florida, Edsel called Bob and told him to design and built a second cabriolet. The first was not quite suited for production, so he gave the go-ahead to build a test vehicle for working out body engineering problems.
In fact, noted architect, Frank Lloyd Wright considered Gregorie's Continental 'the most beautiful car in the world.' Initially one car was built for Edsel along with another with another engineering prototype. Although Edsel Ford's personal Continental was later disassembled by Lincoln, the second prototype still exists today. This car was given to Bob Gregorie by Edsel Ford in the fall of 1939. Mr. Gregorie updated the car with modifications similar to production cars as well as a metal spare tire cover and a repaint in Sahara Tan. Somehow, the car ended up in Beverly Hills, California providing transportation to clients of an aircraft company. The next owner used it to haul construction materials for a house he was building. While under the stewardship of still another owner, the car was badly hit on its left side rendering the car a total loss.
After a series of several owners who intended to restore the car, it was purchased by Mr. Anderson in 1977, but he did not begin its restoration for another 20 years. The restoration of this remarkable car was completed in 2002. The current owners immediately took the car to show the then 94-year-old Bob Gregorie, who was thrilled to have a ride in it once again. 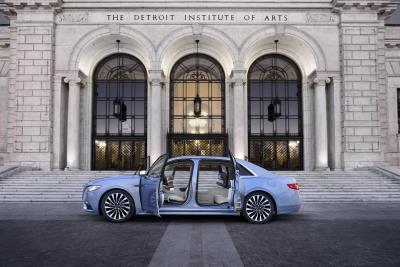 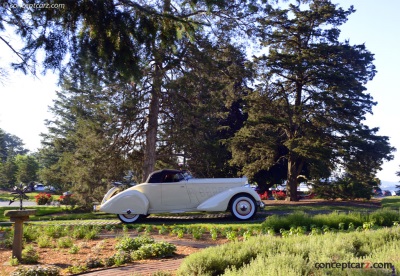 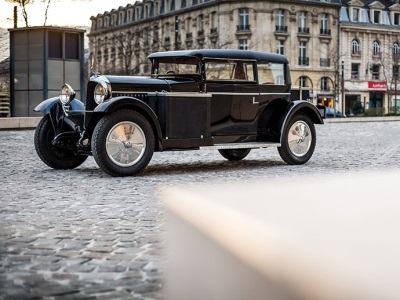