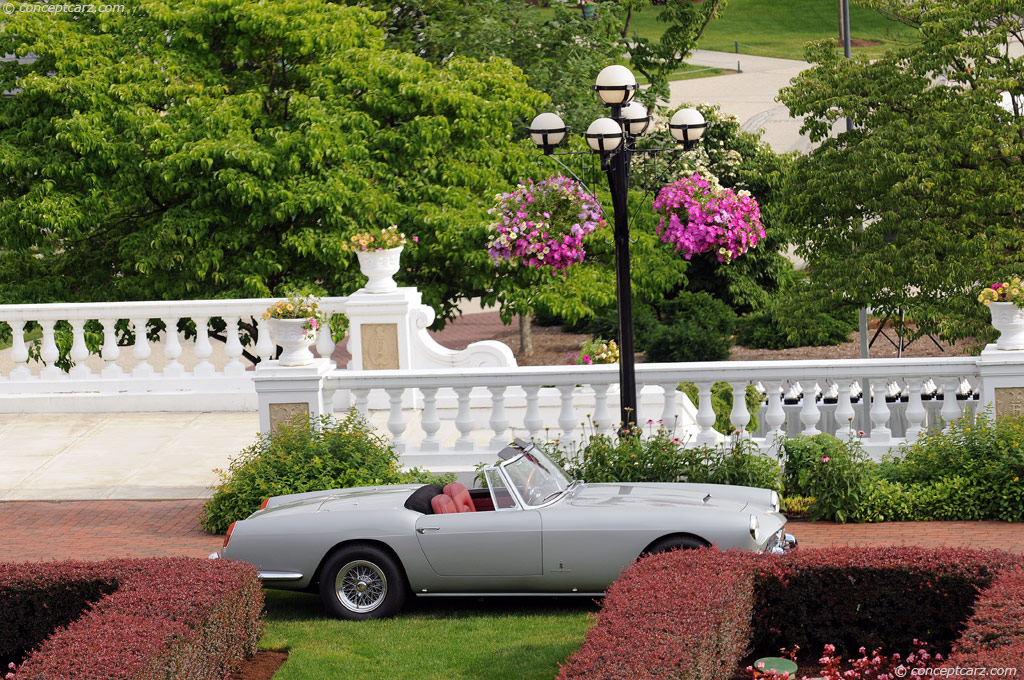 By the late 1950s, Ferrari had a worldwide dealership network and was represented in seventeen countries by forty-one dealers including twelve in Italy alone. This success was due, in part, to the Ferrari 250 GT family of models. By 1958 the 250 GT c....[continue reading]

By 1954, the majority of road-going Ferraris were bodied to the design of Battista Pinin Farina with Scaglietti handling most of the sports racing models. From then until 1973 when the Bertone-designed 308GT4 was announced, the design efforts of othe....[continue reading]

The Ferrari 250 series helped sent the stylistic and cultural tone for the company and was their crowning achievement of the 1950s and early 1960s. Personalization and owner's wishes continued to be paramount at Ferrari, allowing buyers to select eve....[continue reading]

This unrestored Ferrari has spent many years in static storage. It was among the very last Series II Cabriolets built (the 198th of 200 examples) and its chassis arrived at Pininfarina's workshop in Torino in May 1962. It was completed in late Octobe....[continue reading]