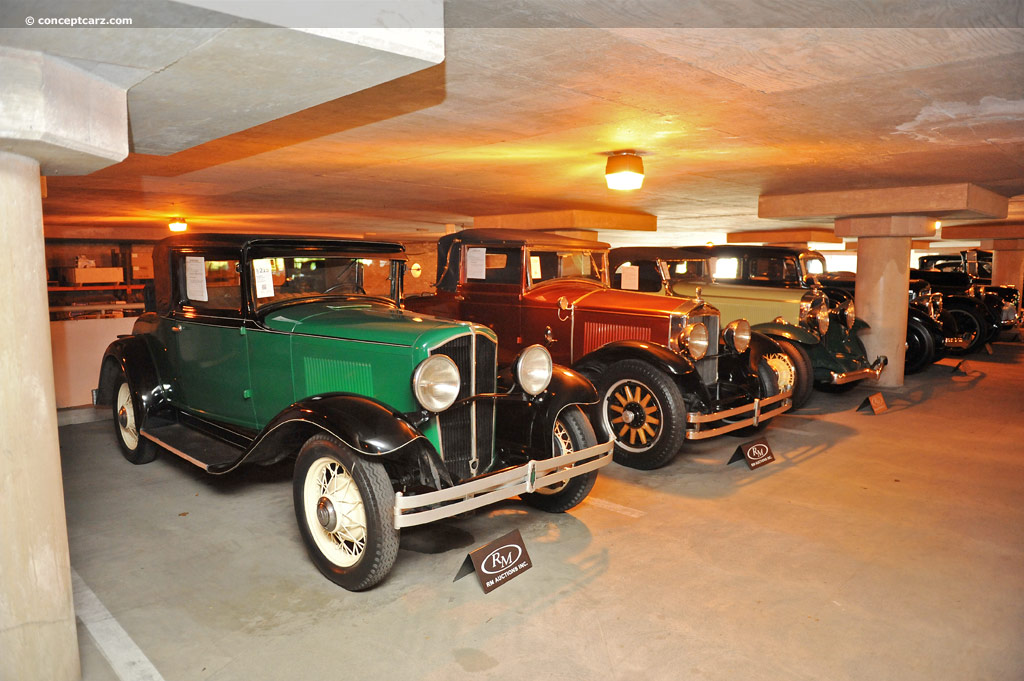 Custom Coupe
Chassis #: M-4619
Sold for $11,000 at 2011 RM Auctions - Hershey.
Norman deVaux was a friend of William C. Durant and organized the Chevrolet Motor Company of California. Later, he helped organize the West Coast companies for Star and Durant operations. In 1930, he teamed with Colonel Elbert Hall of the Hall-Scott Motor Company to form the DeVaux-Hall Motors Corporation. They leased space from the Hayes Body Corporation in Grand Rapids, Michigan and by April of 1931 the DeVaux 6-75 was ready for market. The car was shown at the New York and Chicago Auto Show in hopes of raising some enthusiasm for the new product, especially considering the era in which it was created - The Great Depression. The new car was powered by an L-head six-cylinder engine designed by Hall and was available in a range of four models priced from just under $600 to nearly $800. The engine was rather unusual for such a modestly priced car, as it had six separate ports for intake and exhaust. Though a difficult price group to contend in, the car was well equipped, stylish, and a relative bargain. Devaux offered two body styles, a coupe and a sedan, but each was offered in four stages of trim and equipment: Standard, Sport, Deluxe and Custom. The Standard cars had wood artillery wheels and Bedford cord upholstery. The coupes gained a rumble seat while the Sport models added wire wheels and mohair. During the 1931 model year, the company sold 4,808. It was the companies first year in business, and this level of sales was impressive, but it was not enough to keep the company afloat. By January of 1932, the partners decided to sell the company. The following month, Continental Motors Corporation bought the DeVaux name and the Michigan assets of the company. They refined the product, made modifications to the vehicle, increased the horsepower of the engine, and re-introduced the product. Their car was the De Vaux Continental. Unfortunately, their efforts were not rewarded, as just 1,358 cars were sold for the entirety of 1932. By this point, both Hall and de Vaux were no longer with the company, so Continental introduced a model line of two sixes and a new four and marketed the car as a Continental only. These new cars were introduced in 1933. By the close of 1934, Continental made the decision to return to engine building exclusively.
This DeVaux 6-75 Sport Coupe was acquired by the Nethercutt Collection in February 2004 from Bradley Flint of Greene, New York. Prior owners included Donald Dunbar of Binghamton, New York. Around 1999 it was repainted, with hand-painted white pinstripes over the green body color. The roof is black leather, which appears original, and has been repaired in places. The interior houses the original cloth on the doors, seats and headliner.
Under the bonnet is an L-head, six-cylinder engine displacing 214.7 cubic-inches and offering 65 horsepower. There is a three-speed manual transmission, a 112-inch wheelbase, and four-wheel mechanical drum brakes. It is believed that there were just 52 Model 6-75 cars and only seven of them were the Sport Coupe. In 2011, this car was offered for sale at the Hershey, PA auction presented by RM Auctions. The car was estimated to sell for $8,000 - $12,000 and offered without reserve. As bidding came to a close, the car had been sold for the sum of $11,000 inclusive of buyer's premium.
By Daniel Vaughan | Aug 2018 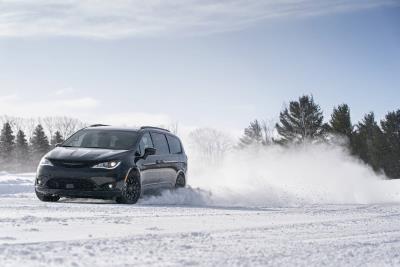 With unique Dark Bronze and Titanium finishes, the new 200S and 300S Alloy Editions showcase Chrysler brands leadership in color and material design Based on the blacked-out Chrysler 200S and 300S... 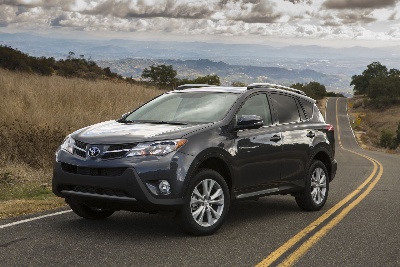 TORRANCE, Calif., May 6, 2013 – The arrival of the new 2013 next-generation Toyota RAV4 SUV has led to a sales surge for the original crossover SUV that began what is now the fastest growing segment...
© 1998-2020. All rights reserved. The material may not be published, broadcast, rewritten, or redistributed.