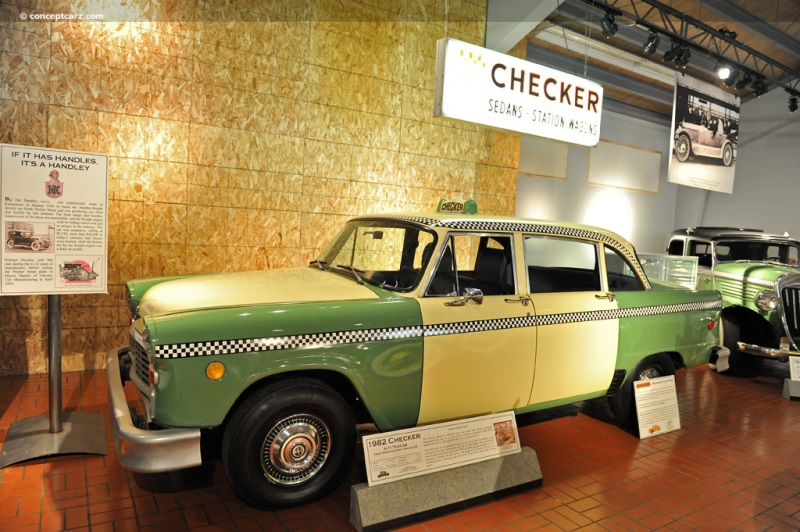 Sedan
This Taxicab, painted in traditional green and cream with Checker's trademark checkerboard trim, was the very last Checker automobile produced. It rolled off the assembly line July 12, 1982 and marked the end of an American icon.This body style was introduced by Checker as the A8 in 1956 and remained nearly unchanged for 26 years. In production from 1922 to 1982, Checker Motors had been in the world's largest manufacturer of taxicabs. When you called a taxi in any large United States city, it was likely a Checker cab that arrived. The image of the Checker Cab lives on in countless movies, commercials and even in the 'Grand Theft Auto' series of video games.This A-11 taxicab is powered by a Chevrolet V-6 engine offering 110 horsepower. It rides on a 120-inch platform and originally sold for $10,950.