Toyota engineers were challenged to design a new mid-sized concept for potential global market introduction by 2015. The NS4 concept is a dedicated plug-in hybrid, separate from the Prius family, designed with future mobility requirements in mind.

'In this digital age, cars are becoming another spoke in the wheel of our electronic connectivity,' said Jim Lentz, TMS president and chief operating officer. 'NS4 demonstrates Toyota's take on the human connection to the car with technology that considers both emotional and rational relationships, person-to-car and car-to-society.'

Sleek, Futuristic Styling
The NS4 concept signals a new styling direction for the Toyota brand aimed at creating an emotional connection with consumers. NS4 styling lines reflect a new take on the aerodynamics of the modified triangle, with a low height and cabin-forward tilt. The distinctive open trapezoid grill is accented by a floating lower spoiler and wing-like daytime running lights wrapping around to a sculpted fender. Rear lamps wrap around the sides of the vehicle to quarter sections layered into blistered fenders, while the rear lamp wings create a sharp edge and the effect of a rear spoiler.

Increased Connectivity
Traditional vehicle development cycles average four years, but this is rapidly changing in the digital age. Vehicles have become another communication hub in the connected-consumers lifestyle and automakers must integrate the latest technologies into their product offerings. In fact, connected vehicles are the third-fastest growing technological device, behind smartphones and tablets.

Vital Stats
Toyota has formed special alliances with technology leaders such as Microsoft, Intel and Salesforce to explore the creation of seamless vehicle interfaces with emerging technologies. These alliances will help ensure Toyota is at the forefront of this emerging sector of the automotive market.

The NS4 concept's Human-Machine Interface (HMI) provides a user interface built around a multi-touch screen with the look and feel of a smartphone. The simple, intuitive operation conveys information quickly while minimizing distractions and maximizing driver awareness. The multimedia and vehicle-controls enhancement also will direct air conditioning, audio, battery-charge and navigation functions. The HMI system is even capable of 'learning' driver preferences and habits to anticipate driver responses in specific environments and situations. This concept represents a truly connected vehicle, offering the latest technology in a responsible and convenient package.

State-of-the-Art Safety Features
The NS4 introduces a next generation Pre-Collision System (PCS) with lane departure, rear-end and pedestrian collision avoidance technologies designed to predict collisions under certain circumstances and help avoid them. This PCS uses millimeter-wave radar and stereo cameras mounted on the front of the vehicle to detect and react to lane departure, pedestrians and other vehicles. In addition, the system emits near-infrared beams to enhance PCS recognition at night. This driver assistance feature helps to avoid collisions with other vehicles, road-side obstructions, and pedestrians by applying the brakes and manipulating steering.

The current generation PCS, available in certain Lexus and Toyota vehicles, is designed to identify certain objects directly in the road ahead. If PCS determines that a collision is imminent, the brake assist system is placed in standby mode, a warning is displayed and a buzzer sounds. If PCS determines that a collision is unavoidable, the system still will alert the driver via a warning light, warning display and buzzer, apply the brakes and automatically retract the driver and front passenger seatbelts.

The pop-up hood structure automatically raises the rear of the hood to increase the space underneath, helping to reduce pedestrian head injuries caused by a collision with the front of the vehicle, within certain speed ranges. This innovation is the result of testing and verification using both conventional crash-test dummies and Toyota's Total Human Model for Safety (THÚMS) virtual model.

Úsing sub-millimeter wave radar, the Blind Spot Monitor (BSM) is designed to detect a vehicle in the adjacent lane and visually alerts the driver using visual indicators placed in the upper dash.

Anti-solar film with radio-wave transparency – Reduces the internal vehicle temperature and improves electronic device functionality
Inner and outer rear view mirrors have been replaced with cameras that provide the driver with a panoramic rearward view. The rearward image is displayed on a dedicated dashboard mounted screen above the navigation screen and provides a wider view than conventional rear view mirrors. The rearward panoramic camera view working in combination with the Blind Spot Monitoring (BSM) system enhances driving visibility. 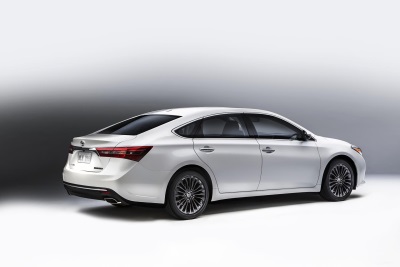 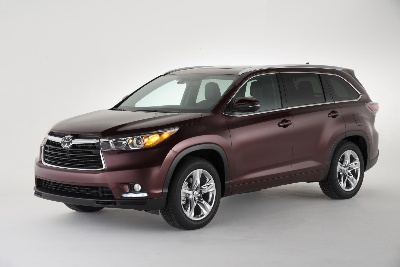 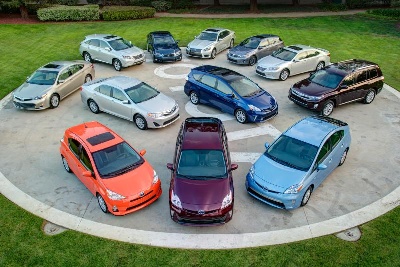 Torrance, Calif., April 16, 2013 - Nearly 2 million (1,951,243) Toyota and Lexus hybrid vehicles have been sold in the United States, significantly reducing CO2 emissions and fuel consumption. ...
© 1998-2020. All rights reserved. The material may not be published, broadcast, rewritten, or redistributed.