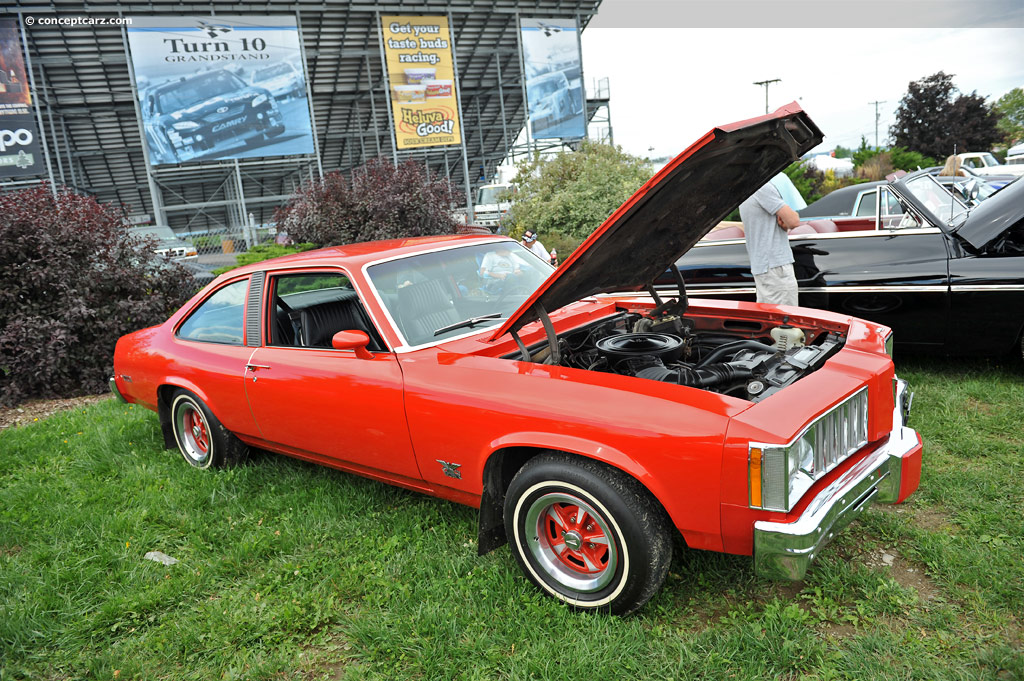 The Pontiac Phoenix, produced from 1977 to 1984, rested on the GM x-platform and was similar to the Ventura, varying in only minor details such as the yellow rear turn signals, square headlights, and grille. The first generation of styling lasted from 1977 through 1979, and the second generation was from 1980 through 1984. 1978 Pontiac models included the subcompact Sunbird powered by four or six-cylinder engines, the sporty Firebird that included base, Esprit, Formula, and Trans Am trim levels, the LeMans in base, Safari, Grand LeMans, and Grand LeMans Safari trim, the Grand Am coupe and sedan, Grand Prix offered solely as a coupe, and full-size Catalina and Bonneville. The Ventura was discontinued following 1977, leaving the compact Phoenix to fill the void, offered as a coupe, sedan, and hatchback. Prices ranged from $3,870 to $4,075 for the six-cylinder Phoenix-models while the base eight-cylinder versions were priced from $4,00 to $4,200. The LJ trim level added deluxe wheel covers, rocker panel moldings wheel opening, and stand-up hood ornament. The LJ was offered as a coupe priced at $4,360 and a sedan at $4,430 with six-cylinder power.
A four-cylinder engine, reducing costs by $170, had overhead-valve, a 151 CID displacement, 85 horsepower, and delivered 123 lb-ft of torque. The 90-degree V-6 engine had overhead valves, a cast-iron block and head, a 231 cubic-inch displacement, hydraulic valve lifters, four main bearings, a two-barrel Rochester carburetor, and delivered 105 horsepower and 185 lb-ft of torque. A three-speed manual transmission was standard, and a four-speed manual and Turbo-Hydrmatic optional.
Standard equipment included hubcaps, lighter, E78x14 blackwall tires, and a heater/defroster. The grille had a wide center divider that held 'Pontiac' lettering below a Pontiac emblem. There were single recessed rectangular headlamps and tall clear, marker side markers. A Phoenix emblem was low on the cowl. In the back were flush-mount taillamps in frames with two divider ribs. The backup lights were located in the center of each lens set. The most popular body style was the sedan with 32,529 examples produced. 26,143 were coupes and 3,252 were hatchbacks. Among the LJ trim level, the coupe added 6,210 units and 8,393 of the sedan. Production of the Phoenix continued through 1984 and for 1985 it was replaced by the Grand Am resting on the front-wheel-drive GM N-body platform.
By Daniel Vaughan | Dec 2020

The Pontiac Phoenix was in production from 1977 to 1984. From 1977 to 1979, the Phoenix had a rear-wheel-drive configuration. For 1980, it became front-wheel drive. The Phoenix was based on popular Chevrolet models and rested on GMs X-platform. The name Phoenix was sourced for the Phoenix bird in the mythologies of Persians, Greeks, Egyptians, Chinese, and Phoenicians that would live for....
Continue Reading >>
Concepts by Pontiac 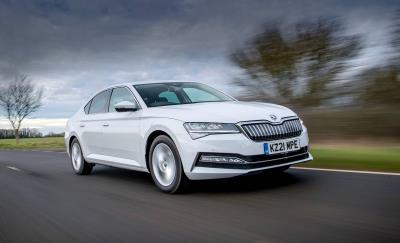 The flagship celebrates an anniversary: the first generation of the modern ŠKODA Superb turns 20

ŠKODA re-entered the large family car segment with the launch of the Superb on 11 September 2001 First modern generation was built on the success of its eponymous predecessors from the 1930s and 1940s ŠKODA Superb runs off the production line in...