Coupe
Chassis #: 02265837
Sold for $27,500 at 2012 RM-Automobiles of Arizona.
In 1951, Hans Glas entered the motor vehicle field with the Goggo motor scooter. It soon became apparent that there was a demand for inexpensive cars in the new Federal Republic of Germany. In the spring of 1955, the first Goggomobil left the factory at Dingolfing. Over the four years that followed, the company would produce more than 100,000 tiny coupes and sedans. They were small vehicles powered by a two-cylinder two-stroke engine. Three displacement sizes were available: 247, 296 and 395cc. By 1958, a front-mounted, four-stroke twin of 548cc and 700cc was introduced. When production ceased in June of 1969, 280,739 vehicles had been built, including 66,511 coupes with engines of varying capacity. From 1962 to 1966, a Spanish factory, Munguia Industrial SA of Bilbao, built Goggomobil cars and vans. Spanish versions were different from those produced in Germany. About 5,000 vehicles were produced in Spain.As the years progressed, Germans were able to afford larger and more lavishly equipped automobiles. Interest in the Goggomobil and similar small, compact vehicles began to dwindle. Glas could not compete with more established marques. Hans Glas was forced to sell his company to BMW in 1966. The Dingolfing factory would go on to become one of BMW's most important and largest manufacturing facilities.
This Goggomobil TS400 was once part of the esteemed microcar collection of Bruce Weiner. It has been freshly restored in 2011 to show quality. The work included a mechanical overhaul, new chrome and new whitewall tires. It is painted in black with a red vinyl interior. It is one of four known to exist with manual shift transmission. Power is from a 395cc two-stroke, inline two-cylinder engine developing 20 horsepower. There is a four-speed manual transmission and hydraulic drum brakes. The suspension is an independent setup with coil springs and swing axles.
In 2012, this Goggomobil TS400 Coupe was offered for sale at RM Auction's Scottsdale, AZ event. It was estimated to sell for $50,000 - $60,000 and offered without reserve. As bidding came to a close, the car had been sold for the sum of $27,500 inclusive of buyer's premium.
By Daniel Vaughan | Feb 2012 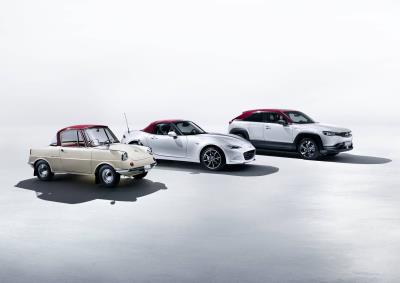