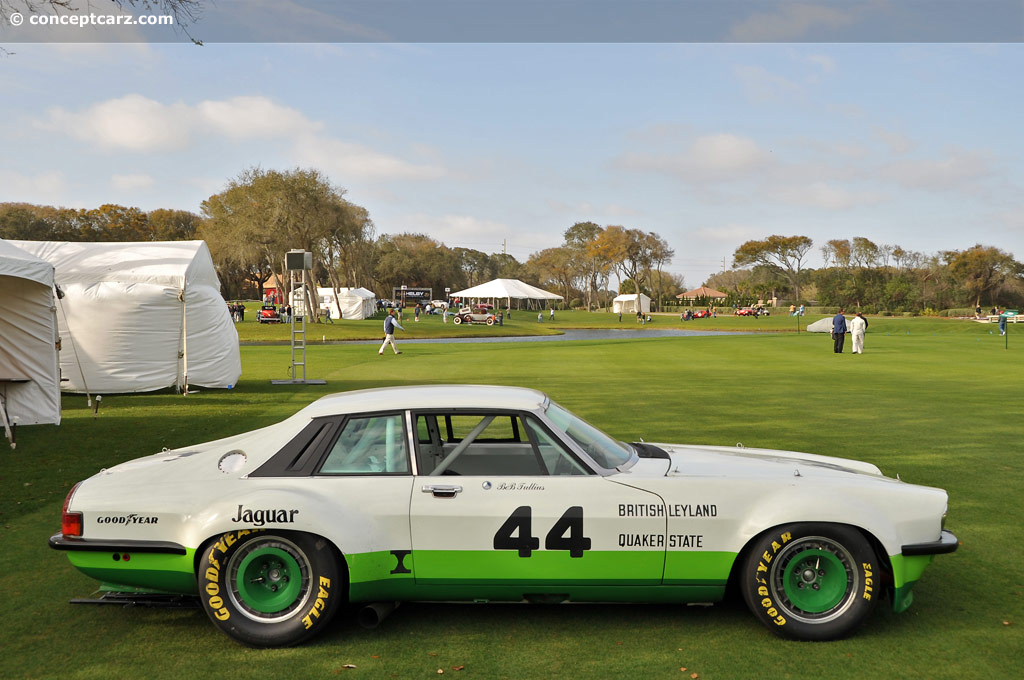 The Group 44 racing team was formed in 1965 by Bob Tullius. Tullius' racing career began in 1961 where he won the points championship. He raced Triumph TR4s the following year with enough success to convince him to pursue motorsports professionally, becoming the principal driver for Triumph's North American Competition Director Kas Kastner. He raced at the 1963 edition of the 12 Hours of Sebring and would win six SCCA Championship races in the factory TR4.

Co-Founders of the Group 44 racing team included mechanic Brian Fuerstenau and New York advertising executive Dick Gilmartin, both of whom were also racing drivers. Gilmartin provided the 'Group' name and Tullius added the '44.' The color schemes initially was white with black stripes, but this was later changed to include a green stripe when they arranged sponsorship from Quaker State motor oil, a division of Royal Dutch Shell. This sponsorship remained with the team several decades.

The team enjoyed a rather long racing career thanks to their three-pronged approach to the business. Along with racing their own cars, they built and prepared racing cars for paying customers. Another aspect of the business was the marketing and sponsorship department which provided another financial venue.


Tullius began making a name for himself in the Trans-Am series in 1966 and by the time he retired two decades later, Tullius had competed in 60 Trans-Am races and won 21 of them, making him the second most winning driver in the series' history. The team initially used Triumph TRs and Spitfires, later switching to MG and Jaguar models.

The Group 44 cars raced in Trans-Am and IMSA racing during the 1970s and early 1980s. With the teams success in Trans-Am, Jaguar's vice-president of sales, Michael Dale, recognized an opportunity to capitalize upon this success. Since British Leyland had no interest in sponsoring a race program, Dale suggested that a competition variant of the new XJ-S could stimulate interest and publicity for the new model. Dale contacted the Group 44 team about the possibility of entering an XJ-S in Trans-Am. In preparation for the 1977 season, Tullius took a stock factory XJ-S, which project manager and occasional driver Brian Fuerstenau and crew chief Lawton 'Lanky' Foushee modified for competition. The team and the car raced in the series' Category I division with Tullius earning the 1977 Driver's Championship.

To remain competition in the following season, the team decided that a lighter, more purpose-built car was needed. The Coventry factory agreed with their request and had an XJ-S body acid-dipped to reduce as much weight as possible. The body shell was then delivered to Group 44 in Falls Church, Virginia, and prepared by Fuerstenau and Foushee for competition. It was given a 32-gallon fuel cell and one of the 5.3-liter Jaguar V-12 engine they had modified with six Weber carburetors replacing the prior fuel-injectors, resulting in an increase to approximately 500 horsepower.

The new Jaguar competed during the 1978 ten-race season, placing 9th at the first contest at Sears Point, California, on May 21. It placed 2nd at Westwood, British Columbia, on June 4, and a 3rd place at Portland, Oregon, on June 11. Its first victory came at the Mont Tremblant race at St. Jovite, Quebec, on June 25, following by a string of seven consecutive victories to close out the season. After winning at Road America on September 4th, Tullius once again claimed the Driver's Championship, while the Manufacturer's Championship was clinched with a win at the season's final contest, the Copa Mexico Trans-Am in Mexico City on November 5.

The Group 44 raced three weeks later with the Jaguar at IMSA's Camel GT season-ending 250-mile Challenge at Daytona, where the car encountered a power steering issue while running in 3rd place, yet it still managed to finish in 9th place.

The Group 44 team continued to operate until 1990 and during that time they won 14 national SCCA championships and three Trans Am titles. They capture over 300 race victories including eleven wins in IMSA GTP championship races. Bob Tullius drove until 1986, retiring after his final victory at the 24 Hours of Daytona. During his racing career, he raced no fewer than 252 races, winning 38 with 43 class victories. In 2014 he was inducted into the Sebring Hall of Frame. The following year he became a member of the SCCA Hall of Fame, and in 2017 he entered the British Sports Car Hall of Fame. The following year he was inducted into the Motorsports Hall of Fame of America.
by Daniel Vaughan | Jun 2020 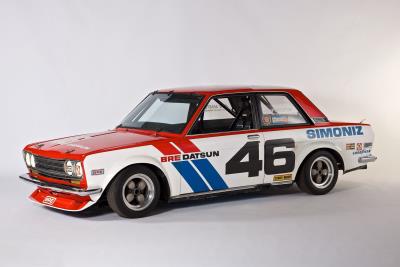 Nissan Honored As Featured Marque At The 2018 Classic Motorsports Mitty