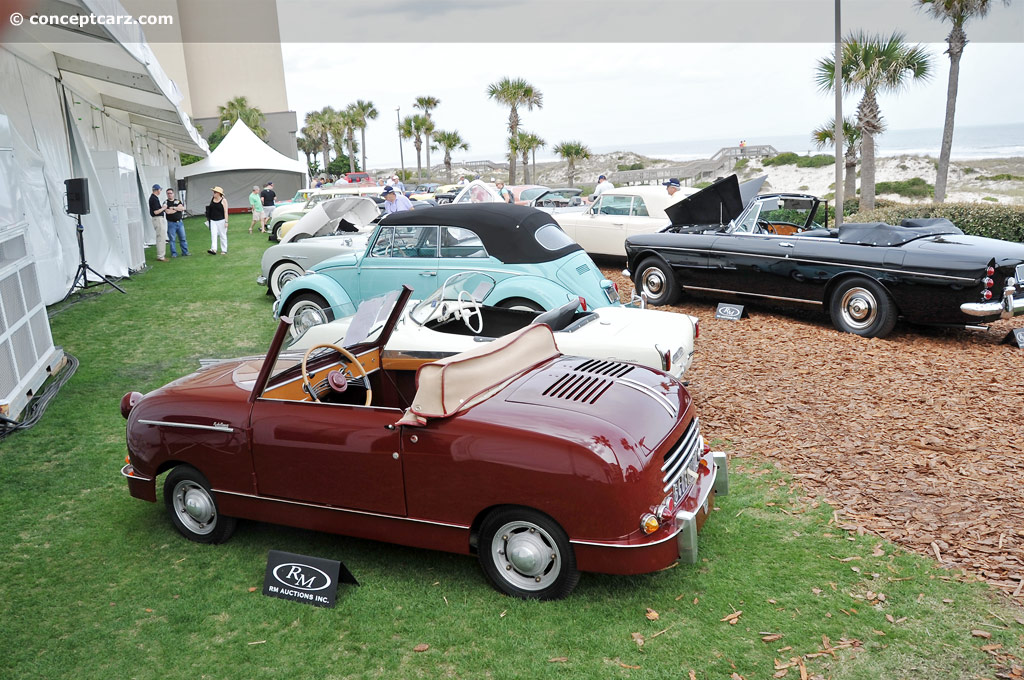 French based automaker, Rovin, produced vehicles from 1949 through 1959. Production at first was healthy, but after 1953, sales began to slow. The history of the company dates back to 1921 as a producer of motor-cycles. It was formed by racing driver and motorcycle constructor, Raoul Pegulu, Marquis of Rovin. The car was developed by Raoul but in 1946 production became the responsibility of his brother, Robert who continued to run the business after Raoul's death.

Following World War I, Rovin introduced their D1 prototype at the Paris Motor Show towards the end of 1946. The vehicle on display was a small cabriolet with no doors, a single headlight, and powered by a single-cylinder 260cc air-cooled four-stroke engine. Power produced by the engine was in the range of 6 horsepower. Top speed was in the neighborhood of 44 mph.

It is unclear how many (if any) Type D1 vehicles were produced for production. In 1947, the D2 was introduced and production began at the company's newly acquired plant at Saint-Denis. The Type D2, just like the D1, qualified for the 2CV fiscal horsepower category. The D2 was powered by a flat twin 423cc four-stroke water-cooled engine that offered around 10 horsepower. It had a three-speed gearbox and a top speed in the neighborhood of 50 mph.

The car had a small footprint and was formed from light-weight construction. Just like the D1, its engine was in the back. In the front there was a small hatch that provided access to the battery. The D2 also had two headlights.

Next came the D3, which was mechanically similar to the D2 but with a different body design. It had all new ponton format body with doors and the headlamps still stood out from the body. One of the reasons for this was to reduce the cost of production.

Next came the Rovin Type D4 which had a larger front grille and the headlights positioned slightly higher. Power was from a two-cylinder engine enlarged to 462cc and offering 13 horsepower. The length grew slightly and the gear box now had four forward speeds. Top speed was 53 mph. During the production lifespan of the D4, a total of 1,203 units were produced.
By Daniel Vaughan | Mar 2012

The Rovin Type D4 was the company's most popular vehicle. Power is from a 462cc four-stroke two-cylinder engine offering 13 horsepower. It has a four-speed manual transmission and hydraulic drum brakes. This example was part of a large private micro ....[continue reading]