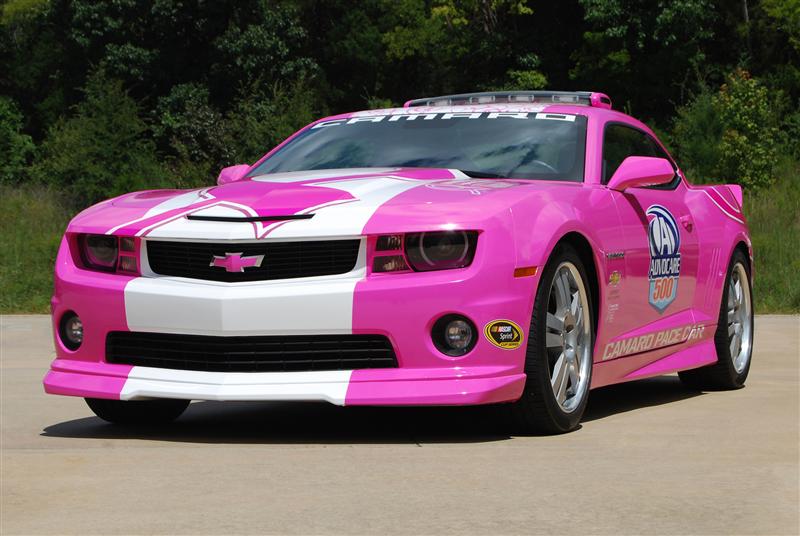 Chevrolet Racing will renew the brand's fight against breast cancer this weekend at Atlanta Motor Speedway where every lap run under the caution flag will lead to a $200 contribution by Chevrolet to the American Cancer Society's Making Strides Against Breast Cancer initiative.

'For our 100th birthday in 2011, Chevrolet began its support of the American Cancer Society, and the generous response from our dealers, employees and customers told us we needed to help the Society fight for more birthdays,' said Don Johnson, vice president of Chevrolet Sales and Service. 'At Chevy, we believe everyday heroes can accomplish extraordinary things, and it is in this spirit that we work to achieve a world without breast cancer.'

On Sunday, Chevy will donate $200 for every caution lap run during the NASCAR Sprint Cup Series AdvoCare 500, paced by the pink Camaro SS featuring the Making Strides Against Breast Cancer logo. In 2011, 64 caution laps at Atlanta generated $12,800 for the American Cancer Society.

'Last year, contributions of more than $900,000 supported the American Cancer Society's mission to save lives by helping people stay well and get well, by finding cures and by fighting back against this disease,' said Roshini George, national vice president of health promotions for the American Cancer Society. 'As we approach National Breast Cancer Awareness month in October, we want thank the Chevrolet family for its support and remind everyone to take the steps that make a difference in our fight against breast cancer.'

Founded in 1911 in Detroit, Chevrolet is now one of the world's largest car brands, doing business in more than 140 countries and selling more than four million cars and trucks a year. Chevrolet provides customers with fuel-efficient vehicles that feature spirited performance, expressive design, and high quality. More information on Chevrolet models can be found at www.chevrolet.com.Source - Chevrolet 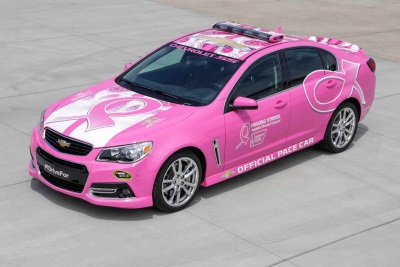 Brand has helped raise more than %244.4 million since 2011 DETROIT – Chevrolet and General Motors employees, dealers and customers are uniting to fight breast cancer this October for the fifth consecutive year. The goal is to exceed the... 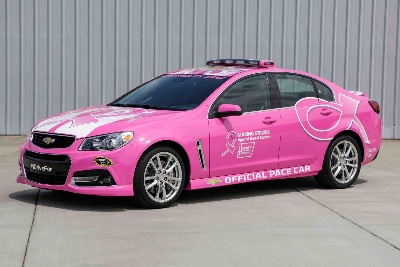 Brand has helped raise more than %243 million since 2011 DETROIT – For the fourth consecutive October, Chevrolet and General Motors employees, dealers and customers are uniting to battle breast cancer. They hope to exceed the %241.1 million... 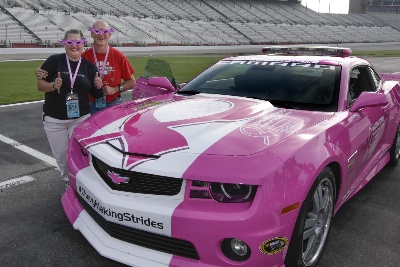 DETROIT – Chevrolet and General Motors employees, dealers and customers will unite for the third consecutive year in the fight against breast cancer. Together with the American Cancer Society, Chevrolet provides nationwide grassroots support of...

Chris Buescher finished eighth in Friday nights Kansas Lottery 98.9 at Kansas Speedway to bring home the 2012 ARCA Racing Series Championship after an extraordinary season with his Roush Yates engine. Buescher entered the final race of the season...
© 1998-2021. All rights reserved. The material may not be published, broadcast, rewritten, or redistributed.