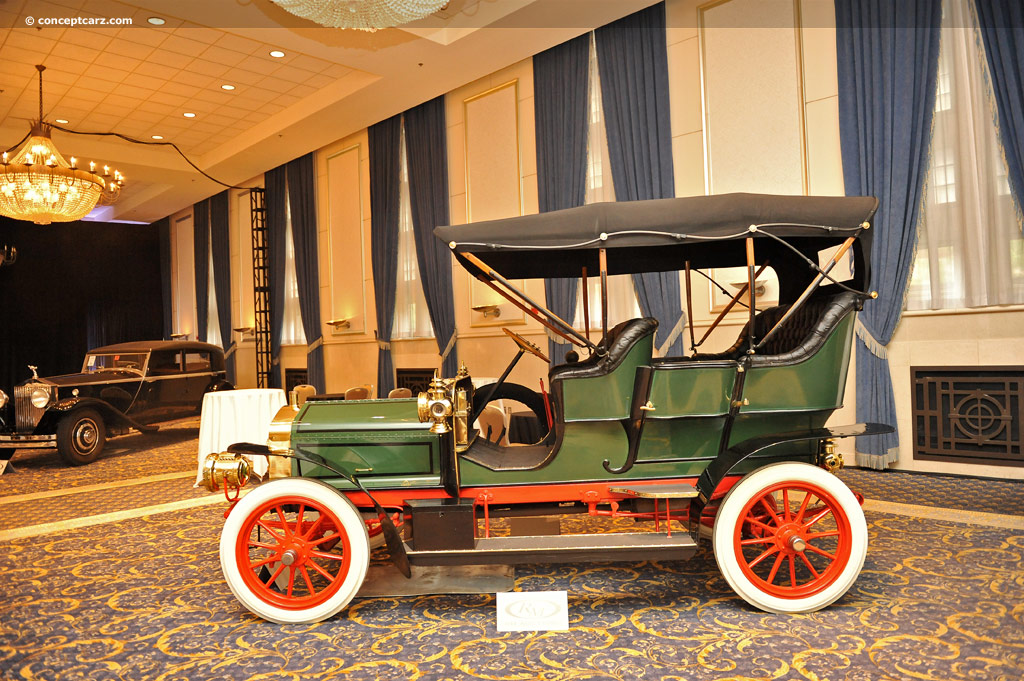 Touring
Chassis #: 07-110
Sold for $74,250 at 2012 RM Auctions - St. Johns, Michigan.
The Dolson automobile was produced from 1904 through 1907 and was based in Charlotte, Michigan. The company began building wagons during the late-nineteenth century. They built their first car in 1902 and began production in 1904. In 1906, the company's name was changed to Dolson Automobile Company. The cars were some of the early examples to adopt galvanized steel and copper sheet panel bodywork over the wood frameworks. In the spring of 1907, the Dolson Automobile Company purchased the equipment of the St. Anne Kerosene Motor Company in hopes of expanding their business. Unfortunately, this only led to financial instability. Involuntary bankruptcy followed late in 1907. In 1909, the Charlotte factory was sold to the Duplex Power Car Company, a truck building company. There were twenty-five Dolson cars in production when the company went under. Those vehicles were completed in the spring of 1908 by court order.This 1907 Dolson Model F sold new for $3,250, plus an additional $125 for the top. The 55/60 horsepower four-cylinder, L-head engine was mated to a sliding gear three-speed manual transmission. The exterior color is dark green with black accents and mudguards over a bright red-orange frame and black pinstriped undercarriage and matching wood spoke wheels carrying white tires. The car is a right-hand drive example and is equipped with a folding soft top, black diamond-tufted leather upholstery, &J acetylene headlights, E&J kerosene cowl lamps, a firewall-mounted Solar acetylene generator, dual spares on the right-hand running board, a Rubes-style bulb horn, brass radiator, kerosene taillight, and a brass spoke, wooden-rim steering wheel. The car has been given a sympathetic restoration that retains the original leather upholstery.
In 2012, this car was offered for sale at the St. Johns Concours auction presented by RM Auctions. It was estimated to sell for $80,000-$100,000. As bidding came to a close, the car had been sold for the sum of $74,250 inclusive of buyer's premium.
By Daniel Vaughan | Oct 2012

Touring
Chassis #: 07-110
Sold for $74,250 at 2012 RM Auctions - St. Johns, Michigan.
The Dolson family was a successful wagon builder in Charlotte, Michigan in the late 19th century. The company built its first car in 1902 and began full production in 1904. The cars were highly regarded for their fine mechanical features. They were also known for their early adoption of galvanized steel and copper sheet panels over wooden frameworks for the bodywork. Sadly, Dolson closed its doors in 1908 with an estimated production of just 700-800 cars.This Dolson Model H Touring Car is the only known surviving example, and one of the last automobiles produced by the company. It features a 55-60 horsepower L-head four-cylinder engine built by the Milwaukee Motor Company. Its dark green finish is an original color.This car was one of the lucky ones saved from a scrap pile. It was moved from museum to museum before it was discovered by a group of auto enthusiasts from Charlotte. It then disappeared for a while before being shown at the Concours d'Elegance of America RM Auction in 2012. The Dolson now resides just two blocks from the original factory where it was built, carefully and lovingly preserved. 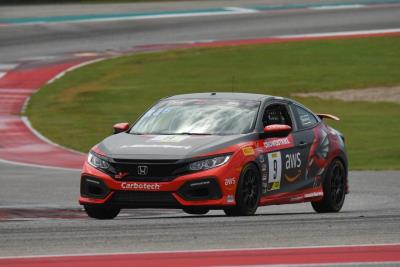