Some other small changes would enable Rosberg to put the car on the 12th row of the grid and ahead of Eddie Cheever in the Hesketh-Ford Cosworth. The joy, however, would be short-lived as Rosberg would be forced to retire from the race after just 15 laps with clutch failure.The Theodore TR1/2 chassis would continue to go through evolution before its next race, the non-championship International Trophy race held at Silverstone on the 19th of March. Work continued on the nose of the car. Instead of the blunt nose, the nose would be further refined until it would show up with a much more contoured leading edge. Now, all throughout this time of the TR1's career it had struggled just to make it into a single race. However, at the BRDC International Trophy race, Rosberg would somehow manage to put the car on the grid in the 11th spot. And, after Rene Arnoux failed to start, Niki Lauda spun off during the warm-up and many of the other main challengers retired within the early laps due to problems, the crowd would be shocked to see Rosberg giving it everything he had in the TR1 to maintain the lead.Chased by Emerson Fittipaldi in his own Fittipaldi-Cosworth F5A, Rosberg would hang on lap after lap. Fighting with everything he had, Rosberg would fend off Fittipaldi turning the fastest lap of the race and applying tremendous pressure. In the end, Keke would take an improbably win by nearly two seconds over Fittipaldi. All of a sudden the TR1 had gone from worst to first. 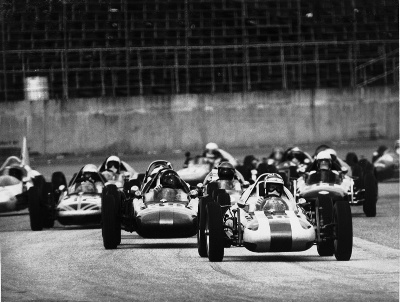 In 1983, a little-known Belgian driver by the name of Thierry Boutsen would buy his way into a drive with the Arrows Racing Team in time to take part in the Belgian Grand Prix. Though he would retire...
1978 Formula One Season1978 Season Review