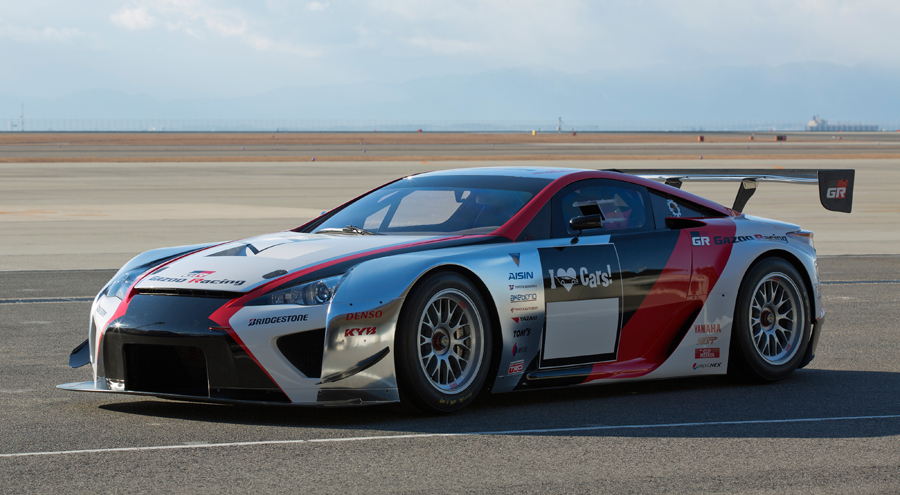 Toyota City, Japan, January 11, 2013—Toyota Motor Corporation (TMC) announces that its GAZOO Racing team will enter the Lexus 'LFA' and Toyota '86' in the 41st 24 Hours Nürburgring endurance race to be held in Germany from May 17 through 20 (local time). This will be TMC's seventh entry in the race since 2007.

The GAZOO Racing team competes in the race to aid TMC's vehicle development and, as TMC employees serve as mechanics and drivers, to aid the development of human resources capable of 'automotive seasoning'. TMC has subsequently launched 'GAZOO Racing tuned by MN'1 (GRMN), 'G Sports'2 (G's) and other tuned models to give car enthusiasts a taste of the thrill of racing. TMC's participation thus is part of its initiatives to make ever-better cars.Source - Lexus