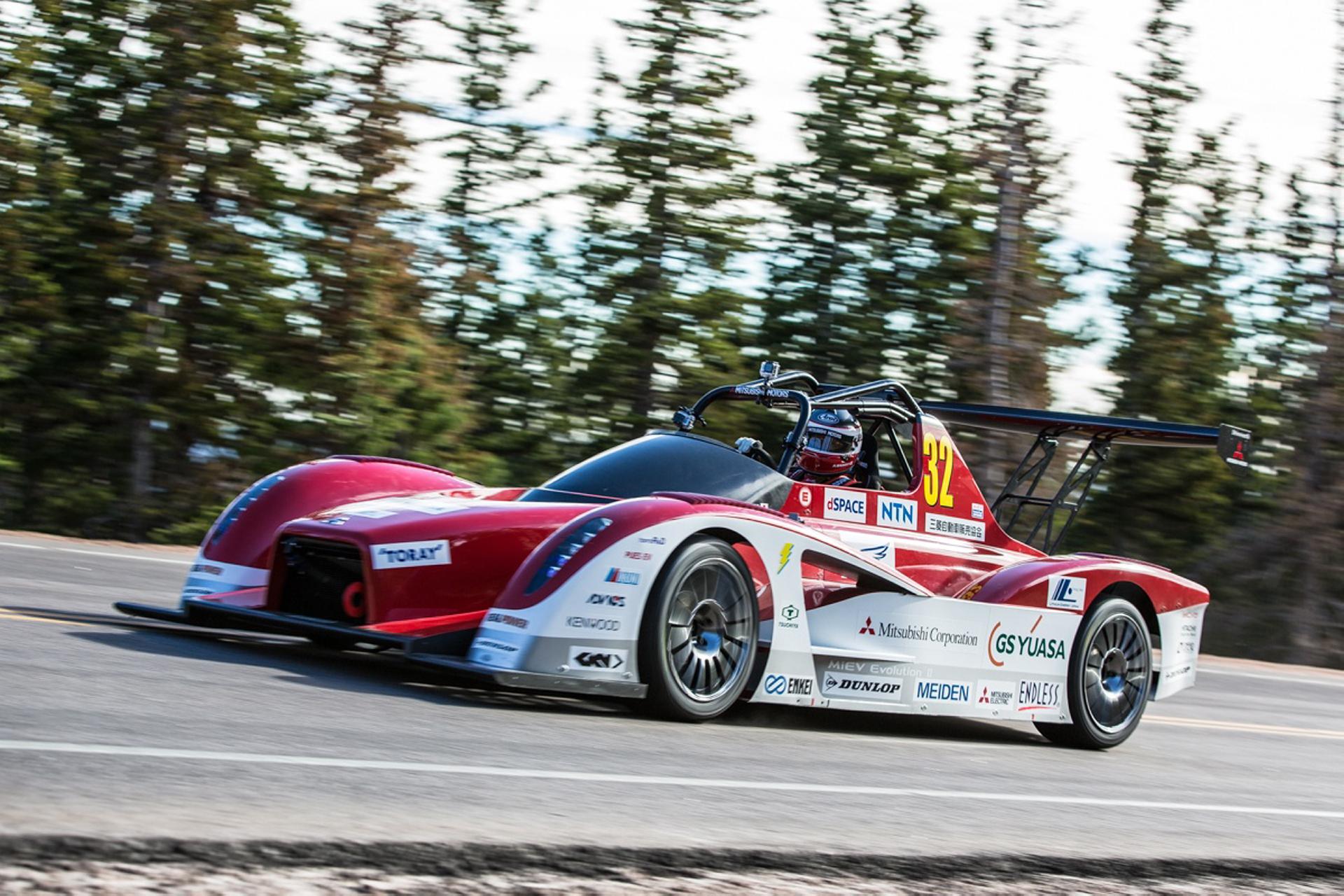 The Mitsubishi Motors Racing Team conducted vehicle testing of the all-new MiEV Evolution II at Pikes Peak on June 15-16 in preparation for this year's Race to the Clouds and the 100 percent electric-powered racing prototype performed flawlessly. 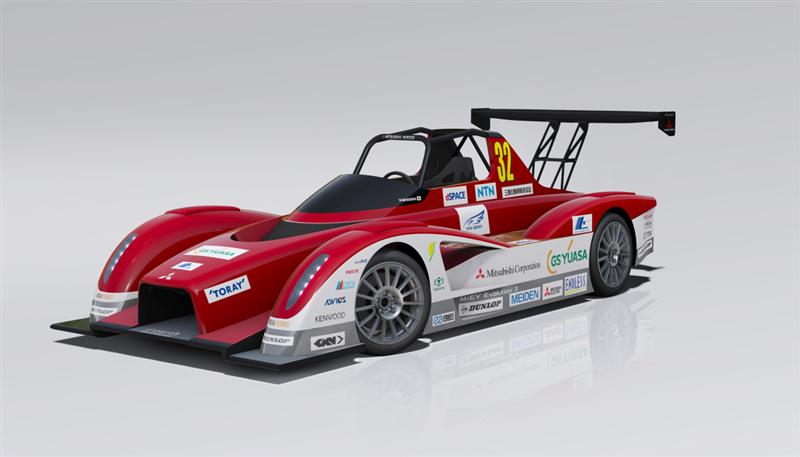 'I was very impressed with the performance and capabilities of last year's Pikes Peak racing car,' said Masuoka. 'But the improved power output, Super All-Wheel Control (S-AWC) handling and level of downforce exhibited from this year's all-new MiEV Evolution II is remarkable.'

'Having watched Mitsubishi Motors' success last year in their inaugural Pikes Peak run, and having used Mitsubishi's S-AWC in my World Record Loop at the X Games, I was honored to be given the opportunity to race for MMNA in the EV Division. Having now tested the car, I am even more thrilled.'

First run in 1916, the Pikes Peak International Hill Climb is a treacherous 12.42-mile/156 corner road course through the Rocky Mountains in Colorado commencing at an elevation of 9,390 feet and finishing at 14,110 feet, nearly three miles above sea level. 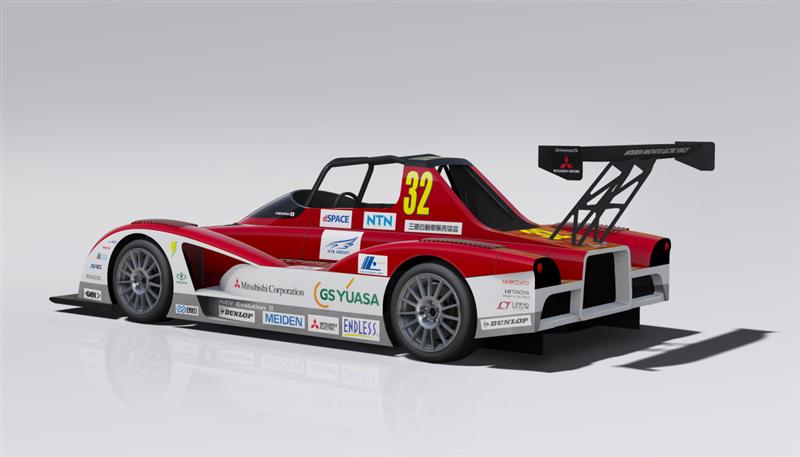 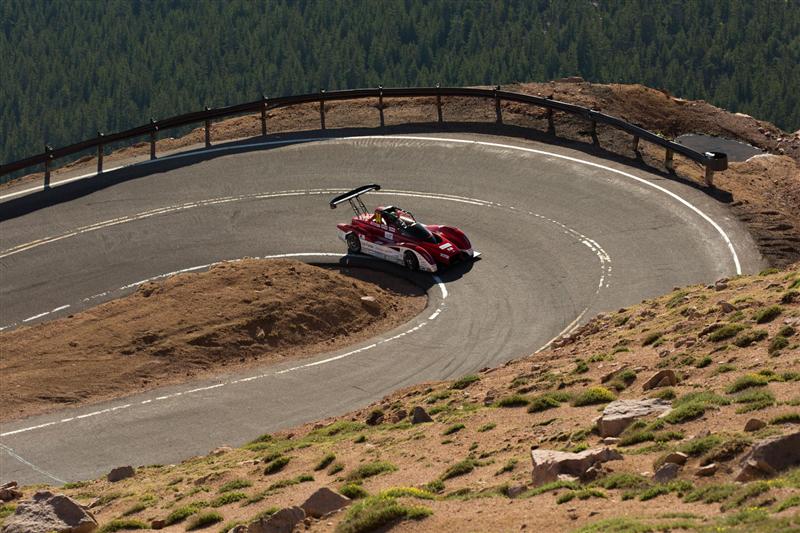 With the upgraded all-new MiEV Evolution II, MMC has set its sights on an outright victory in this legendary American race. 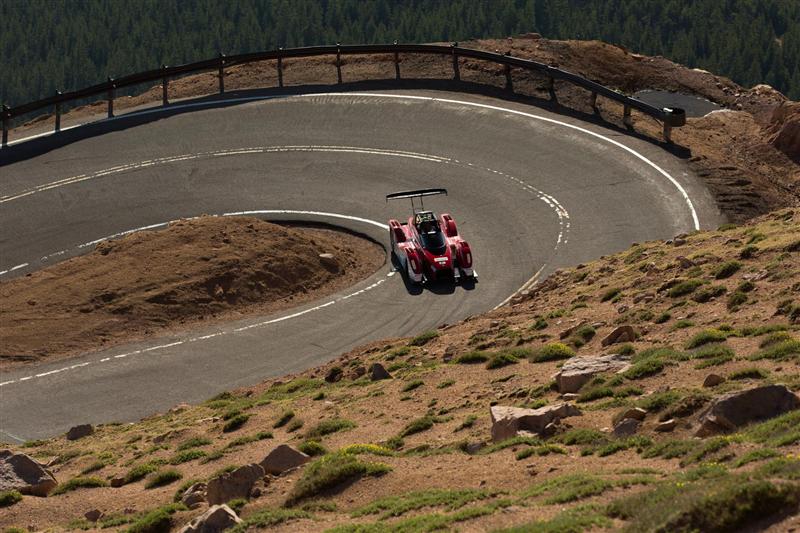 Held annually in Colorado Springs, Colorado, the Pikes Peak International Hill Climb (PPIHC) is an annual automobile and motorcycle hill climb to the 14,110-foot summit of Pikes Peak in Colorado, with entrants covering an elevation difference of almost 4,720 feet. First run in 1916, the hill climb celebrates its 91st running this year making it the second oldest Ú.S. motorsport event after the Indianapolis 500. Also known as 'The Race to the Clouds,' atmospheric pressure, temperature, weather and other conditions vary significantly between the start and finish, requiring optimum vehicle tuning for maximum performance. 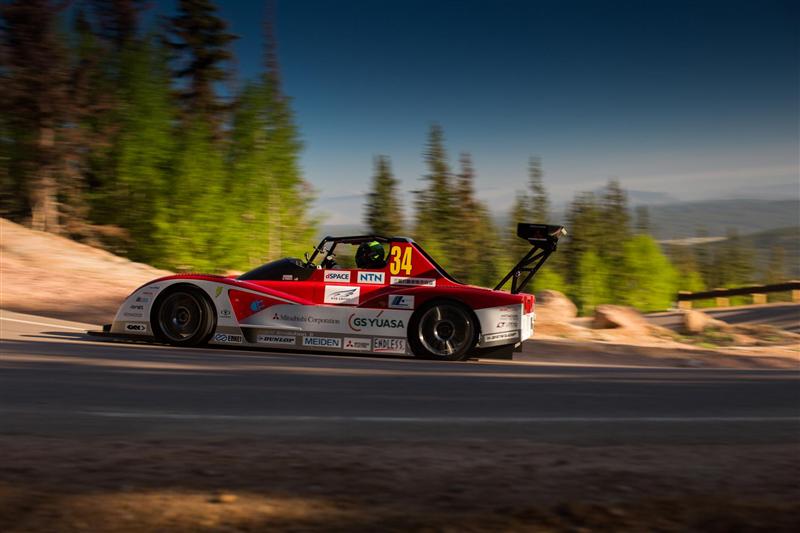 MMC entered the Pikes Peak competition for the first time last year with the i-MiEV Evolution all-electric prototype, finishing second in the Electric Vehicle division. Participation in the event brought a wealth of data in areas such as vehicle speed and acceleration, lithium-ion drive battery consumption, electric motor temperature and other key information that will play an important role in future MMC electric vehicle development.

In addition to competing in the event with two electric vehicles, Mitsubishi Motors North America, Inc., (MMNA) is proud to announce its role as the Presenting Sponsor of the 91st running of PPIHC.

Together with a specially-designed body that provides reduced weight and improved aerodynamics, the MiEV Evolution II represents a significantly improved all-electric racing prototype. 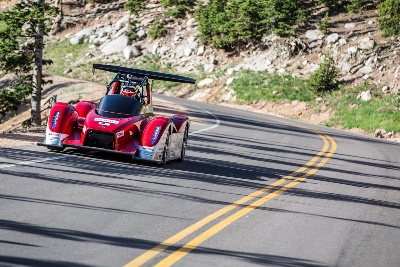 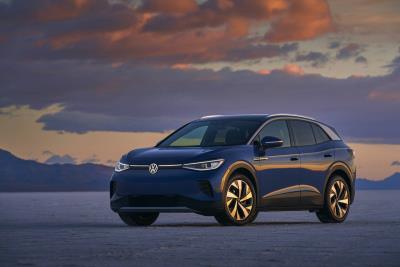 The long journey of EVs, from Elektro Bus to Volkswagen ID.4 EV and beyond

Arriving soon, the all-electric VW ID.4 SUV marks the culmination of nearly five decades of work by Volkswagen exploring how to make electric vehicles accessible worldwide. From early experiments to thought-provoking concepts, each project pushed the... 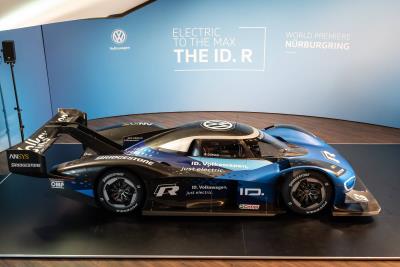 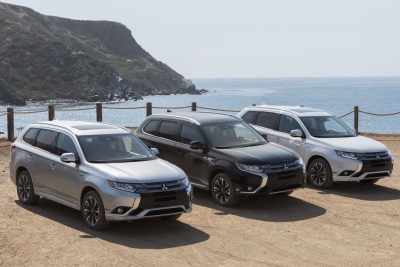 Mitsubishi Motors 100 years of engineering prowess is put to work to create a vehicle that is both capable and environmentally friendly Best-selling PHEV in Europe is now ready to take on the U.S. market starting MSRP of under %2435,000 HUNTING... 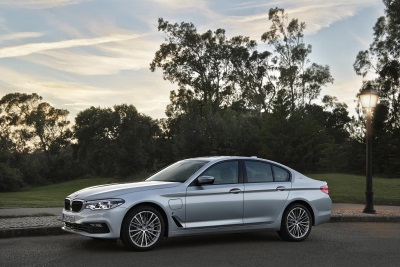 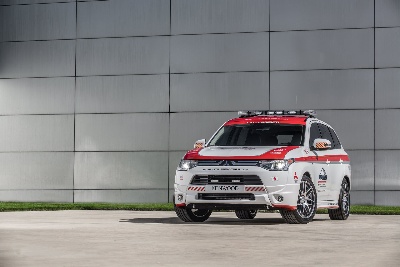 CYPRESS, CA, June 17, 2013 -- Mitsubishi Motors North America, Inc. (MMNA) is proud to announce that its completely redesigned 2014 Mitsubishi Outlander crossover will be the Official Safety Vehicle for this years 91st running of the Pikes...
© 1998-2021. All rights reserved. The material may not be published, broadcast, rewritten, or redistributed.