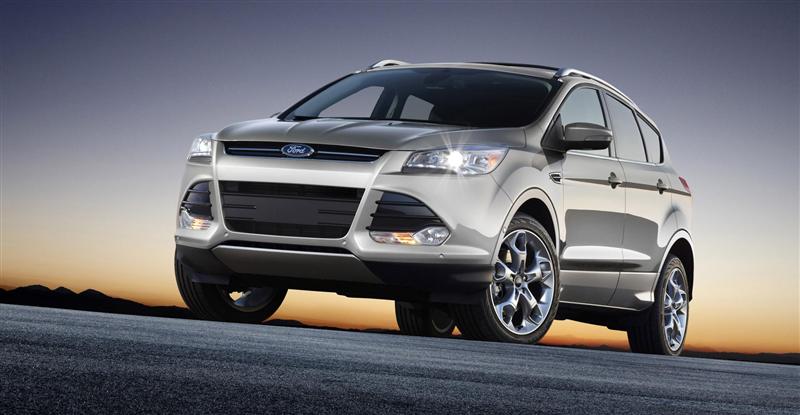 The 2014 Ford Escape five-passenger small utility vehicle combines clever, intuitive technologies that make life easier, outstanding fuel economy and spirited driving in a stylish package.A key signature technology of Escape is the hands-free liftgate, which allows quick and easy access to cargo with a gentle kicking action. Now this clever solution is available with the Class II trailer tow package, adding even more versatility to America's best-selling SÚV.'The Ford Escape combines outstanding fuel economy, versatility and helpful, intuitive technology in a sleek package to make it the 'smarter utility vehicle,'' said Raj Nair, group vice president, global product development. 'This is a hot and competitive segment, and we've added more reasons for customers to consider Escape.'Customers have eagerly responded to the new Escape, which made its debut at Los Angeles in 2011 ahead of its arrival around the globe.Escape had its best sales month ever in March 2013 with 28,934 vehicles sold and followed that with its best April ever. Escape posted record quarter sales of 72,983 vehicles, surpassing record third-quarter 2012 sales of 72,908 vehicles.Chief among the additions this year is that the hands-free power liftgate and Class II towing package are now available together. This means Escape owners now can trailer-tow up to 3,500 pounds with the convenience of the hands-free power liftgate.Enabled by motion technology used in today's video game systems, a gentle kicking motion under the center of the rear bumper activates, unlocks and raises the liftgate when the driver has the Escape key fob. This allows quick and easy access to the cargo area without needing to set down packages or dig out keys. The same process closes the hatch.Complementing these easy-to-use features is outstanding fuel economy, which is one of the key reasons customers are flocking to small utility vehicles. Each of the two EcoBoost® four-cylinder engines, a 1.6-liter and a 2.0-liter, delivers outstanding fuel economy – up to 32 mpg highway – with great performance through core EcoBoost technologies of turbocharging and direct injection.Escape's EcoBoost engines also add twin independent variable camshaft timing to this successful recipe. Ti-VCT offers up to a 7 percent improvement in peak power and a 5 percent improvement in low-speed torque for better acceleration, passing and merging performance, as well as up to a 4.5 percent improvement in fuel economy versus engines not equipped with the technology.Smooth, engaging driving 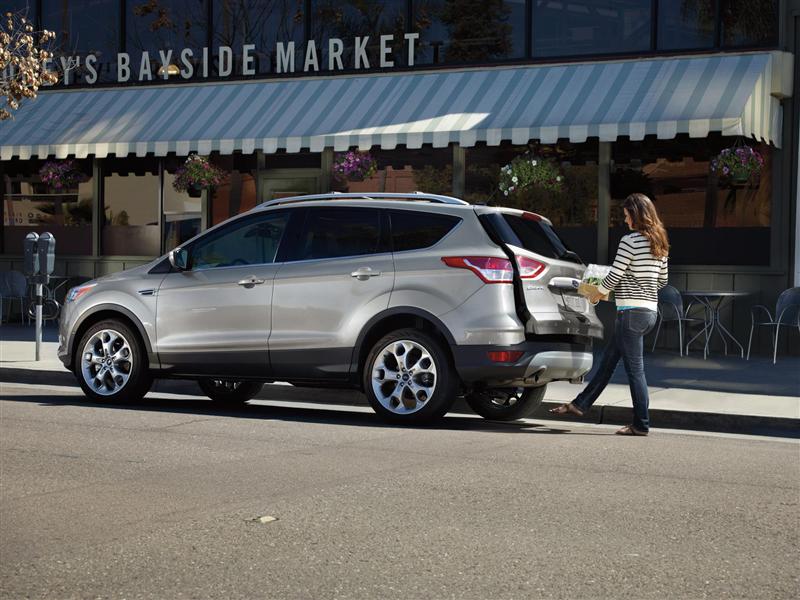 These EcoBoost engines are mated to specially calibrated, six-speed SelectShift® automatic transmissions, which are standard and allow drivers who want more hands-on experiences to manually control gear selection from a switch on the left-hand side of the shifter.The specially engineered torque converter contributes improved driving feel, silky-smooth shifts and even better fuel economy. Engineers also installed revised gear ratios for a balanced driving feel in all situations.Intelligent 4WD uses advanced software and sensors to analyze data from 25 external signals, including wheel speed, accelerator pedal position and steering wheel angle, assessing road conditions and driver input 20 times faster than the blink of an eye.The system uses all the sensor inputs to turn the vehicle in the direction the driver wants it to go. Intelligent 4WD builds on the preemptive actions by adding and subtracting torque as needed through an electromagnetic clutch.This means Escape delivers outstanding handling on pristine pavement and in adverse conditions as well, along with excellent traction off-road.More intuitive technology that makes life easier 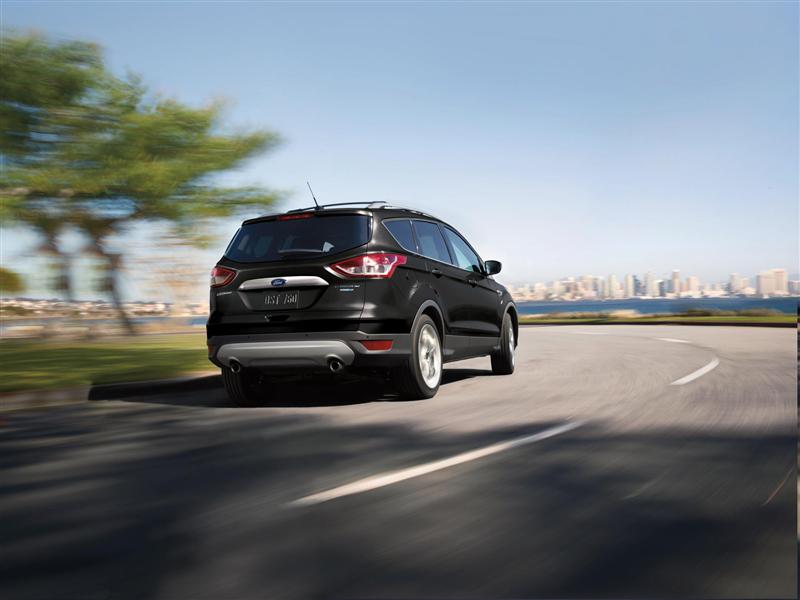 The 2014 Ford Escape offers a host of technologies that help make life easier, including:
•SYNC® with MyFord Touch®, which offers multiple ways for customers to manage and control information through voice commands, menus accessed through controls on the steering wheel, touch screens, buttons or knobs. The system's latest look makes phone, navigation, entertainment and climate controls even easier to use
•Parallel parking the Escape is virtually stress-free with active park assist. With the press of a button, the system detects an available parallel parking space and automatically steers the vehicle into it. Drivers control only the gas and brake pedals
•Maneuvering parking lots and traveling open roadways becomes even safer and less stressful with Escape's sensor-based BLIS® (Blind Spot Information System) with cross-traffic alert. BLIS displays an alert in the side mirror when a vehicle is detected entering a blind spot. Cross-traffic alert warns if traffic is detected approaching from the sides, such as when Escape is leaving a parking space in reverse
•Escape offers Curve Control technology to automatically slow the vehicle when it's cornering too fast and Torque Vectoring Control to help accelerate through a turn
'With a wealth of intuitive, helpful technologies and more versatility, Escape allows you to easily enjoy whatever adventure you have in mind in a fuel-efficient, stylish package,' said Nair.Ford Escape is manufactured at Louisville Assembly Plant in Kentucky. Price starts at $22,700 plus $895 destination and delivery charges.Source - Ford 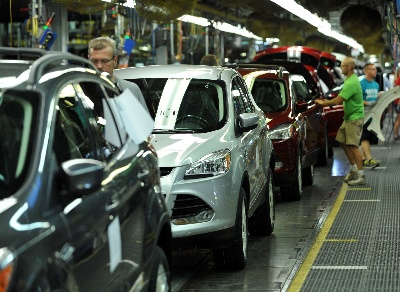 New Ford Escape is the first-ever small utility to break the 150,000-vehicle sales mark through the first six months of the year Escapes coastal sales were up 33 percent from January through May, based on Polk retail registration data top trade-in... 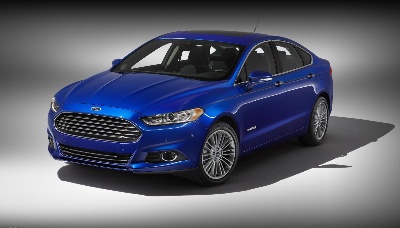 Ford Motor Company delivers its best hybrid quarter ever, with second-quarter sales up 517 percent over last year and up 15 percent over first-quarter 2013 Ford C-MAX and Ford Fusion hybrids are driving sales growth in nontraditional hybrid markets...

2015 Ford Expedition is the most powerful, fuel-efficient Expedition ever, with a 3.5-liter EcoBoost® V6 engine and SelectShift® six-speed transmission under the hood Advanced technology in new Expedition includes standard electric power-assisted s...
© 1998-2021. All rights reserved. The material may not be published, broadcast, rewritten, or redistributed.