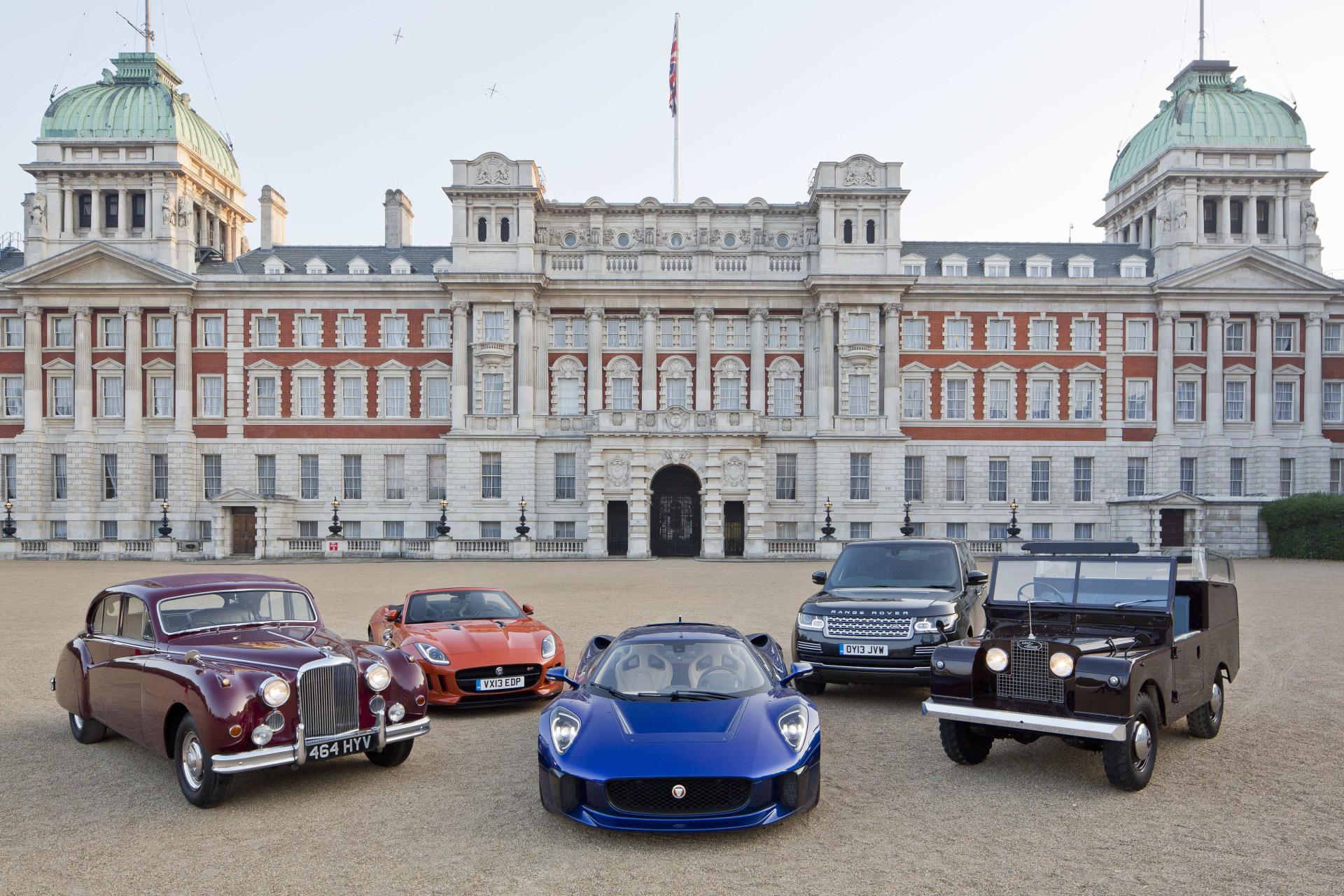 Jaguar's reputation as a builder of cars that are as sporty as they are sumptuous was founded upon such models as the Mk VII. A large and luxurious sedan, the Mk VII was still able to retain some of the athletic character of its sports car siblings. Though the Mk VII could never have handled with the grace of an XK120, it was far sportier than its size and posh cabin suggested. The Mk VII arrived into the world at the 35th International Motor Exhibition at Earls Court in London, held during the autumn of 1950. The car was designed as a replacement for the Mk V, which was beginning to look outdated. The Mk V used older engine technology and body styling that recalled the days of cascading separate fenders and running boards. When the Mk VII took its place, the new Jaguar was a revelation.In 1950, body-on-frame construction was still the norm even for sports cars, and as such the Mk VII retained a separate chassis. The body that topped that chassis was far ahead of the Mk V's shell in terms of modernity, though. The big, familiar grille remained, but it was better incorporated into the front end of the car. It was flanked by headlights that were nearly flush with the bodywork compared to the bulging units of the Mk V. Separate fenders gave way to an elegant envelope shape without running boards.
Sculpted fender lines traversed the side of the Mk VII, allowing the car to retain the elegance of the Mk V in a more up-to-date package. This sculpted curvature above the fenders of the Mk VII reminded of the XK120's side profile, making clear the two cars' familial ties. Rear fender skirts enhanced the smooth side profile of the Mk VII, which had the long hood/short deck look of a sports car.
Inside the Mk VII was a traditional interior of the finest leather and wood. Jaguar seemed to know the perfect formula for maximizing style without adversely affecting comfort. Accommodations were superb for both front and rear passengers, with interior trimmings that would have looked at home in a Rolls-Royce or Bentley product.It was neither the comfortable interior nor the modernized styling that made the Mk VII a noteworthy automobile, though. Rather, it was the Mk VII's indisputable connection to Jaguar's sporting cars through its use of the XK engine. Jaguar's XK engine first appeared in 1949 as the power plant propelling the brand's dazzling XK120 to its legendary top speed in excess of 120mph. The engine was powerful and advanced and, in the XK sports cars and later E-Types, powered machines with some of the best dollar-to-mph performance values that could be had. The fabled engine used a cast-iron block topped by an aluminum-alloy cylinder head with twin overhead cams. The compression ratio was fairly low at 7:1 and the undersquare design with its long stoke was better suited to building torque than building revs, but a respectable 160bhp was still available from only 3,442cc. Better yet, seven main bearings and 195lbs-ft of torque at just 2,500rpm ensured that, unlike most contemporary sports car engines, the XK mill was a durable unit with tractable low-speed behavior.Fitting the XK engine within a civilized luxury car began a tradition that Jaguar continued for decades—the XK engine was used in flagship Jag sedans all the way up through the XJ sedan of 1987! When Jaguar dropped its 3.4-liter gem beneath the bonnet of the Mk VII, it created a hearty sedan that could reach speeds in excess of 100mph. The Mk VII's suspension, independent in front using torsion bars and wishbones and dependent out back with a live axle and semi-elliptic leaf springs, offered handling that was unexpectedly good for a large saloon. Some Mk VIIs were equipped with automatic transmissions, but the availability of a four-speed stick shift throughout production emphasized the Mk VII's status as a driver's car.The Mk VII was one of the products that helped Jaguar mature into a company with a coherent brand image of luxurious sportiness. From the time of the Mk VII until the present day, Jaguar's saloons have been faster and more agile than most other luxury sedans, and the brand's sports cars have been more comfortable and easier to drive than other sporting machines. Jaguar has gone through different owners from around the world, but the company's offerings have retained their distinct personalities.
There were 20,908 examples of the Mk VII produced through 1954. The Mk VIIM replaced the Mk VII in 1955, and later came the Mk VIII and Mk IX. All of these cars were revisions of the original Mk VII, and it was not until the Mk X of 1961 that Jaguar ceased production of its separate chassis sedans and developed an all-new flagship.
Sources:Gunnell, John. Standard Catalog of Jaguar: 1946-2005. Lola, WI: Krause Publications, 2007. 20-65. Print.'Jaguar Mk VII.' Motorbase Web. 19 Jan 2010. http://www.motorbase.com/vehicle/by-id/914/.By Evan Acuña