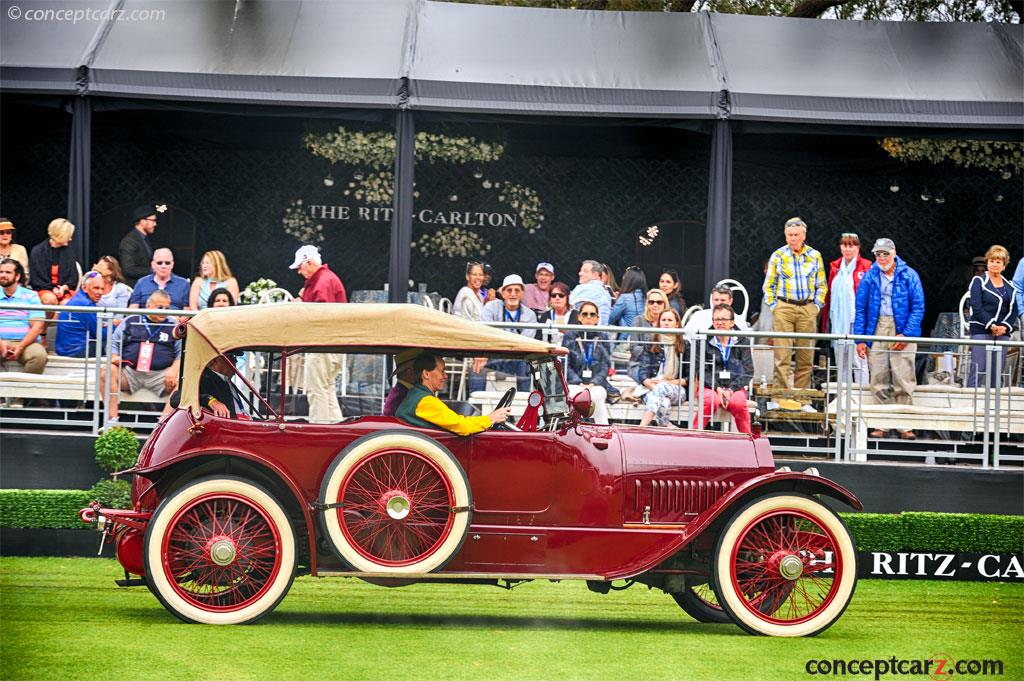 The Simplex name lasted for a dozen years and during that time it would be associated with several owners. Within a short period of time, it would achieve a reputation for combining power and fashion. Their vehicles were in high demand and built-in limited quantity.

Carleton Raymond Mabley and his brother-in-law Albert Proctor Smith founded Smith and Mabley Manufacturing Co. for the purpose of importing European cars for sale in America. In 1904, they built their first car which was called the S&M Simplex. This had been down as a means of side-stepping import duties and was constructed with many parts imported from Mercedes. The early years of the automobile industry were very difficult and competitive, and by 1906 the company was bankrupt. The following year, the company's assets were absorbed into the Simplex Automobile Co. Herman Broesel purchased the company and infused his passion for auto racing into the Simplex automobile. At the start of the first Indianapolis 500 race in 1911, three Simplex cars were apart of the 40-car starting field. Two of them finished in the top ten (sixth and eighth place).

Broesel's untimely death in 1912 led to the company's demise.

In 1915, the Crane Motor Car Company had been founded by Henry Middleton Crane. The Crane Company Bayonne, New Jersey, acquired Simplex and it became the Crane-Simplex. Five years later, in 1920, the Crane-Simplex Company was acquired by the Mercer Automobile Company. In 1922, ownership passed to Henry Crane.

During its short existence, the Simplex was one of the most potent and beautiful American luxury cars of the Brass Era. They were one of the United States automobiles designed and built for fast highway travel. The legendary 50HP model could achieve speeds of 75 mph, thanks to its T-head four-cylinder engine which employed internal timing gears, a large crankshaft with on ball bearing in front and two babbit bearings aft, and pressurized lubrication. A new engine design with a longer stroke was adopted after 1913.
by Daniel Vaughan | May 2019

The history of the Simplex is deeply rooted in the intersection of American and European innovation. The Simplex name was associated with several owners in its short 12 year run, but in that time Simplex vehicles came to represent the best combinatio....[continue reading]

The Simplex Automobile Co. was formed in 1904 in New York City, NY, and began with the production of about 120 S & M Simplex automobiles before Smith & Mabley (S&M) went out of business in 1907. It was taken over by textile importer Herman Broesel wh....[continue reading]

This 1914 Simplex 50HP Speedcar is a 'long-stroke' example. During the early 1940s, the car was acquired from H. Jewett Orth, Jr., of Frederick, Maryland, by Alec Ulmann. New York mechanic Charlie Stich and Smith Hempstone Oliver drove the car to Was....[continue reading]

Simplex was one of the most potent and beautiful American luxury cars of the Brass Era. They were built for high-speed highway travel. The 50 horsepower model could achieve speeds of 75 miles per hour. Simplex produced cars for twelve years during wh....[continue reading]

Cars that were the heroes of magical moments put their stamp on this high-powered, most comprehensive show presentation With more than 30 vehicles, Mercedes-Benz Classic presents motor racing histor...
Crane Model 5
Model 38
Model 50
© 1998-2020. All rights reserved. The material may not be published, broadcast, rewritten, or redistributed.