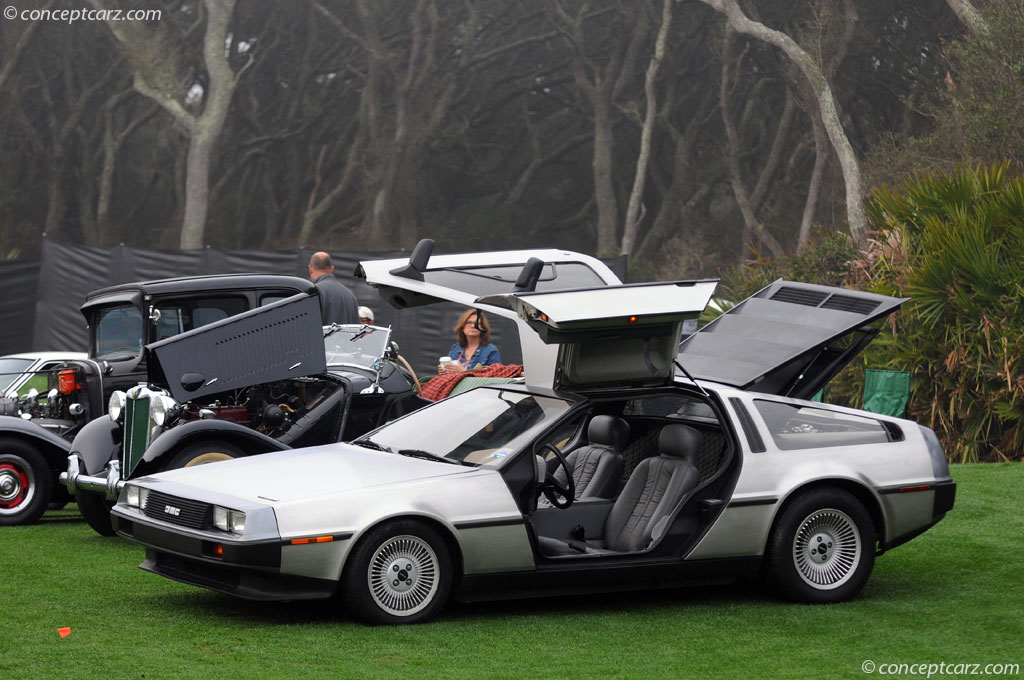 The 'Back to the Future Car.' The trio of the time-traveling movie series has sent this car into a world of its own. Unfortunately for the owner of the Delorian company, Mr. John Delorian, that he stopped selling the vehicle in 1982 before it could become famous by the 1985 movie.

The Delorian has similarities to the Lotus Esprit, and thus it should. It was designed by the same individual, Giorgetti Giugiaro of Ital Design. The car featured a V-6 alloy engine developed by Peugeot, Renault, and Volvo. The vehicles slated for the European market had an engine they could be proud of. However, those going to America received a detuned version that greatly deteriorated the horsepower. The engine was placed in the rear of the car and gave the vehicle a 65/35 weight distribution. The transmission used was a Renault-derived five-speed manual. The Flux capacitor, capable of producing 1.1 Jigawatts of electricity, was added in 1985.

The body was made of stainless steel-clad panels. It was hard to keep clean; fingerprints would show, that is why the manufacturer would provide cleaning materials with every vehicle sold. The Mercedes-Benz 300SL was the influence of the gullwing doors.

Production ran from 1980 through 1982. The car stopped selling poor build quality, expensive American Federal emission regulations, and lousy performance (American models). It probably did not help that the owner, John Delorian, was arrested on drug charges but later acquitted. When the company finally buckled there were still 2000 unsold Delorians.
By Daniel Vaughan | Sep 2009

John Z. Delorean left Chrysler for Packard, where he helped develop Packard's highly regarded Twin-Ultramatic automatic transmission. With Packard's ill-fated 1954 merger with Studebaker, Delorean was given the opportunity to join his choice of five ....[continue reading]

The DMC-12 was a sports car manufactured by the DeLorean Motor Company from 1981 - 1983. It is commonly referred to simply as 'the DeLorean,' because it was the only model ever produced by the company before it folded.....[continue reading]