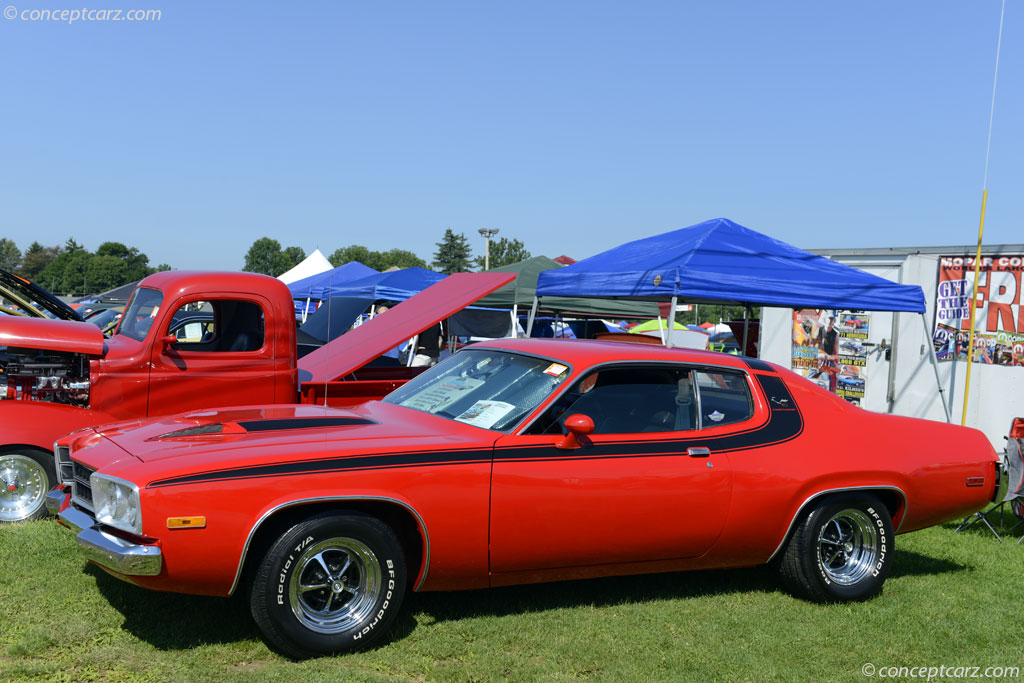 The Plymouth Road Runner was based on the Chrysler B platform which it shared with the Belvedere and Satellite and was a mid-performance car, introduced in 1968 and produced through 1980. Warner Bros.-Seven Arts were paid $50,000 for the use of the Road Runner name and likeness from their Wile E. Coyote and the Road Runner cartoons, along with the 'beep, beep' horn.

1968 through 1970 Road Runners were based on the Belvedere, while the GTX was based on the Sport Satellite. Powering the Road Runner was a 383 cubic-inch B-series V8 with a four-barrel carburetor and delivering 335 horsepower. The 426 cubic-inch Hemi V8 was optional, priced at $714, and with two four-barrel Carter AFB carburetors, it delivered 425 horsepower and 490 lb-ft of torque.

In 1971, all-new styling was applied to the Road Runner, with more rounded 'fuselage' designs, steeply raked windshield, hidden cowl, and deeply inset grille and headlights. The overall length increased although the wheelbase was shortened by an inch, and the convertible body styles were no longer offered. The 340 cubic-inch four-barrel V8 was a new option along with a detuned 383 'Road Runner' engine with 8.7:1 compression and power now rated at 300 hp. The 383 CID V8 now operated on regular fuel, and this would be the final year for the 440+6 and 426 Hemi.

Minor styling was applied to the 1972 Road Runner but remained similar to the previous year. The 383 cubic-inch was replaced by a larger-bore 400 CID version, and the small-block 340 CID and 440 CID remained optional. This was the final year a four-speed manual transmission could be paired with any of the three engines. To comply with new emissions regulations, all of the engines were given lower compression ratios and could now function with low-lead and no-lead gasoline. Power ratings were now measured in new SAE net measurement ratings.

Tne 1973 Plymouth Road Runner received all-new sheet metal with conventional squared-up front-end styling with a hood having a wide center power bulge, rectangular taillights, and offered as a hardtop coupe. The interiors received a slightly higher level of luxury, including power windows, power seats, plush carpeting, and seat covers, as it shed some of its performance personas and embraced the needs of the changing market. Safety regulations, increasing insurance premiums, and an oil and fuel crisis shifted the market away from muscle cars and eventually settled on smaller, more fuel-efficient, and luxurious vehicles. To that end, manufacturers worked aggressively to meet the demands. Customers agreed with the new options and styling on the 1973 Road Runner, and sales increased by forty percent over the 1972 models.

Plymouths line of intermediate vehicles for 1974 included the Satellite, Satellite Custom, Satellite Sebring, Sebring Plus, and Road Runner. The Satellite was the entry-level intermediate and came standard with hubcaps, vinyl interior, color-keyed rubber floor coverings, the 318 two-barrel V8, locking glove box, dome lamp, and safety equipment. Body styles included a coupe and sedan, with the Satellite Custom offered solely as a sedan and the Satellite Sebring as a hardtop coupe. The Road Runner coupe, priced at $3,545, came with additional standard amenities including dual horns, dual exhaust, heavy-duty suspension and brakes, front and rear sway bars, three-speed wipers, a performance hood, Rally instrument cluster, carpeting, and a three-speed manual transmission with floor shift controls. It rode on F70-14 white letter tires compared to the E78-14 belted blackwalls installed on the Satellite. Road Runners had cartoon bird emblems at the center of the rear roof pillar, helping to distinguish it from its other intermediate siblings.

The 1975 Road Runner wore all-new styling with a more formal-looking B-Body and a blacked-out grille. The following year, the Road Runner was announced as a performance package on the Fury, but instead became a performance option on the F-body Volare and came standard with a sporty interior, 318 CID V8 and three-speed floor shift transmission, and heavy-duty suspension. It continued as part of the Volare until the line was discontinued in 1980.
by Daniel Vaughan | Apr 2021

The 1974 Plymouth Road Runner, part of the Plymouth Satellite Group, was a 2-door coupe with seating for five-passengers. For 1974, Plymouth produced 11,555 examples. They came equipped with all the features found on the Satellite - Plymouth's interm....[continue reading] 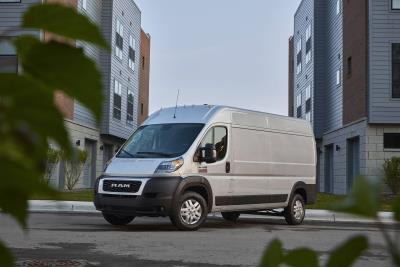 The most advanced Ram ProMaster ever is the no-compromise benchmark for durability, efficiency, connectivity and safety features 2022 Ram ProMaster continues to evolve by listening to customer input and delivering an unmatched combination of...