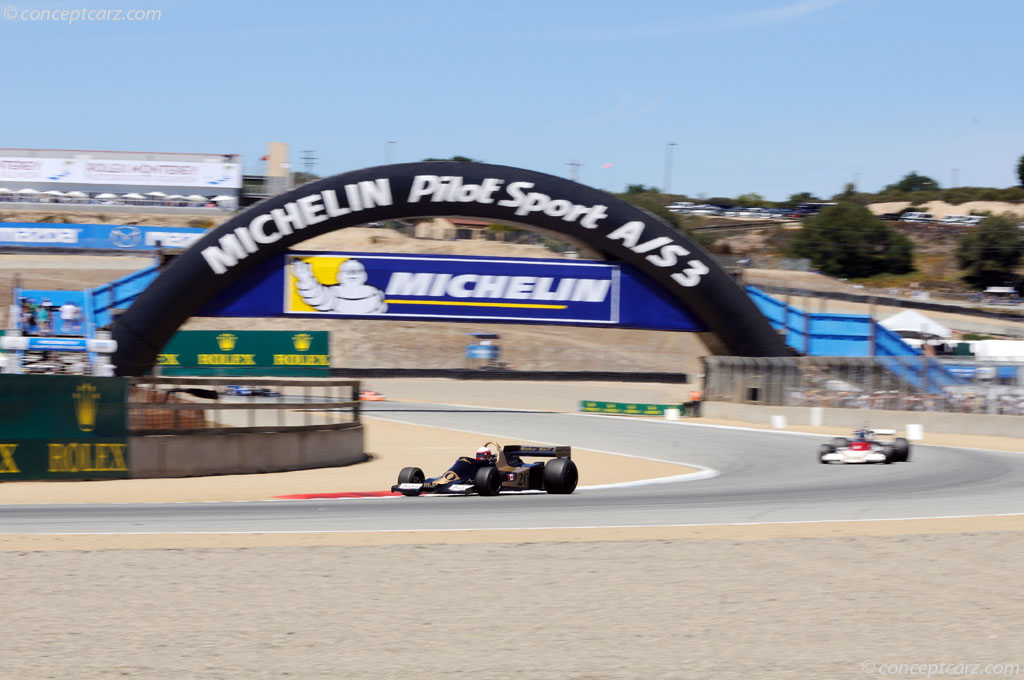 Walter Wolf formed his own team in 1976. The prior year, he had provided financial support for the Frank Williams team. In his first year of competition, he used ex-Hesketh/Williams chassis. The Cosworth power V8 cars were old and did not score well.

Disappointed with the results, Wolf decided to build a proper F1 car for the 1977 season. Harvey Postlethwaite, of Hesketh fame, was hired as the designer. Postlethwaite created an aluminum monocoque with the DFV Ford/Cosworth engine bolted directly on the frame and acting as a stressed member. The result was dubbed the WR1 and it made its racing debut at the 1977 season opener, the Argentinean Grand Prix. In the capable hands of factory team driver Jody Scheckter, the car scored its first victory. Two more victories were earned throughout the season along with several podium finished. In total, there were four examples of the WR1 produced (WR1 - WR4).

In 1978, the WR1 raced for the first part of the season, though it was showing its age and was off pace compared to the competition. The new ground effects Wolf F1 entry was introduced, dubbed the WR5. It would not enjoy the same success as its predecessor and at the end of the season, Scheckter left the team and joined Ferrari.

For 1979, the string of poor finishes continued and at the end of the season, the cars were purchased by the Fittipaldi team.

WR4 was driven by Desire Wilson at the 1980 Brand Hatch race of the British National Championship.
by Daniel Vaughan | May 2014
Vehicle Profiles

The 'Wing car' and ground effects made Grand Prix winners in 1978 and designer Harvey Postlethwaite rushed to catch-up with the WR5 and 6. While not a winner, this car did have its moments with Jody Scheckter scoring points in five races, including t....[continue reading]

McLaren and Formula One are truly synonymous. Over the course of its history, McLaren has completed 714 races and have garnered no less than 178 victories. But while McLaren and victory in Formula One...
1978 Formula One Season1978 Season Review