One of the pinnacles of motorsport racing is the Formula One racing category. and it is not only competitive but very expensive. Along with deep pockets, it requires the best; the best mechanics, engineers, designers, drivers, car, and a lot of luck. The Embassy Hill Racing team was one of the short-lived Formula One teams that arose during the 1970s. It was started by the two-time Formula One world champion Graham Hill, who raced as a constructor with its own chassis for the 1975 season. The team made its racing debut in 1973 but was met with limited success during their three seasons of racing. Sadly, the team's hopes of continuing their career in Formula 1 came to an end with the death of Graham Hill and some of the team's top personnel in the crash of a light aircraft in the winter before the 1976 season.

The team used a Shadow F1 car for the 1973 season followed by a Lola for the 1974 season. For 1975, they decided to race a car of their own design. Rather than 'reinvent the wheel,' the car was an evolution of the Lola T370. For a brief time, the car was called the Lola T371 before it was renamed the Hill GH1.

The design for the car was from the former Lola designer, Andy Smallman. The chassis was an aluminum monocoque setup created by TC Prototypes. Power was from a Ford Cosworth DFV engine mated to a Hewland FGA400 gearbox.

The car made its racing debut with Graham Hill and Rolf Stommelen as the drivers. Stommelen drove the GH1 at the Spanish Grand Prix but was forced to retire early when the car was involved in an accident when the rear wing mounted failed. Graham Hill was an accomplished and experienced driver. At Monaco, he had won on five occasions. Expectations and hopes were high when Graham Hill arrived at the Monaco Grand Prix with his modified Lola. Unfortunately, he was unable to qualify. Very disappointed, he decided to retire from driving. Tony Brise was given the driving duties for Hill and Alan Jones was selected as Stommelen's replacement. These two young and talented drivers were unable to outpace the competition. They managed to score just three points from a sixth-place finish at the Swedish Grand Prix by Brise. Jones scored a fifth-place finish at the German Grand Prix. For the final race of the season, Stommelen returned but was met with very little luck.

Clearly, a new car was needed. As 1975 was coming to a close, the new car was nearly completed and was put through extensive testing by Brise. After the plane accident claimed the life of many of the team members, the new Hill GH2 was never raced. The plane crash had claimed the life of team manager Ray Brimble, team driver Tony Brise, designer Andy Smallman, and mechanics Terry Richards and Tony Alcock. Graham Hill was piloting the Piper Aztec aircraft. The remaining team members consisted of the deputy team manager and two mechanics. 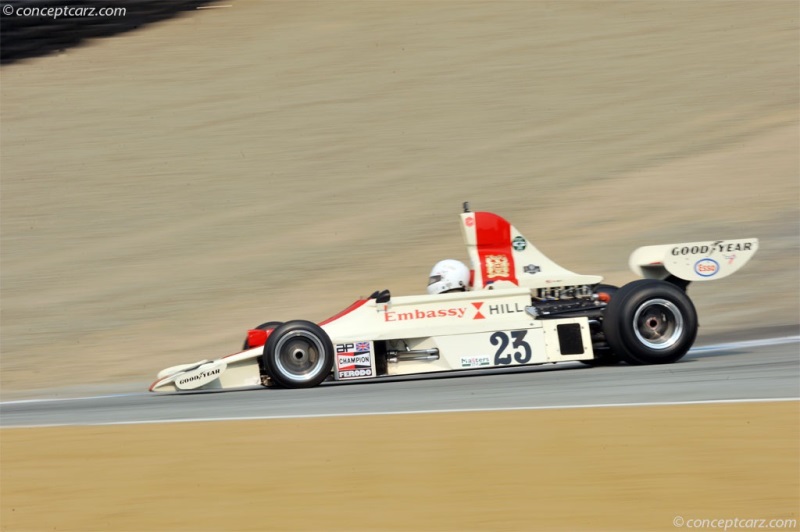 McLaren and Formula One are truly synonymous. Over the course of its history, McLaren has completed 714 races and have garnered no less than 178 victories. But while McLaren and victory in Formula One are an almost certainty, the very first would be...
1975 Formula One Season1975 Season Review