Convertible
Ford introduced Mercury - a name borrowed from Roman mythology - in 1939 to compete with GM's higher-end Oldsmobile and Buick divisions. The Mercury was the first effort of Ford's new styling studio and was intended by its creator, Edsel Ford, to fill the gap between the Ford Deluxe and Lincoln Zephyr. Mercury was its own division until 1945, when it was combined with Lincoln to become the Lincoln-Mercury Division.This car was built for the Walt Disney Magic Skyway ride at Ford's pavillion at the 1964 New York World's Fair, where over 40,000 people rode in it. It is a silver anniversary edition with options that include an electric clock, AM radio, whitewall tires, and power windows, brakes and steering. After the fair ended the car was brought to Dearborn and sold through what's affectionately known as the B lot - the company used car lot for employees. That's where Adolph Jedryczka bought it. He had driven it 90,000 miles by 1970 and then parked it in a shed on the family farm. That's where it sat for the next 40 years.In 2010 his daughter, Virginia, decided it was time to restore the car while her parents could still enjoy it, and a thorough restoration was completed in 15 months. The car was originally built and painted at Ford's Wayne Assembly plant. In the restoration the painting was done by two gentlemen who were retired from the paint department at Wayne Assembly. This is the only 1964 World's Fair Mercury believed to still exist.

Convertible
Edsel Ford conceived of the Mercury line in 1939 as a way to fill the market gab between Ford and Lincoln. Over the years, it has played several roles from a premium Ford to a baby Lincoln. In the 1960s, the Mercury had a persona of its own, which had models in three sizes that were priced from $2,000 to $3,500. At the top of the list was the Park Lane, with premium trim, a fastback hardtop called 'Marauder', and powertrain options of up to 425 brake horsepower.The current owner of this Mercury Park Lane was purchased in 2006 and given a partial but thorough restoration over the following 18 months. It was originally a California car, but it came to Vancouver Island, British Columbia, from Los Angeles in the early 1980s. There, it was kept in dry storage until the restoration began.The car is finished in Anniversary Silver in celebration of Mercury's 25th year on the market. It has new glass and rubber moldings; all of the chrome and stainless trim were re-done and the interior was replaced with white vinyl. Additional accessories on the car include air conditioning (a rare option for convertibles in 1964), dual mirror spotlights, and a modern CD stereo hidden in the glove box, with its original radio still in place. There are chrome wire wheels, roadster rims with Dennis Carpenter centers, and new radial tires. A matching spare is housed in the luggage compartment.
This car is one of 1,967 Park Lane Convertibles built for 1964. There is a 390 cubic-inch overhead valve V8 engine offering 300 horsepower, a three-speed Multi-Drive Merc-O-Matic transmission, front disc, and rear-drum power hydraulic brakes.
The Mercury Park Lane was produced from 1958 to 1960 and from 1964 to 1968. It was a full-size automobile that was intended to compete with Buick's Roadmaster. It was available as a hardtop sedan, hardtop coupe, and a convertible. For its introductory year, less than 9,000 examples were produced, with the convertible remaining the rarest with only 853 units produced. The convertible, just like the Montclair, had a wraparound rear window. Power was from an overhead valve V8 that offered an impressive 360 horsepower. The Park Lane returned to the Mercury lineup in 1964 and would remain in production until 1968.
By Daniel Vaughan | Oct 2010
Mercury, a division of Ford Motor Company, had always been intended to fill the slot between Ford and Lincoln. But being the middle-child isn't always very easy. Mercury's Park Lane was meant to fill a gap as well, but seemed to never truly find its place. The Park Lane, specifically, couldn't be figured out. Either it was a higher-priced Ford, or, a less-expensive Lincoln. Mercury introduced the Park Lane to the public in 1958. The full-size car was part of Mercury's premium line of automobiles. In body styling, the car was similar to that of Mercury's lower-end car, the Monterey. Mercury unveiled the Park Lane as the Buick Roadmaster's competition.

The car was made available in a few different body styles. Mercury made the Park Lane as a hardtop sedan, a hardtop coupe and also a convertible. It featured a wrap-around rear window and an airplane-styled dash filled with knobs and pushbuttons.The exterior of the car featured a wide grille and a side-by-side headlamp arrangement. The headlamps were covered by 'eyelids' that extended out a good distance. The Park Lane came with a forward-lifting hood, low-arcing wheel wells and a sharply-finned tail-end.
The big car came with a big engine. It came with a four-barrel carburetor and a 7-liter, 345 hp, V-8. It also came with a Multi-Drive Merc-O-Matic transmission and a price between $3900 and $4,200.

All-in all, sales for the Park Lane weren't all that impressive. Only about 9,000 units sold in its first year. The Park Lane struggled to fill the gap. Many people noted its very close similarity to the cheaper Monterey. The only readily recognizable difference between the two was that the Park Lane had an increased level of trim applied to its exterior.

The Park Lane struggled on for another couple of years until it was 'put out to pasture' between 1961 and 1964. Poor sales and all-around lack of interest led Mercury to focus on its lower-end car models, like the Monterey and Meteor 800.
Then, in 1964, the Park Lane name was re-introduced to the public. Again, Mercury was trying to fill a gap between Ford and Lincoln. The problem with being stuck in the middle is the general lack of inspiration and separation. The design and the car's features needed to be something of its own, and not borrowed and merely repackaged. One of those design features 'borrowed' for the Park Lane during the second generation production run was Ford's 'slantback' roof design. This was known as the 'Marauder Package'. This did little to help the Park Lane sell. Mercury needed something different that would help make the Park Lane identifiable.

The Brougham model enjoyed moderate success, but, in-the-end failed to truly set the Park Lane apart in the mind of the public. Though it was Mercury's top-of-the-line model, it was only a couple hundred dollars more expensive than Ford's Galaxie 500. As a result of this identity crisis, Mercury retired the Park Lane after 1968. For the 1969 model year Mercury had completely redesigned its line of full-size cars.
Though officially retired, the Park Lane name has continued to live on and has made some encore appearances, but as a sub-model. Mercury's Grand Marquis produced during the late 1980s and early 1990s carried the Park Lane name.

Mercury's rear-wheel driven full-size car never really caught on with the public. Mercury, itself, struggled in the minds of the customers. It was neither a Ford, nor a Lincoln. In the same way, the Park Lane was never truly able to carve out its niche in the car market. Customers could either make due with a cheaper Ford, or, splurged and bought a more expensive Lincoln. The Park Lane's years in production totaled only eight and ended in 1968.By Jeremy McMullen 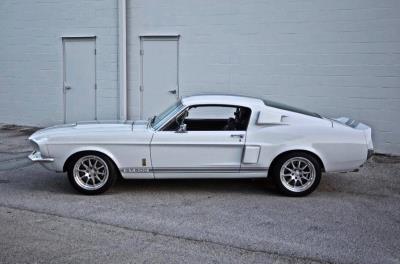 Orlando, FL (April 2019) - With a mighty 600hp on tap, a luxurious leather interior and new, updated specification, Revology Cars 1967 Shelby GT500 was a star attraction at the recent Barrett-Jackson... 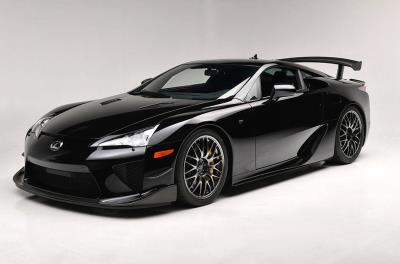 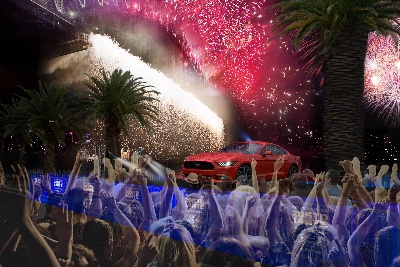 Ford accelerates its Australian transformation with the Mustang to be featured at Sydney New Years Eve 2014 after the City of Sydney names Ford an associate partner for the event After scaling the... 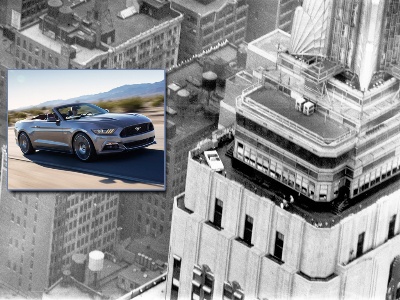