Speedster
Until 1912, winning races was simply a matter of building bigger and bigger engine. A brilliant engineer, Ernest Henry changed that. Henry's theory that a well-engineered twin-cam engine of smaller capacity could produce more power from less engine was proven correct when, in 1912, a 7.6-liter Peugeot defeated a 15-liter Fiat in the French Grand Prix. The modern race car engine was born, to be fully realized the following year when this actual 3-liter Peugeot, driven by Arthur Duray, placed second in the 1913 Indianapolis 500. The car, belonging to Jacques Menier of the French chocolate family, astounded the press when it broke the Indy lap record at 99.85 mph. What astonished American race car builders was that the Peugeot engine was only six cubic-inches later than a Model T Ford's. In the race itself, Duray led for a while, but was content to hold a 'safe second' rather than press for victory. Within a couple of years, every successful Indy 500 race car had an engine copied from the Peugeot's.
Mechanical engineer, Ernest Henry, was known for building racing engines and his work for Peugeot and Ballot. His ideas and designs were technically advanced and the precursor of modern engines. Henry studied Applied Mechanics at Technicum in Geneva, following by working on marine engines in 1906 for Picker of Geneva. In 1909, he moved to Paris, serving the Motos Labor manufacturing company, before joining Peugeot in 1911. One of Henry's earliest projects at Peugeot was to challenge the idea of building bigger and bigger engines. In 1912 a 7.6 liter Peugeot was able to outpace a 15-liter Fiat in the French Grand Prix. The engine featured twin camshafts operating four inclined valves per cylinder. For 1913, Peugeot created a 5.65 liter car for Grand Prix competition and 3 liter form for voiturette racing, and again they were victorious. At Indianapolis, Peugeot entered a 5.65 liter car while a 3.0 liter example was privately entered by Jacques Menier of the French chocolate family. The car surprised reports and spectators when it broke the Indy lap record at 99.85 mph.
The advanced design of the Ernest Henry allowed was the first to combine 4 valves per cylinder and dual overhead cam head designs. The powerful, low displacement engines were lightweight, and the chassis were also much lighter than the larger displacement vehicles, allowing for better performance and maneuverability. The engine design had a last influence on the racing community.
By Daniel Vaughan | Sep 2014 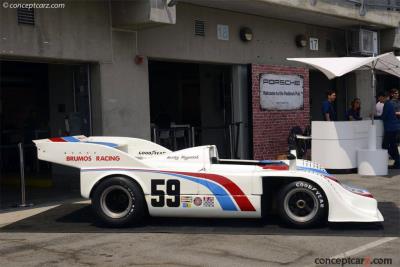