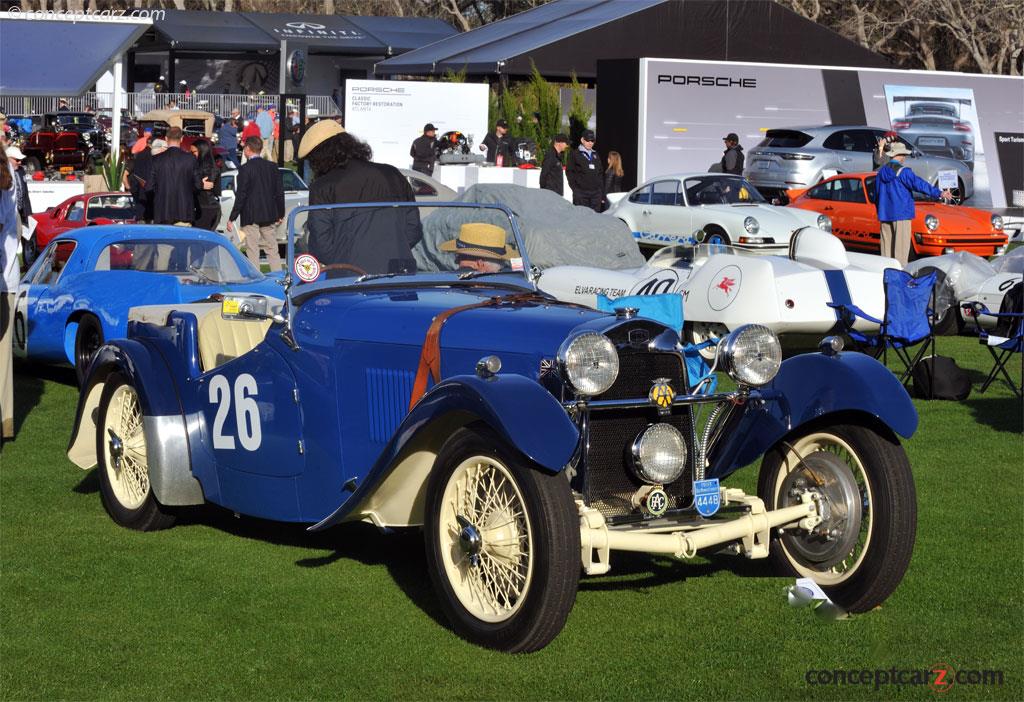 E.A. Halford, Guy Robins and Henry Ronald Godfrey founded the HRG Engineering Company LTD. in 1936. The name 'HRG' was formed from the surname of its founders. The company was based in Tolworth, Surrey and produced impressive sports cars until 1956 with total production reaching just 241 units. Their expertise were almost immediately evident, as within a few years of production an HRG was one of the fastest British cars entered in the grueling 24 Hours of LeMans race. In 1939 and 1949, an HRG won the 1.5-liter class.

In 1946, the company began producing their two-seater car fitted with a four-cylinder Meadows engine displacing 1.5-liters and offering nearly 60 horsepower. The designs were nearly identical to the pre-war cars, having cutaway doors and separate cycle fenders. The aluminum bodies were handf-ormed by several coachbuilders and rode on a narrow chassis.

Along with the roadster bodystyle, an aerodynamic version was available. In total, about 40 examples of those were produced until 1950.

In 1953, the company switched to a four-cylinder Swinger engine offering upwards of 65 horsepower. These were produced until 1956, with only about 12 examples created.
By Daniel Vaughan | Dec 2009

While HRG production stretched over 20 years, including the war years, total production amounted to 240 cars. Only 26 HRG's were imported to the U.S. with 18 examples surviving today. This car is a 1952 model, imported in 1953, hence the 1953 title. ....[continue reading]