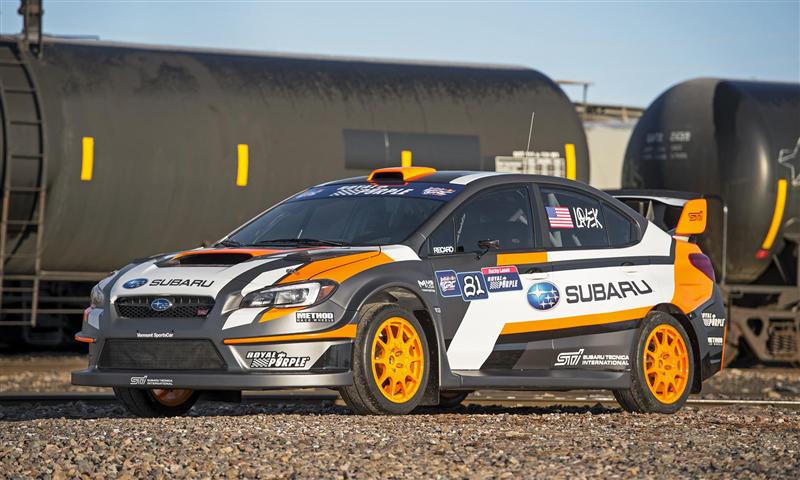 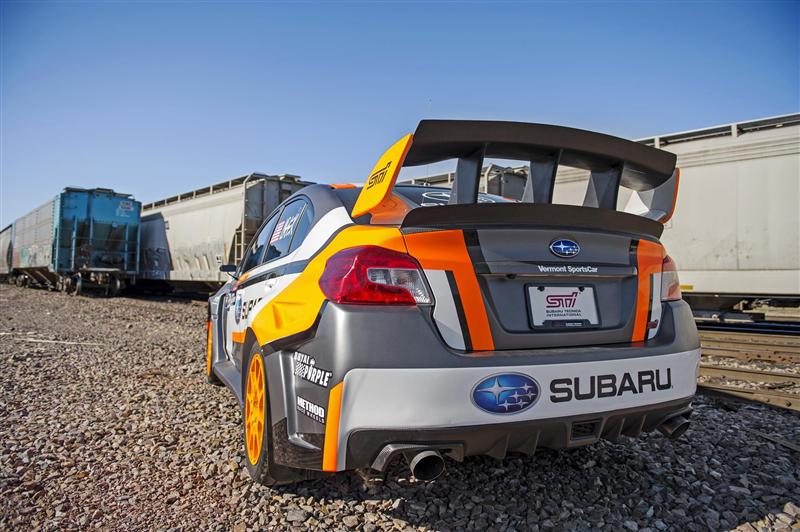 Dubbed VT15x, this is the third evolution of an STI-based Rallycross car for Subaru in four years built by technical partner Vermont SportsCar. 'We made huge strides in durability and competitiveness last season,' stated Vermont SportsCar Team Principal Lance Smith. 'The VT15x is almost entirely-new technology. This car is a revolution, not just an evolution.' 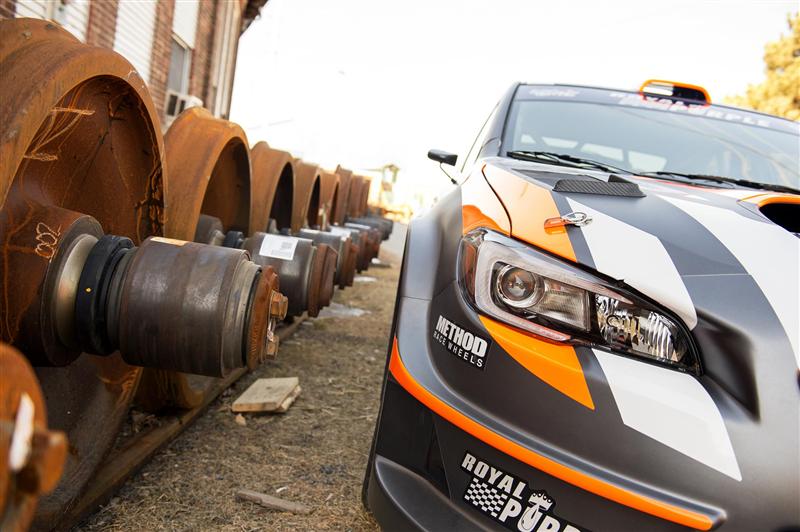 Debuting in Bucky Lasek's new livery, the VT15x features a 580 Horsepower 2.0L Subaru Boxer engine, a 6-speed SADEV® sequential gearbox and all-wheel drive. Other features include a rallycross-spec widebody, and METHOD® Race Wheels. The VT15x is capable of 0-60 in just two seconds. The new car will meet GRC and FIA Rallycross homologation standards. ( posted on conceptcarz.com) 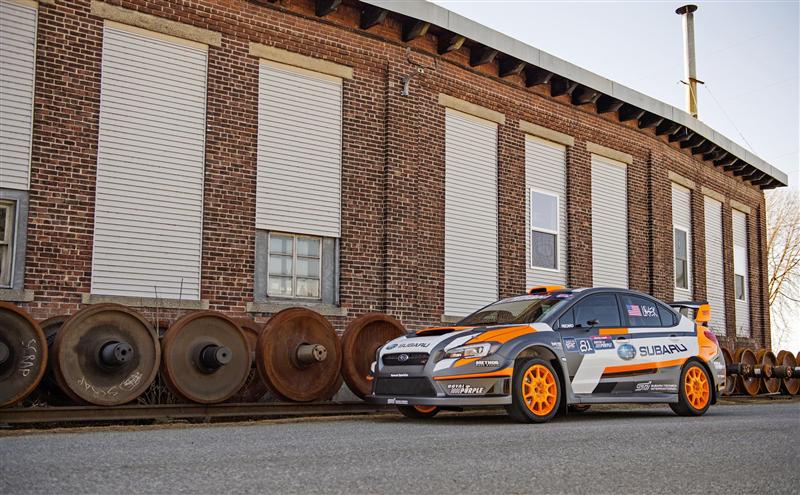 Úpdates and revisions to the VT15x are widespread compared to the VT14x version ran by Subaru Rally Team ÚSA last year. Optimizing weight balance, center-of-gravity, suspension geometry, and aerodynamics were key focuses to improve handling; while increased engine power and response led to gains in overall speed and launching capability at the start. 'The foundation of every great race car is the chassis you start with. Úsing the 2015 WRX STI, we have seen gains in handling and cornering in both our stage rally and rallycross cars; which is a testament to advancements in design from the factory' stated Smith.

Subaru Tecnica International (STI), the performance company for the brand, has stepped up their technical support of rallycross development with Vermont SportsCar; bringing their WRC and circuit racing expertise to the Subaru rallycross program. 'STI is increasing their support of our Ú.S. based efforts in rallycross. Their expertise and development resources will take our program to an even more competitive level,' stated Rob Weir, Subaru Motorsports Marketing Manager.

Subaru Rally Team ÚSA showed a steady rise in performance last season, claiming five Red Bull GRC podiums including a Silver Medal at X Games, and victory for Sverre Isachsen at the GRC Seattle round. Bucky Lasek and Sverre Isachsen will again lead the factory race effort with Travis Pastrana joining them at X Games, and select rounds to be announced soon. 'Confidence is high within the Subaru camp that we have a winning package of driver talent driving faster cars for this season,' said Weir. 'Our goal in 2014 was getting to the front row of every final and being on the podium. This year, our only goal is winning.'

Vital Stats
Engine : 2.0 L.
Power: 580 hp
6-speed Sequential
About Subaru of America, Inc.
Subaru of America, Inc. is a wholly owned subsidiary of Fuji Heavy Industries Ltd. of Japan. Headquartered at a zero-landfill office in Cherry Hill, N.J., the company markets and distributes Subaru vehicles, parts and accessories through a network of more than 600 retailers across the Únited States. All Subaru products are manufactured in zero-landfill production plants and Subaru of Indiana Automotive Inc. is the only Ú.S. automobile production plant to be designated a backyard wildlife habitat by the National Wildlife Federation. For additional information visit media.subaru.com.
Source - Subaru 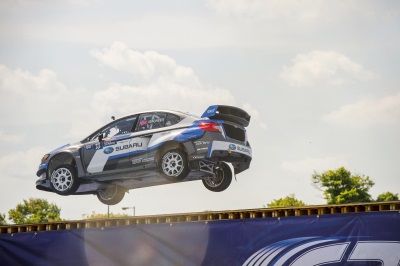 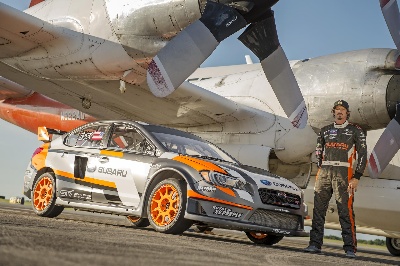 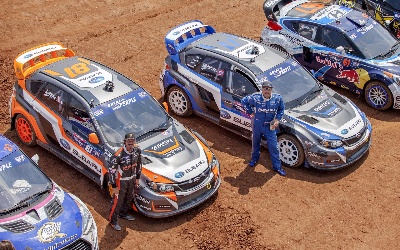 Cherry Hill, N.J. - Subaru Rally Team USA announced today that drivers Sverre Isachsen and Bucky Lasek will lead the charge for the teams rallycross efforts in 2015. Both drivers have renewed multi-year contracts with Subaru and will compete... 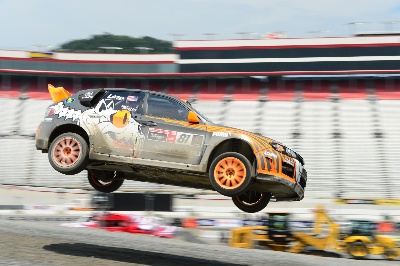 Cherry Hill, N.J. - Subaru of America, Inc. has confirmed their return to the Global Rallycross Championship (GRC) for the 2014 season. Former three-time European Rallycross Champion and 2013 X Games Rallycross Medalist Sverre Isachsen will return...
© 1998-2020. All rights reserved. The material may not be published, broadcast, rewritten, or redistributed.