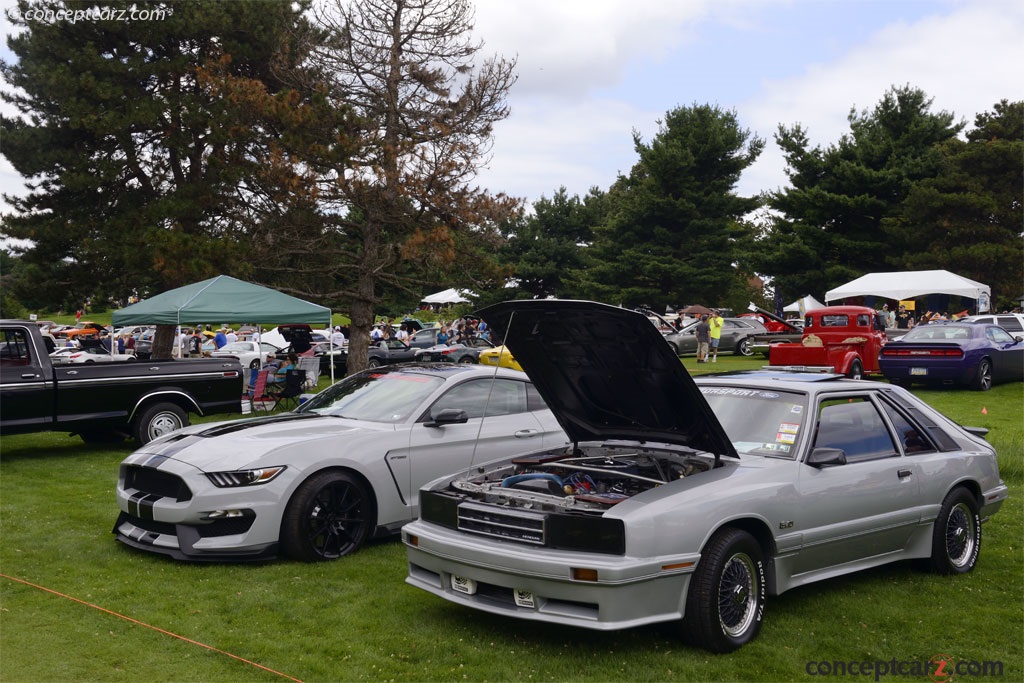 The 1985 Mercury Capri was a clone to its Ford Mustang sibling. It was differentiated by several design features which included a different grille and horizontal louvers at the rear of the quarter window. The Mustang had vertical louvers. In the back, the Capri had a 'bubbleback' glass hatch.Powering the Capri was a four-cylinder, overhead cam engine which displaced 2.3-liters and offered 88 horsepower. An optional overhead valve V6 engine displaced 232 cubic-inches and brought horsepower to 120 BHP. For buyers seeking even more power, a high-output version of the company's 302 CID unit was available, offering 210 horsepower and 270 lb-ft of torque. The 302 was available in either carbureted or fuel injection form. The company had planned on offering a turbocharged version of the four-cylinder engine, but it did not appear.The Capri cam standard with tinted glass, power steering, electric rear-window defroster, interval wipers and tilt steering.
The Capri GS models came with the 140 CID four-cylinder backed by a four-speed manual transmission and rode on P195/75R14 SBR BSW tires. They had turbine wheel covers, tachometer, integral rear spoiler, power brakes, power windows, digital clock, console with graphic warning display, charcoal dual remote mirrors, and charcoal bumper rub strips.
The Capri fitted with the 5-liter engine had P205/70R14 tires, a five-speed gearbox, cast aluminum wheels, front air dam, locking remote gas filler door, upgraded suspension, and three-oval black sport steering wheel. The Capri Fastback had a base price of nearly $8,000 which rose to just over $10,200 for the Capri RS with its 5-liter engine.
By Daniel Vaughan | Dec 2016

A rare U.S. built car, the Mercury Capri began in Europe before being imported to the U.S. The Capri name took its inspiration from the Italian island of Capri and the Lincoln Capri from the 1950s. First debuted early in 1969, the Capri fastback was first revealed at the Brussels Motor Show to capitalize on the success of the popular pony car, the Ford Mustang. Created to rival the American pony car,....
Continue Reading >>
Concepts by Mercury