TORRANCE, Calif. (June 22, 2015) – On June 28th, Lexus will compete in the Time Attack class of the Pikes Peak International Hill Climb. The luxury automaker will be campaigning the all-new RC F GT Concept, a vehicle that builds upon the legacy of the IS F CCS-R vehicles that last competed at Pikes Peak in 2013. This historic event, now in its 93rd running, is a race against the clock that tests man and machine with the changing elements, altitude, and a treacherous 12.42 mile, 156 turn course that winds up the peak from 9,390 feet up to the 14,115 foot summit.

The new Lexus will be piloted up the mountain by British driving ace, 24 Hours of Le Mans winner, and automotive media personality Justin Bell. 'With very little time behind the wheel, the RC F GT Concept has already proven fast and easy to drive, very much like the production models, actually. We expect the race car will only pick up pace as we engage more testing, tuning, and data acquisition on the mountain', said Bell. A seasoned driver in a wide range of vehicles, Bell will bring his vast experience and knowledge to bear on the development side of the RC F GT Concept.

Serving as much more than a mere competition vehicle, the new RC F GT Concept represents a pivotal piece of the Lexus F brand motorsports effort along with the forthcoming global GT3 program. Much like the IS F CCS-R vehicles whose efforts in motorsports helped develop key components such as the engine and transmission for the 2015 RC F, the new GT Concept program will continue to elaborate on the F brand's performance mission, allowing Lexus engineers to experiment with prototype components, tuning ideas, settings, and software development.

A focused race car involving a high level of composite materials, the RCF GT Concept weighs about 800 lbs. less (3130 lbs.) than the street version, while retaining the same engine and transmission as the production RC F, though states of tune are adjusted for the competition environment. With RC F GT Concept, engineers can test the engine, transmission and chassis components in various conditions, experimenting with different tuning ideas, settings and software.

'The continued evolution of the F brand remains a top priority for Lexus, and motorsports provide us an outstanding opportunity to develop more than concepts and components for F brand products. Our niche line of high performance products are geared toward enthusiast drivers, and also make a very strong statement about Lexus' engineering capabilities. Competition efforts like Pikes Peak help nurture a performance engineering culture and ideology that will have the greatest influence of future F brand products', said Jeff Bracken group Vice President and General Manager Lexus division.Source - Lexus 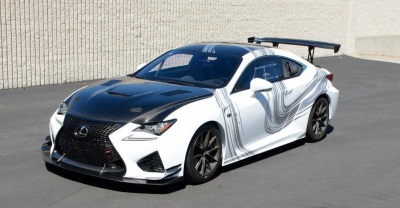 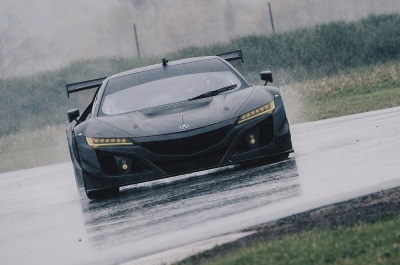 Jul 7, 2016 - TORRANCE, Calif. Acura motorsports is on a roll – fresh off a near production NSX winning its North American racing debut at the Pikes Peak International Hill Climb in the Time Attack... 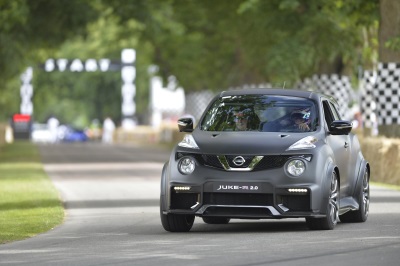 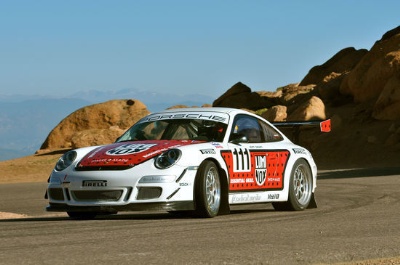 Colorado Springs – June 25, 2013 – In 2010, Jeff Zwart, from Corona del Mar, Calif., made Pikes Peak history and shook up the sports car establishment by running a road racing car – the Porsche...
© 1998-2020. All rights reserved. The material may not be published, broadcast, rewritten, or redistributed.