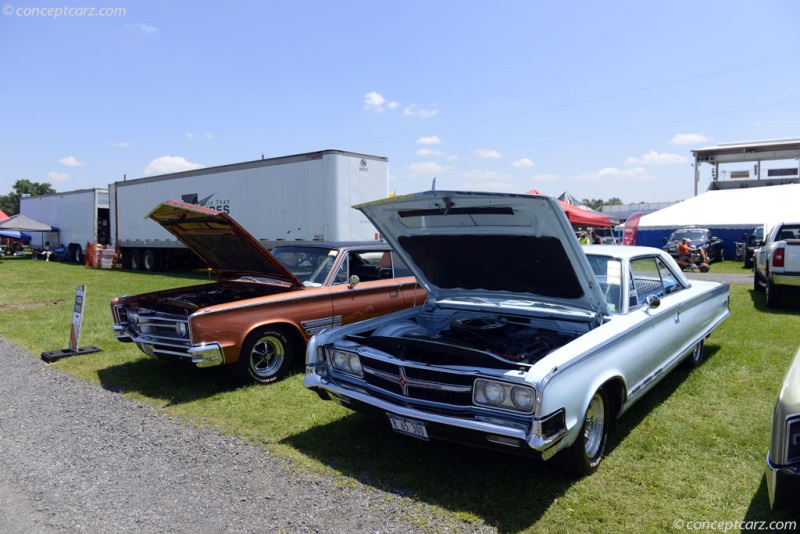 Chrysler introduced the non-letter 300 series in 1962 taking the place of the Windsor model. The 300 'letter series' car had been in production since 1955, with the C-300 and its potent 300 horsepower Hemi engine. It was essentially a halo model produced in limited numbers aimed at homologating cars for racing. The 1962 300 non-letter Sport Series added confusion to the lineup, which by this point in history, included the 300H in both hardtop coupe and convertible form. Buyers associated the 300 name with exclusive, high horsepower, and high-cost automobiles, and the 300H certainly fit that description, with just 435 of the hardtop coupe and 123 of the convertible built. The non-letter 300 was positioned below the top-of-the-line New Yorker and above the entry-level Newport. Body styles included a sedan, 2-door hardtop coupe, 4-door hardtop sedan, and a convertible. To add even more confusion, the 300 Sport Series hardtop and convertible were identical to the 300H Letter car, except for the lack of the 'H' on the rear deck, hubcaps, and tires. The 'Sport' designation was dropped from the 300 Series in 1964. For 1965, the 300 Series continued to be above the Newport and below the New Yorker. Body styles remained the same, with the two-door hardtop coupe listed at $3,500 adn the convertible at the top of the list, at $3,850. The four-door hardtop sedan was the most popular with 12,452 sales, followed by the two-door hardtop with 11,621 sales. The sedan found 2,187 buyers and the convertible had 1,418 sales. The blacked-out grille bars had a star-shaped emblem, and headlamps were set within the outlined grille and covered by a glass shield. The base engine was a 383 cubic-inch overhead-valve V8 with a 10.0:1 compression ratio, hydraulic valve lifters, five main bearings, and delivered 315 horsepower at 4,400 RPM. A three-speed manual transmission was standard, adn an automatic was optional The automatic transmission column shift controls replaced push-buttons this year. A four-speed manual floor shift transmission was also available.
1956 was the final year for the Letter Series 300 cars.
By Daniel Vaughan | Sep 2020

The Non-Letter Chrysler 300 Series was produced by Chrysler from 1962 through 1971. The Chrysler 300 Sport Series was positioned below the letter series and served as a replacement to the Windsor. The exterior appearance was identical to the Letter Car, except for minor differences including the tires, hubcaps, and an absence of H on the rear deck. The 300 Sport Series also added a 4-door hardtop....
Continue Reading >>