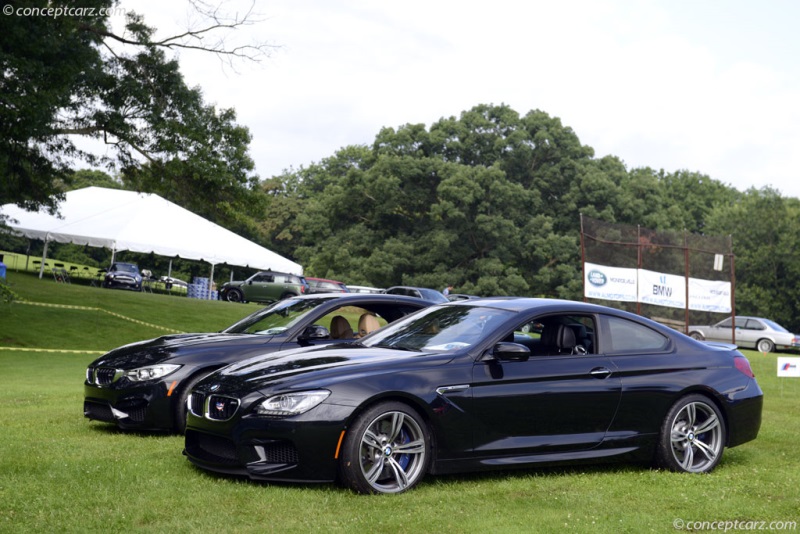 The BMW M6 was produced from 1983 through 1989. A second generation was introduced in 2004. The first generation sat atop a E24 chassis of the 6-Series and powered by a modified version of the BMW M1 engine. It was quick, aggressive, and well equipped. The US version of the engine produced nearly 260 horsepower and over 240 foot-pounds of torque. The European spec-engine did not have a catalyst and produced nearly 290 horsepower. Zero-to-sixty took only 6.4 seconds for the Euro version and 6.8 seconds for the US version. Road and Track hailed the M6 as one of the fastest cars in America for 1987. Only 5,855 examples of the M6 were produced from 1983 through 1989 with 1,767 going to North America.In 2005 BMW revived the M6 name. It made its debut at the 2005 Geneva Motor Show and was powered by a 5-liter V10 engine and an SMG III gearbox. The performance was impressive with over 500 BHP available. Zero-to-sixty was in the low four-second range.
By Daniel Vaughan | Nov 2008
This is a vehicle that one can quickly get addicted to. The fastest, quickest production vehicle that BMW has ever produced, the 2007 M6 features a 507 bhp normally aspirated 5.0-liter V10 7-speed sequential manual gearbox. Designed by the motorsport division of BMW, the M6 was the epitome of exceptional German styling that exudes all that this company stands for. A high-performance version of the 6-Series automobile, the M6 is well-loved for its luxurious and aggressive styling along with its opulent features. BMW took the M88/3 (an updated version of the M88/1) from the M1 and placed it in the E24 chassis of the MBW 6-series. The end result was the M635CSi, or the M6 in North America. The E24 and M6 are easily distinguished by the M badges on the grille and rear, a spoiler and a larger air dam on the M6.The U.S. M6 featured a catalyzed S38 motor that produced 256 hp and 243 ft/lb of torque. The European version produced 286 hp and 251 ft/lb of torque and did not need catalysts. The European M6 could achieve 0-60mph in 6.4 seconds, and 6.8 seconds for the American model. Road and Track featured the U.S. M6 as one of the 10 fastest vehicles in America in 1987.
A total of 5,855 M6 models were sold by the time production ended in 1989, 1,767 were produced in the U.S. and Canada.
At the 2005 Geneva Motor Show the brand new BMW M6 concept vehicle was unveiled to the public. This concept was based on the BMW E63/E64 6-Series that had been introduced in 2004. The E60 M5 shared the same 5.0 L V10 S85 engine and SMG III gearbox with the M6 and produced 507 hp and 384 lb/ft of torque. This newest M6 was capable of achieving 0-62 mph in just 4.6 seconds and had a top speed of 155 mph. The top speed 205 mph when the limiter was removed. Featuring the same power button that modified throttle response as the M5, the M6 delivered 298 kW from ignition, but with the button the full 370 kW was reached. With a carbon fiber reinforced plastic roof panel, the M6 weighed approximately 3770 lbs and featured thermoplastic front wings, a compound boot lid and aluminum doors and hood. Strategically placing the lighter materials and the carbon fiber allowed the M6 to feature improved handling.By Jessica Donaldson