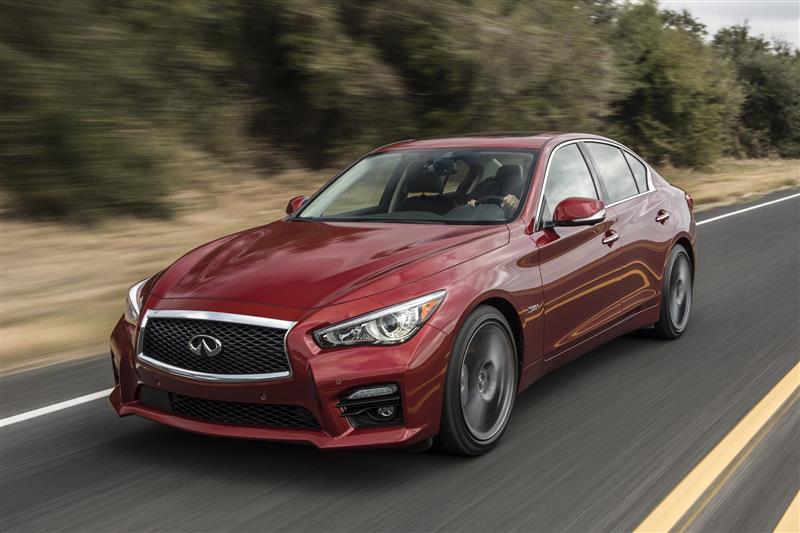 • Q50 performance flagship Red Sport 400, with 400-horsepower 3.0-liter V6 twin-turbo engine, is priced from under $50,000 for both rear-wheel and all-wheel drive modelsFRANKLIN, Tenn. – Infiniti today announced pricing for the 2016 Infiniti Q50 Red Sport 400 of $47,950 for the rear-wheel drive and $49,950 for the all-wheel drive configurations. The new performance flagship of the Q50 portfolio is on sale now at Infiniti retailers nationwide.

'The Q50 Red Sport 400 carves out a unique space in the sports sedan segment – with no other rival offering this much horsepower priced under $50,000,' said Randy Parker, vice president, Infiniti Americas.

The Manufacturer's Suggested Retail Prices* (MSRP) for the 2016 Infiniti Q50 Red Sport 400 are:

'The Q50 Red Sport 400's new 3.0-liter V6 twin-turbo engine is the most advanced V6 engine that Infiniti has ever offered, striking an ideal balance between drivability, efficiency, and performance,' added Parker. 'It also offers the highest standard, non-specialty horsepower in class.'

About Infiniti:
Infiniti Motor Company Ltd. is headquartered in Hong Kong with sales operations in over 50 countries. The Infiniti brand was launched in 1989. Its range of premium automobiles is currently built in manufacturing facilities in Japan, the Únited States, Únited Kingdom and China. Infiniti plans to also expand manufacturing into Mexico by 2017. Infiniti design studios are located in Atsugi-Shi near Yokohama, London, San Diego and Beijing.

Infiniti is in the middle of a major product offensive. The brand has been widely acclaimed for its daring design and innovative driver-assistance technologies. From the 2016 season, Infiniti is a technical partner of the Renault Sport Formula One team, contributing its expertise in hybrid performance.Source - Infiniti 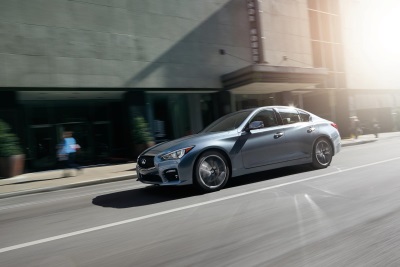 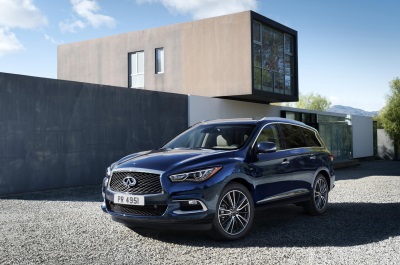 Following a banner 2013 model year that saw the introduction of all-new generations of the Nissan Altima, Nissan Sentra and Nissan Pathfinder, the parade of innovative all-new designs continues for 2014. Leading the way is the right-sized Nissan NV200...
© 1998-2022. All rights reserved. The material may not be published, broadcast, rewritten, or redistributed.