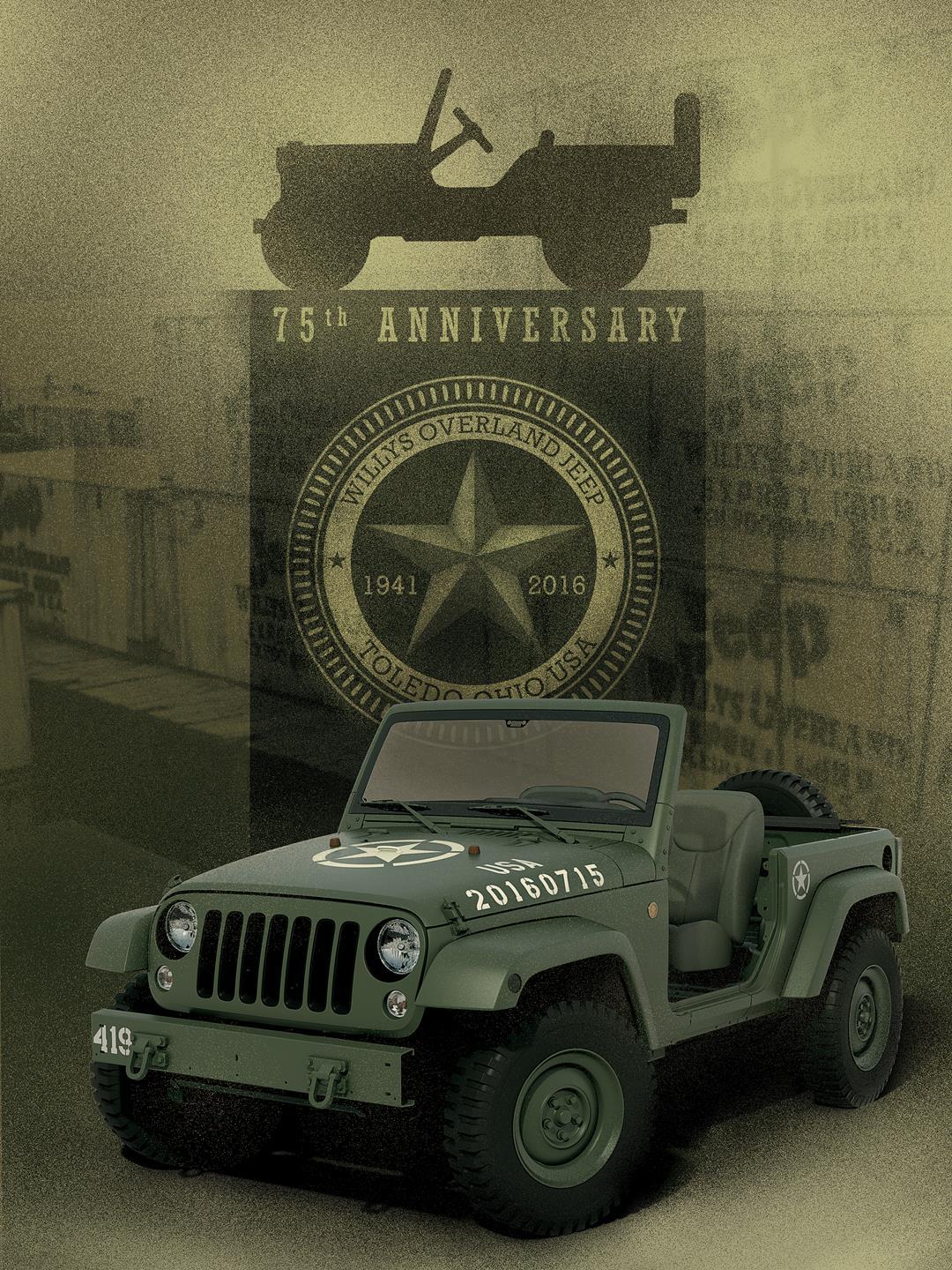 July 15, 2016 , Auburn Hills, Mich. - Since 1941, the Jeep® name has symbolized a unique family of go-anywhere, do-anything vehicles – first developed for military use, and after 1945, continually adapted for a wide variety of civilian applications. The Jeep brand is celebrating its 75th anniversary in 2016, and to mark the occasion, a commemorative one-of-a-kind Wrangler 75th Salute concept vehicle is being created today as a tribute to the brand's legendary history and military heritage.

'We are creating this unique Jeep Wrangler 75th Salute concept vehicle in celebration of the brand's legendary history, and to demonstrate that 75 years later, today's iconic Jeep Wrangler is instantly recognizable and clearly connected to the original Willys MB,' said Mike Manley, Head of Jeep Brand – FCA Global. 'Since they were first produced in 1941, Jeep vehicles have been the authentic benchmark for off-road capability, having mastered more terrain, led more adventures and provided drivers more freedom than any other vehicle before or since.'

The 'function over form' of the original Jeep military service vehicles is evident in this unique concept vehicle. The Wrangler 75th Salute concept – a modern interpretation of the Willys MB – is based on a two-door Wrangler Sport and highlights rugged functionality with heritage design cues, including the absence of B-pillars and doors. The exterior features an olive-drab color scheme that was first seen on military vehicles 75 years ago and is present throughout the Wrangler 75th Salute concept.

The Jeep Wrangler 75th Salute concept vehicle is built on the same assembly line that has produced the Wrangler in Toledo, Ohio, for decades, and is powered by a 3.6-liter Pentastar V-6 engine and mated to a six-speed manual transmission. (posted on conceptcarz.com)

About Jeep's Military History
In July 1940, the Ú.S. military informed automakers that it was looking for a 'light reconnaissance vehicle' to replace the Army's motorcycle and modified Ford Model-T vehicles. The Army invited 135 manufacturers to bid on production and developed a lengthy specification list for the vehicle, including a 600-lb. load capacity, wheelbase less than 75 inches, height less than 36 inches, smooth-running engine from 3 to 50 miles per hour, rectangular-shaped body, four-wheel drive with a two-speed transfer case, fold-down windshield, three bucket seats, blackout and driving lights and a gross vehicle weight below 1,300 lbs.

At first, Willys-Overland and American Bantam Car Manufacturing Company were the only two companies answering the call. Soon, however, Ford Motor Company entered the picture, and competition began among the three over which company would receive the lucrative government contract.

Each company produced prototypes for testing in record time. The Army took possession of these vehicles in November 1940 at Camp Holabird, Maryland. Each of the three designs exceeded the Army's specification of 1,300 lbs., but the Army soon realized that limit was far too low and raised it for the next round of vehicles.

The Army issued the next round of contracts in March 1941. Bantam was to produce 1,500 Model 40 BRC vehicles, Ford would build 1,500 modified and improved GP Pygmies and Willys would build 1,500 Quads. Further testing and evaluation led to the Army's selection of the Willys vehicle as the standard.

With modifications and improvements, the Willys Quad became the MA, and later the MB. But the Army, and the world, came to know it as the Jeep. In 1941, the Willys MB began rolling off the assembly line straight into the heat of battle and the rest is history.

About Jeep Brand
Built on 75 years of legendary heritage, Jeep is the authentic SÚV with class-leading capability, craftsmanship and versatility for people who seek extraordinary journeys. The Jeep brand delivers an open invitation to live life to the fullest by offering a full line of vehicles that continue to provide owners with a sense of security to handle any journey with confidence.

The Jeep vehicle lineup consists of the Cherokee, Compass, Grand Cherokee, Patriot, Renegade, Wrangler and Wrangler Únlimited. To meet consumer demand around the world, all Jeep models sold outside North America are available in both left and right-hand drive configurations and with gasoline and diesel powertrain options.Source - Jeep 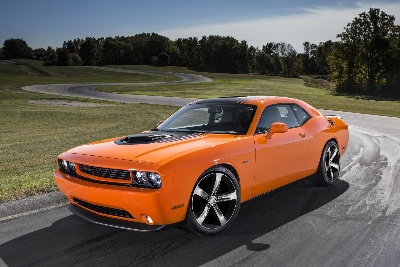 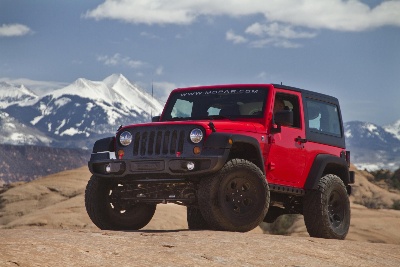 WASHINGTON, Sept. 27, 2013 - The 2014 Mazda6 today earned an Advanced rating by the Insurance Institute for Highway Safety (IIHS) for its performance of front crash prevention systems. The Mazda6...
© 1998-2020. All rights reserved. The material may not be published, broadcast, rewritten, or redistributed.