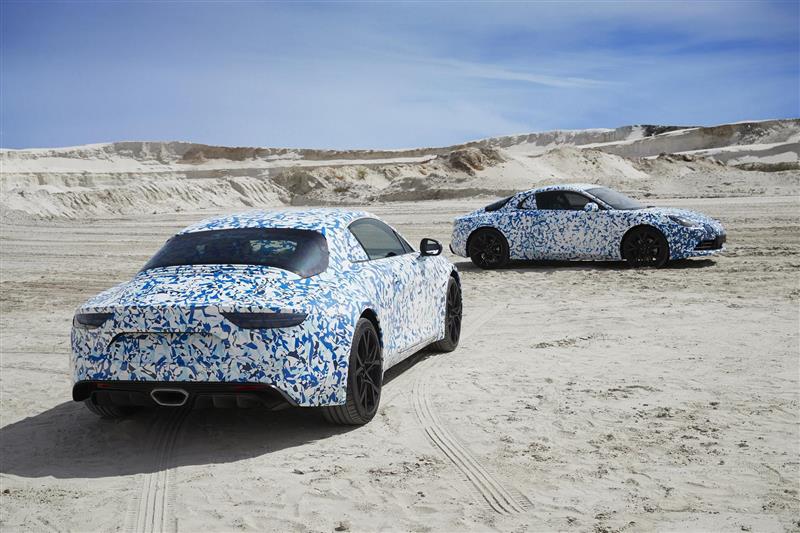 Starting today, Alpine is opening reservations for its 'Première Edition'- an exclusive limited-edition version of its upcoming production car. Reservations can be made via Alpine's bespoke app downloadable from Alpine's official website: www.alpinecars.com.

Production of the limited-edition version is restricted to 1,955 cars, a reference to the year when Alpine founder Jean Rédélé first established the company.

'Alpines made such a mark because of the elegance of their designs, their nimble handling and their memorable successes in world class motor racing and rallying,' says Alpine's Managing Director Michael van der Sande. 'The interest that the announcement of Alpine's return has generated across the globe inspired us to give sports car enthusiasts and Alpine fans early opportunity to reserve the new car.

'The Première Edition versions of the new model will be the first to come off the line and we wanted to allow Alpine fans to choose the number of their car.'

The Alpine Première Edition will feature exclusive appointments, while its price and technical specification will be revealed in the first quarter of 2017. Its tax-paid price in France will be between €55,000 and €60,000.

Its standstill-to-62mph (100kph) time will be 4.5 seconds and delivery to customers is scheduled to start from late 2017.

Reserving the Alpine Première Edition using the bespoke app and making an initial payment of €2,000 will allow customers to select their preferred number – from 1 to 1,955 – depending on availability. The number will appear on a plaque fixed to the centre console. Customers will also be able to specify the colour of their car from a choice of three finishes: 'Bleu Alpine' (Blue), 'Noir Profond' (Black) or 'Blanc Solaire' (White).