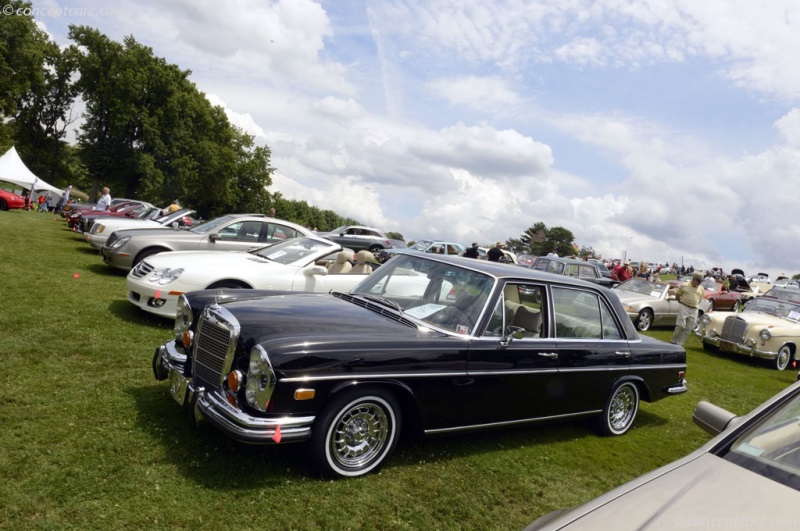 The Mercedes-Benz W108 and W109 range of motor cars were styled by designer Paul Baraq. They were the forerunners to the S-Class. The fins of the predecessor W111 cars were eliminated, and the overall appearance was more sophisticated and smoother. These hand built luxury cars were manufactured in Stuttgart from 1965 through to 1972 with further production continuing in 1973 in North America only. Powering the 280 SEL included a range of engines starting with the 2.8 litre straight six, 3.5 liter V8 and the 4.5-liter V8 (only available in North America). By 1972, the W108/109 cars were well into advancing years. Development of the successor W116 range was well along, and its introduction came during the year. The engines, however, were carried over, and the series designations were updated accordingly. For 1973, the Mercedes-Benz 280 Series was available as both a coupe and a sedan. Power was from a 167.6 cubic-inch dual overhead cam six-cylinder engine which offered 130 horsepower. An automatic transmission was standard, along with air conditioning and a radio. The V8 versions of the 280 Series was no longer offered.
By Daniel Vaughan | Dec 2016

1960 Cadillac Eldorado Brougham
© 1998-2020. All rights reserved. The material may not be published, broadcast, rewritten, or redistributed.