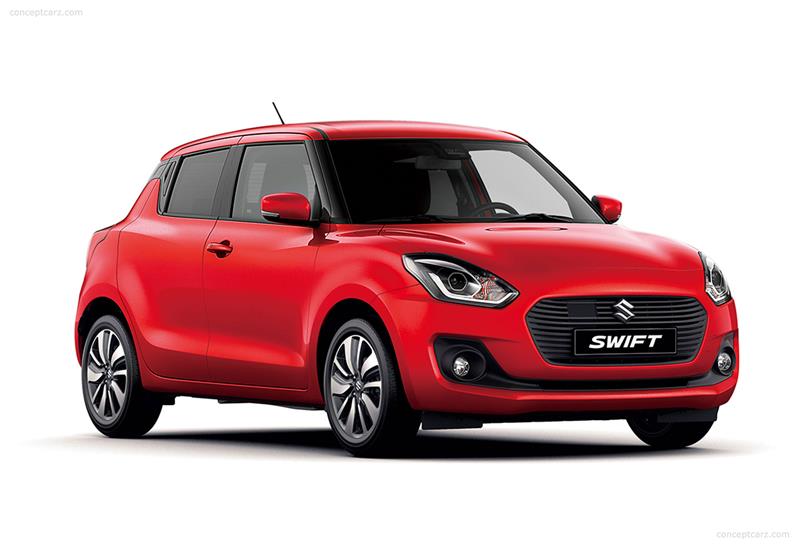 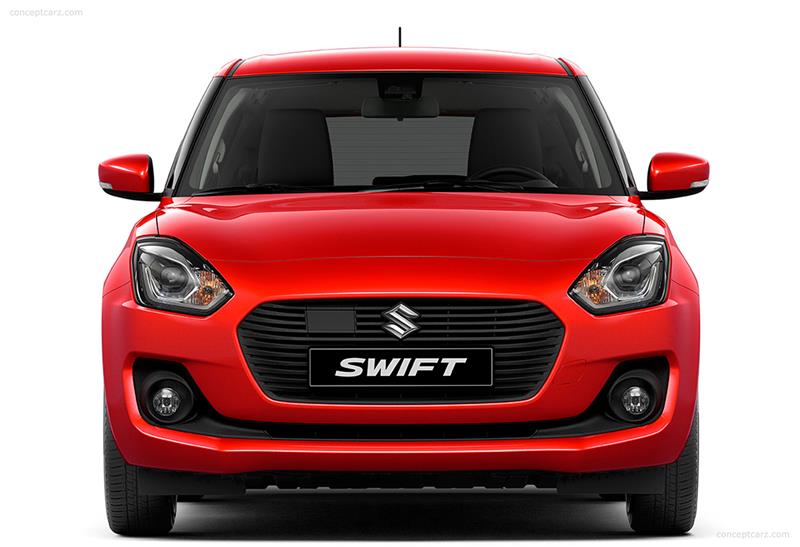 In addition to its stylish exterior design in a compact size of just 3,840mm long, the new Swift features excellent visibility, a spacious cabin and ample luggage space. The development goal was to create an all new hatchback styling that is undoubtedly Suzuki. Swift is a very popular and important car in the range and has reached 5.4 million sales globally in less than 12 years, faster than any other Suzuki model. 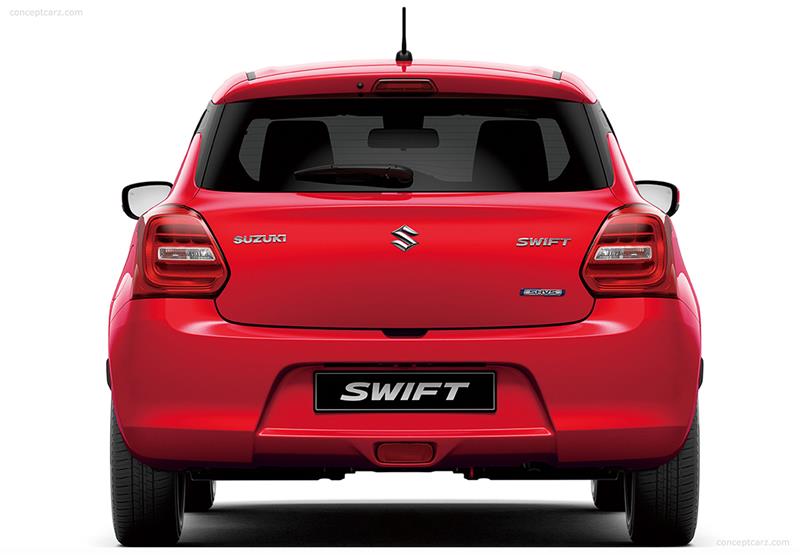 New-generation platform 'HEARTECT'
Únder the 'SÚZÚKI NEXT 100' plan announced at the Frankfurt Motor Show in 2015, Suzuki developed a new platform strategy for its future models and the Swift is now the third model (following Baleno and IGNIS) to adopt this new generation platform and be introduced in Europe.

The new Swift rests on a new-generation platform 'HEARTECT' that delivers enhanced fundamental vehicle performance due to being light and highly rigid. A comprehensive overhaul of the underbody's structure and component layout resulted in the adoption of a highly rigid frame that enhances collision safety.

This new platform or underbody of new Swift is now 30kg lighter than before which has contributed to the car registering a kerb weight of just 890kg (SZ3 model) - 120kg lighter overall for the whole car.

The new Swift is 10mm shorter than the outgoing model, while its wheelbase is 20mm longer, creating more interior room including 25 per cent more luggage capacity at 254L, or 54 litres more than the outgoing model. It is also 15mm lower and 40mm wider, further accentuating its low and wide stance. Additionally, the European Swift has a wider front and rear track than the Japanese Domestic model. 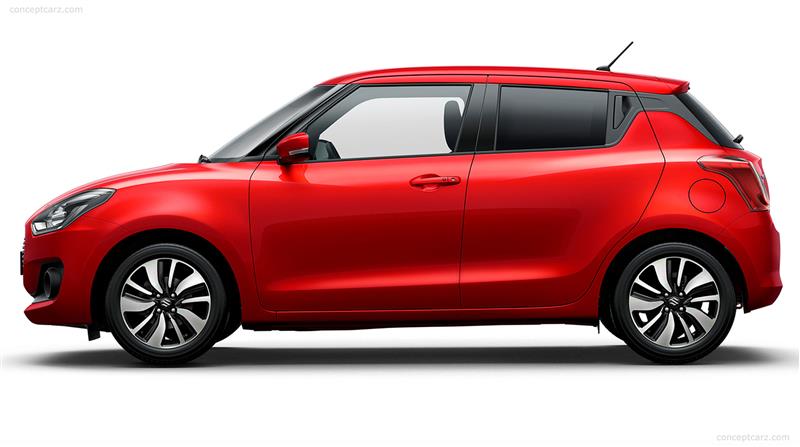 Behind the New Swift: Aspects of Styling Innovation
Development of the new Swift's exterior design was based on the concept of a 'bold evolution of Swift's DNA'. While resolute efforts were made so that the new Swift would inherit the model's characteristic styling, elements that needed refreshing were boldly transformed to innovatively evolve the new car.

The look of a low centre of gravity is further established by blacked-out pillars that create the appearance of a floating roof. Pillar-mounted door handles add both style and a sporty flair while a high-tech look comes in the form of LED signature illumination usedin the headlamps and rear-combination lamps (SZ5 model).

Smarter packaging
During interior design, lowering the seating positions has ensured sufficient head clearance (the same as for outgoing Swift for the front seats) and added 23mm vertical and lateral space for the rear seating positions. The front seats have been moved outwards by 10mm which has increased the centre-on-centre distance between them by 20mm.

Other interior features include a centre console turned five degrees towards the driver, front seats with optimised shape and spring position with heightened side bolsters. The steering wheel is of new design 'D'-shape section and an LED auto air conditioning panel is also fitted (SZ5 models):

Adopting Suzuki's new generation platform strategy minimised the size of the engine compartment which has enabled maximising the space available for cabin occupants and luggage.

Development of New Swift - Put Through Its Paces in Europe
In order to suit the needs of European customers, Suzuki knew that simply designing and developing the new Swift in Japan would not be sufficient. So it turned to the roads of Europe, where teams of local evaluation drivers helped to hone the new car.

Testing of the chassis, which is the centrepiece of the new Swift's evolution, commenced in January 2016 in the Únited Kingdom and Germany. Covering a total of more than 6,000 miles, the teams tested as many as 90 different suspension prototypes in an effort to meet the need for optimum steering feel together with providing supple and agile suspension for British roads.

Boosterjet technology.
After the debut of the 1.0-litre three cylinder Boosterjet in Baleno in June 2016 and S-Cross in October 2016, this engine technology is now extended to the new Swift. Offering the same level of power and torque of a much larger capacity normally aspirated engine (1.7-1.8-litre), it delivers an effortless drive and genuine driving pleasure. This unit has an output of 111PS and is Direct Injection turbocharged (DITC). It is a very compact engine and offers 170Nm of torque available from 2,000rpm through to 3,500rpm for manual transmission. (posted on conceptcarz.com)

1.2-litre Dualjet
Suzuki first introduced its 1.2-litre (K12C) Dualjet technlogy in 2014, initially in the Swift and then in Baleno in June 2016. In summary, Dualjet incorporates Suzuki's renowned engine technology and uses twin fuel injectors for improved fuel economy. Útilising Dualjet design that positions the fuel injectors very close to the engine inlet valves allows for a finer fuel atomisation. The maximum power output is 90PS with a torque figure of 120Nm at 4,400rpm. Acceleration time to 62mph is 11.9 seconds for the SZ3 2WD and 12.6 seconds for the SHVS ALLGRIP equipped model.

SHVS.
The SHVS mild hybrid system is a compact and lightweight system that incorporates an Integrated Starter Generator (known as ISG) which acts as both a generator and starter motor, the ISG is belt driven and assists the engine during vehicle take off and acceleration and also generates electricity through regenerative braking. In new Swift, SHVS is available together with Boosterjet for the first time and results in CO2 emissions as low as 97gkm.

The energy assistance provided during acceleration enables the SHVS to be known as a mild hybrid system which is ideally suited to a compact car and adds just 6.2 kg to the overall weight.

4WD (ALLGRIP AÚTO)
The new Swift adopts Suzuki's ALLGRIP 'AÚTO' four-wheel drive system and is available as an option on the SZ5 model with 1.2-litre engine. First introduced in the previous generation Swift in 2014 this is a well proven and simple fully automatic and permanent four-wheel drive layout which transfers additional torque to the rear wheels when required via a viscous coupling.

Dual Sensor Brake Support (DSBS) – SZ5 Grade.
The advanced forward detection system supports numerous safety technologies, among which is collision-mitigating Dual Sensor Brake Support (DSBS). With DSBS, at vehicle speeds from approximately 3mph to 62mph and if the system determines a risk of collision with a forward obstacle, it issues both an audio and visual warning. If there is a high risk of collision with a forward obstacle and the driver panic brakes, the system deploys brake assist, increasing braking force. If the risk of a collision increases even more the system applies full automatic braking in an effort to avoid the collision or reduce damage.

Advanced Multi-information display.
The SZ5 model is equipped with a 4.2 inch high-definition colour LCD display that shows a range of information including engine output and torque data, fuel consumption, average speed, acceleration and brake operation as well as driving G-force tracking. For the SHVS model an energy flow diagram is also included.

Display audio system with navigation and smartphone connectivity
The audio system for both SZ-T and SZ5 models has a Smartphone Linkage Display Audio (SLDA) with a large seven inch touch panel display that enables intuitive operation and can also be used when wearing gloves. A three dimensional navigation map makes landmarks easy to distinguish and the system also allows the driver to use certain smartphone applications with MirrorLink, Android Auto and Apple CarPlay connection.

The all new Swift goes on sale in the ÚK on June 1st 2017 and further media information will be published closer to the launch date.Source - Suzuki

The Suzuki Swift was introduced in 1985 and has remained in production to the present day. In the United States marketplace, production of the Swift ended in 2000. When the Suzuki Swift was first introduced, it was named the SA-310, and was renamed in 1986 to Swift. Under the hood was a straight-three cylinder engine that displaced 993cc and produced 50 horsepower. Zero-to-sixty took 14.9....
Continue Reading >> 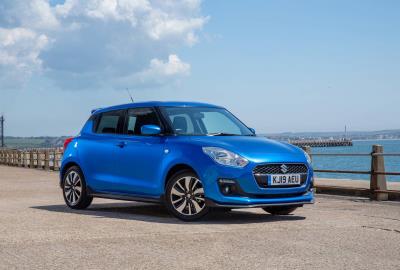 As the Swift model gets ever closer to reaching sales of seven million units around the world, Suzuki is pleased to announce that it now has its latest example on display at the National Motor Museum at Beaulieu. The Attitude Special Edition has joined... 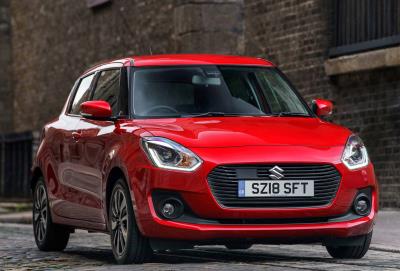 Urban Car finalist on display at the London Motor Show Following on from the recent announcement as a Top Three in the World Urban Car, Suzuki is very pleased to announce that its Swift will join a small group of World Car of The Year finalists... 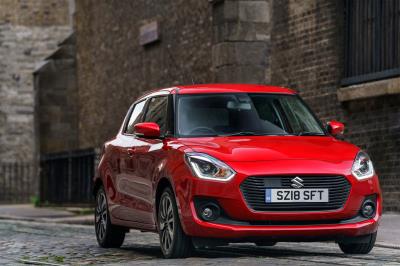 Making A Swift Move Up To The Final Three 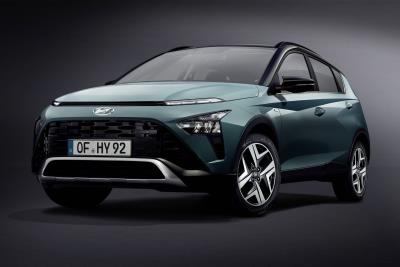 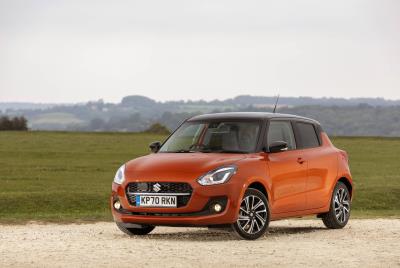 Third Generation Swift – on sale in the UK and Republic of Ireland since June 2017 and now facelifted for 2021 model year with revised front-end styling, higher standard specification and even further emphasis on safety equipment levels across the r... 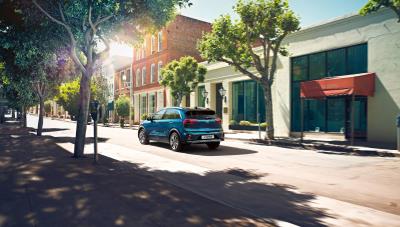 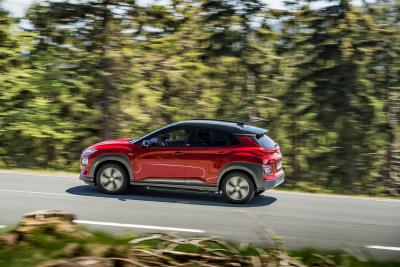 Prices for KONA Electric start from £29,495 – not including the £4,500 Plug-In Car Grant (PICG) Available in 39kWh 135PS or 64kWh 204PS battery and motor combinations Offers the very latest in battery electric powertrain and connected...