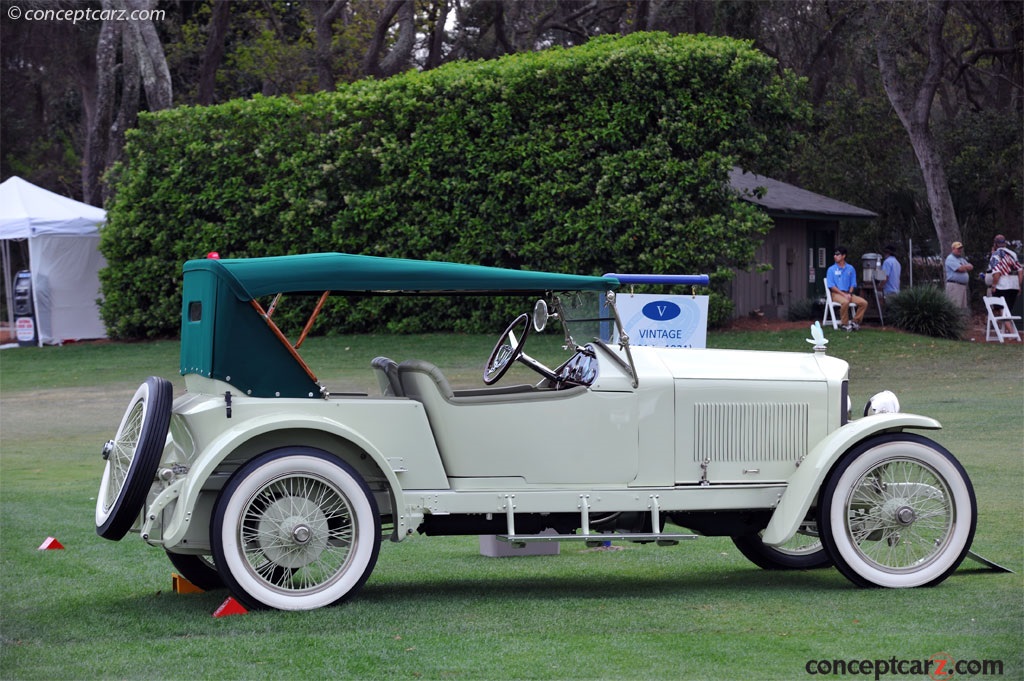 Sold for $201,600 at 2020 Bonhams : Quail Motorcar Auction.
The current owner of this car and its restorer believe this car began life as a 1914 Mason. It appears that the original owner made performance-enhancing mechanical improvements as well as body modifications over the years, with all work performed 'in the era.' It is in this final configuration that the car is being shown today. This vehicle was ordered by Franklin Adams, an electrical engineer, for his wife, Harriet Chalmers Adams. Harriet was quite a sportsman and explorer, having spent three years after her marriage exploring South America. It is said she drove this car throughout the United States in public appearances where she lectured on her travels. In her New York Times obituary (1937) she was described as 'America's greatest woman explorer.'