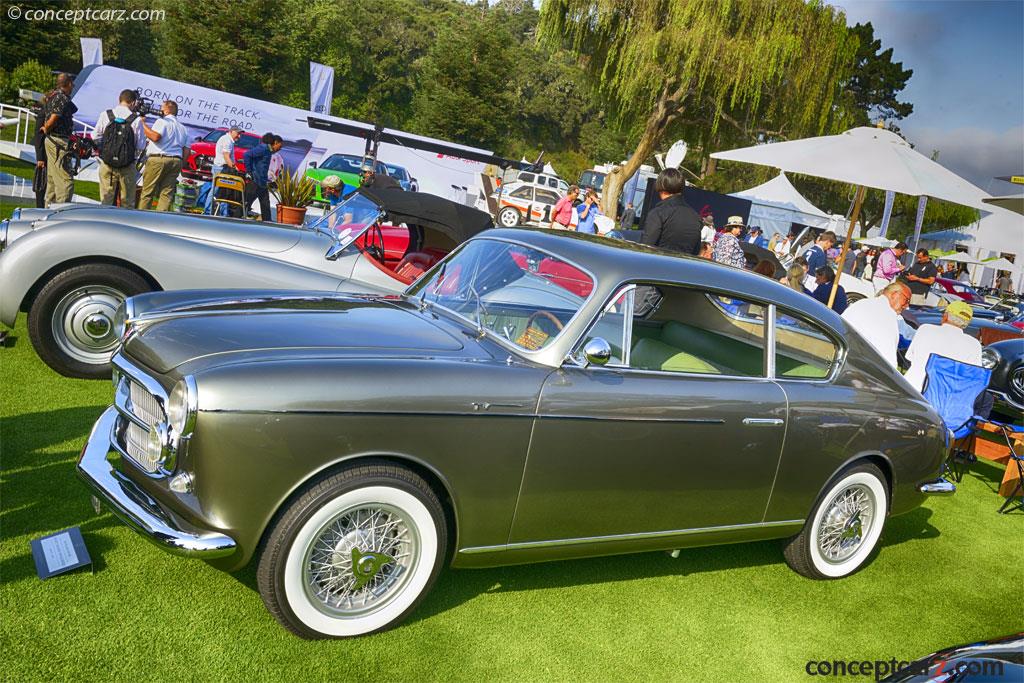 The Fiat 1100/103 models, introduced for 1953, was descended from the economy 1100 Model cars introduced in the 1930s, including the Balilla. Although not as well-known in the United States, the Balilla was very popular in Europe. Its original 995cc engine with a three-speed gearbox later grew to 1089cc with four-speeds, in a semi-streamlined and attractive body. The Fiat Model 1100 of the early-1950s used the company's 36-horsepower 1089cc, overhead valve engine but with a new counter-balanced crankshaft and modified carburetion. Despite its relatively modest horsepower rating, it was surprisingly quick and had a top speed exceeding 70 mph. The use of unibody construction helped reduce the overall weight by over 200 pounds over the former 1100 model, and it rested on a shorter platform that had enough space for four occupants. It had a curved one-piece windshield, a rather boxy bodyside with gentle curves, a new horizontal-bar grille, and vertical-style tail lamps in the back. The suspension was new, comprised of coil springs in the front with flat-leaf springs in the back. Body styles initially included a saloon, and a 103F station wagon joined the lineup in 1954.At the 1953 Paris Salon, Fiat introduced the 'TV' (Turismo Veloce) high-performance version of the newly introduced Fiat 1100 Berlina (Saloon), introduction at the Geneva Salon earlier that same year. Its 50 horsepower engine gave the TV a top speed of 135 km/h. Although visually similar to the Saloon, the TV was distinguished by its single spot lamp on the center of the radiator grille, along with additional exterior chrome time and could be ordered with two-tone paintwork. A transformable (convertible) TV was added to the range in 1955, while Carrozzeria Pininfarina had been offered its own two-door coupé on the 1100 TV platform since 1953.
Many of FIAT's sporting customers raced the TV and among its accolades and victories were class wins at the Mille Miglia in 1954 and 1955.
Carrozzeria Allemano built a special Fiat Nuova 1100 Cabriolet for the Turin Auto Show wearing a design by Giovanni Michelotti. It had a unique 'shark-nose' split grille, which may have inspired Giorgetto Giugiaro's design for the Ferrari 250 GT SWB Bertone coupe. Following the Turin Show, the Allemano Cabriolet was displayed at the 7th Concorso d'Eleganza at Cortina d'Ampezzo, where the design won first in class. Two Fiat coupes and five cabriolets were built by Allemano during 1953. Carrozzeria Vignale built two Fiat 1100s for display at the 1953 Torino Motor Show, both to a design by Giovanni Michelotti. Four examples of the Abarth 205 competition chassis were constructed, with one being clothed by Ghia using an engine and transmission sourced from the new Fiat 1100-103.Prior to Giovanni Bertone's retirement from his Carrozzeria Bertone Company of Turin, he had recruited Count Mario Revelli de Beaumont as a styling consultant. Revelli's first job had been with Stabilimenti Farina, from where he moved on to work for FIAT and also the recently founded Pinin Farina. He later worked for General Motors and Simca. Among his creations was a 1954 1100-103 Convertible.
By Daniel Vaughan | Sep 2020

In 1937 Fiat introduced an updated version of their 508 Balilla, more commonly known as the 508C, with the 1100. The Fiat 1100 had a similar design to the Fiat 500 Topolino and the 1500. A four-cylinder 1089cc engine with overhead valves provided the power and powered the rear wheels through a four-speed gearbox. The Fiat 1100B was introduced when the 1100 was treated to partial restyling....
Continue Reading >>

Produced by the legendary Italian carmaker Fiat, the compact 1100 was produced from 1937 through 1969. The 1100 began its life as an updated version of the 508 Balilla and a dual identity as the 508C. With similar looks to the 1936 Fiat 500 Topolino and the bigger 1500, the 1100 featured the characteristic heart-shaped front grille and styling by up and coming designer Dante Giacosa. Under....
Continue Reading >>
Concepts by Fiat