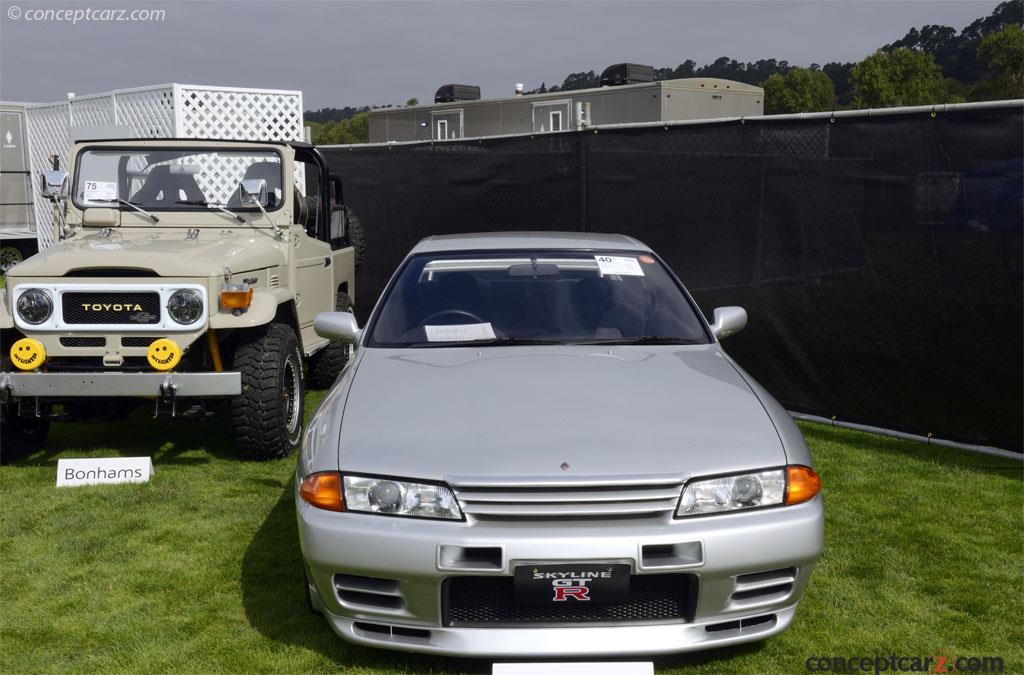 Coupe
Chassis #: BNR32-221085
Sold for $86,900 at 2017 Bonhams : Quail Lodge.
In 1989 Nissan introduced the eighth generation Skyline. Over the years, various Skyline models were built, with the GT-R model representing the highest performance offerings.With a twin-turbocharged engine, unique ATTESA-E-TS (Advanced Total Traction Engineering System for All-Terrain-Electronic Torque-Split) all-wheel drive system combined with the Super HICAS all-wheel steering system, it is a true supercar force to be reckoned with. It has truly earned the nickname of 'Godzilla' both on-and-off the road.The GT-R was built specifically to contest Group A competition, and the original R32 GT-R Skyline dominated the Australian racing scene, ultimately leading to banishment from the ATCC. Debuting at Mallala in June 1990, the R32 race program was run by Gibson Motorsport and from the beginning it was evident to have potential. It wasn't until 1991 that everything came together for the team and drivers Jim Richards and Mark Skaife became very successful, including a win at the Bathurst enduro. Despite increased minimum weight and reduced boost bar for 1992, the Skyline continued its winning ways, scoring a repeat win at Bathurst.
The road-going version of the R32 was powered by a twin-turbocharged inline six. It had a sophisticated 4WD system and HICAS all-wheel steering.
This R32 GT-R has had two owners from new. It is an original example in great conditioning fitted with a NISMO front air duct in the front bumper at the time of original delivery. Additionally, the suspension was modified with NISMO strut braces in the front and rear and a Kei Office suspension system—although the original suspension parts are still with the car.Currently, the car has 6,700 km on its odometer. It has the service books, owner's manual, key, spare tire, tools, and aluminum wheels.
By Daniel Vaughan | Oct 2017 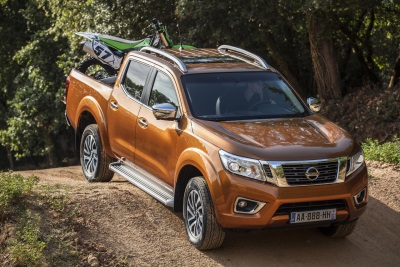 Dramatic Gripz Concept takes Crossover design to a new level A new breed of compact crossover for a new, younger generation Infused with an exciting and adventurous feel thanks to its radical... 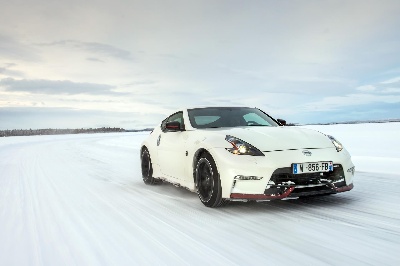 EXPANDED NISSAN NISMO RANGE TURNS UP THE HEAT AT GENEVA 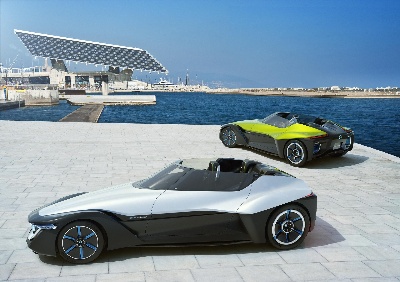 NISSAN AT THE 2014 GENEVA MOTOR SHOW 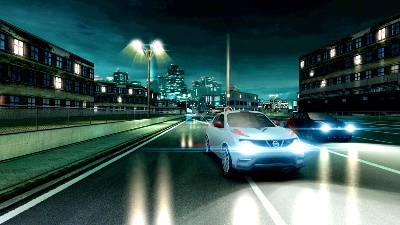 Nissans wild child takes its first steps - in reality and in the virtual gaming world Juke-R #001 is built, tested and ready for delivery while Nissans performance Jukes star in Gameloft Asphal...
© 1998-2020. All rights reserved. The material may not be published, broadcast, rewritten, or redistributed.