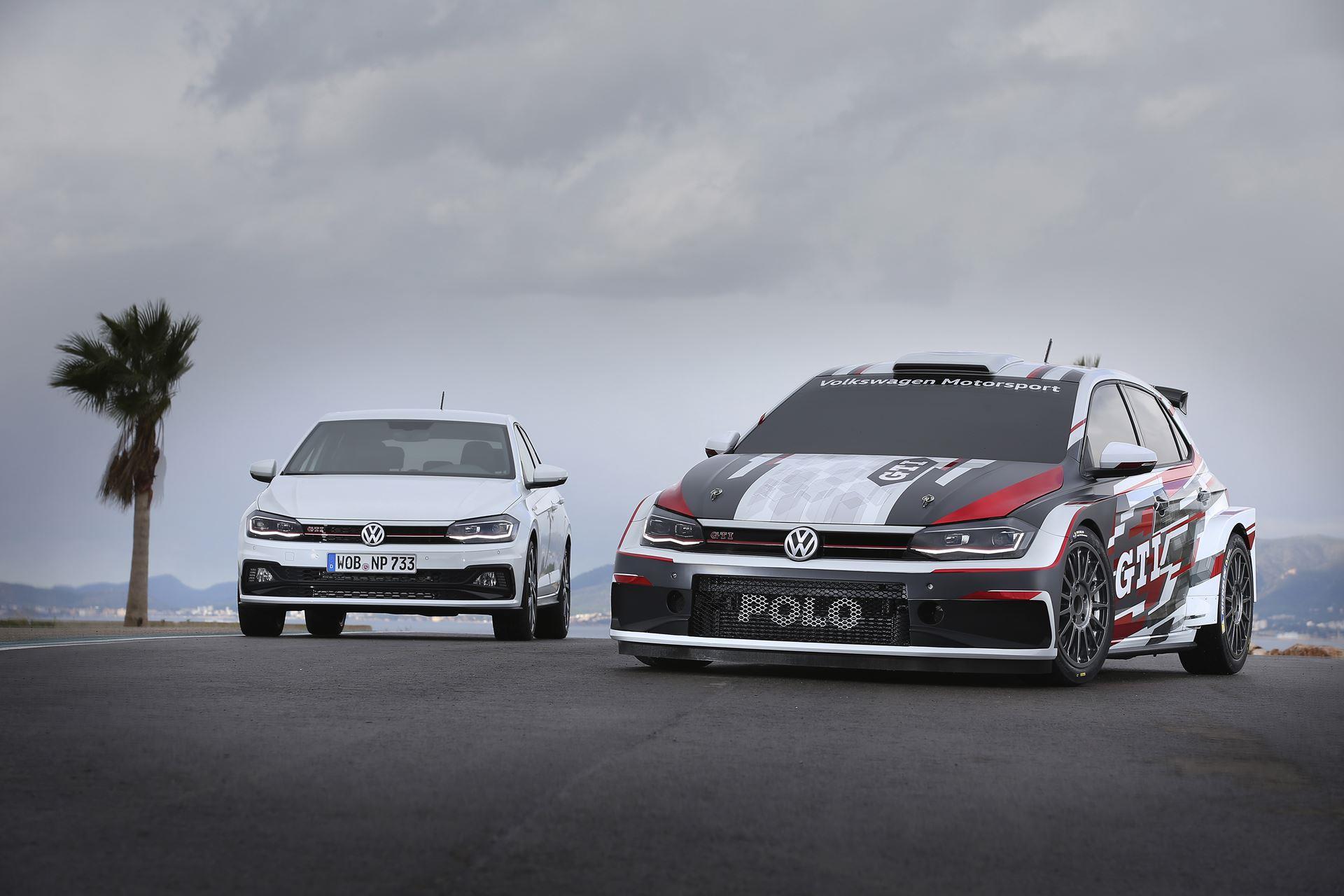 Wolfsburg (07 November 2017). The GTI for rallying: With the Polo GTI R5, Volkswagen returns to rallying under a new guise. In the second half of 2018, Volkswagen will make the 270 hp rally version of the Polo available to professional teams and aspiring drivers to enable them to compete in championships across the globe – including the FIA World Rally Championship (WRC). A sketch of the car, which is based on the new Polo of the sixth generation, gives a foretaste of what's to come.

'With the Polo GTI R5 we are hoping to transfer our expertise from four WRC titles to customer racing successfully, and offer a first-class racing machine for countless rally championships from national series to the WRC,' said Volkswagen Motorsport Director Sven Smeets. 'Before the first race outing next year, we will subject the Polo GTI R5 to rigorous testing to make sure it is prepared for the extremely varied track conditions around the world.'

The development of the Polo GTI R5 has been in full swing since the start of the year, with initial test drives planned for this year. The experience gained from the successful WRC era is being incorporated directly: Volkswagen Motorsport Technical Director François-Xavier 'FX' Demaison, father of the record winning Polo R WRC, is responsible for the development of the Polo GTI R5. And Gerard-Jan de Jongh also brings all his expertise as the senior project engineer. The Dutchman was previously Sébastien Ogier's race engineer; Ogier won the drivers' title with Volkswagen four times in a row.

Like the production model – which is due to be launched at the end of this year – the Polo GTI R5 has a powerful four-cylinder turbo engine with direct fuel injection. Other features include four-wheel drive, a sequential five-speed racing transmission and a comprehensive safety package, which are the most important features of the R5 category brought into being by the international automobile association, the FIA, in 2012. This gives privateers, teams and importers the opportunity to contest national, regional and international championships with cost-effective, powerful rally cars.

For Volkswagen Motorsport, the Polo GTI R5 represents another important milestone in their strategic realignment: After the successful introduction of the Golf GTI TCR, which has brought home wins and titles in numerous championships on the circuit since 2016, Volkswagen Motorsport is expanding its involvement in customer racing to rallying.
Source - Volkswagen 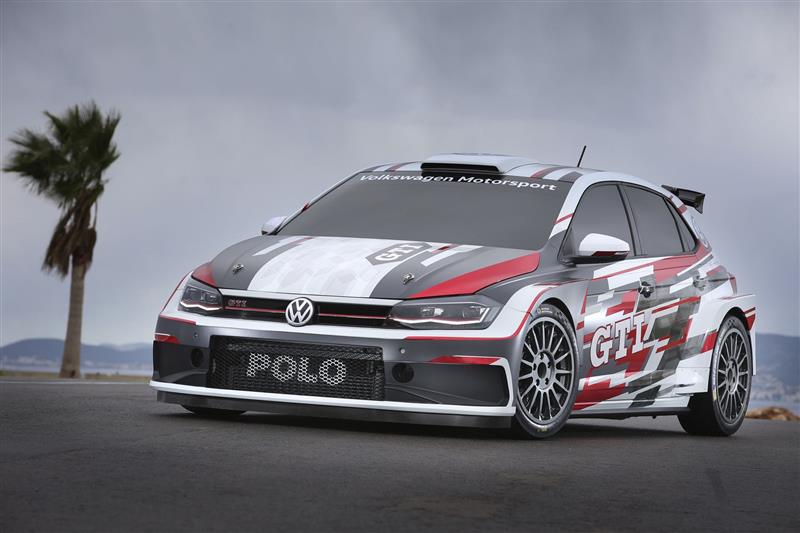 Wolfsburg (04 December 2017). The stage is set for the rally GTI: The Volkswagen Polo GTI R5 enjoyed a successful world premiere. The four-wheel drive rally car for customer sports, which is based on the sixth and latest generation of the new Polo, was introduced to the public for the first time at the official driving presentation of the Polo GTI² in Mallorca on Monday evening. The development of the new rally sports car incorporated the experience and know-how acquired whilst winning four world titles in the pinnacle of rallying, the WRC, from 2013 to 2016.'Presenting the new Polo GTI R5 to the public was a magnificent moment,' said Volkswagen Motorsport Director Sven Smeets. 'The close relationship to the road-going Polo GTI is unmistakable. In the rally Polo, the GTI family has another spectacular ambassador. Our team and the colleagues at Volkswagen Design in Wolfsburg deserve great credit for this. Over the coming months, the Polo GTI R5 must prove itself in a series of tough scenarios, in order to ensure that it can build on the success of its predecessor in the customers' hands.'Initial tests successful, homologation planned for late summer 2018Development of the Polo GTI R5 has been in full swing since the start of the year. Initial tests on asphalt and gravel took place in mid-November in Fontjoncouse, France, and will continue in Great Britain in December. Responsibility for the entire project lies with Technical Director François-Xavier 'FX' Demaison, as well as Project Manager Jan de Jongh, who, as race engineer, looked after world champion Sébastien Ogier's Polo R WRC from 2013 to 2016.'The Polo GTI R5 came through the initial tests without any problems. The feedback from the test drivers was very positive,' says Demaison. 'It is obviously beneficial to be able to call upon an experienced team of engineers and mechanics, who helped to develop the Polo that won the world championship. And it goes without saying that, as we have in the past, we are also taking advantage of the close and excellent cooperation with the colleagues in the technical development department in Wolfsburg, as well as our Škoda colleagues, who have been offering their customers an R5 car since 2015.'As in the GTI for the streets: four-cylinder turbo engine with direct fuel injection 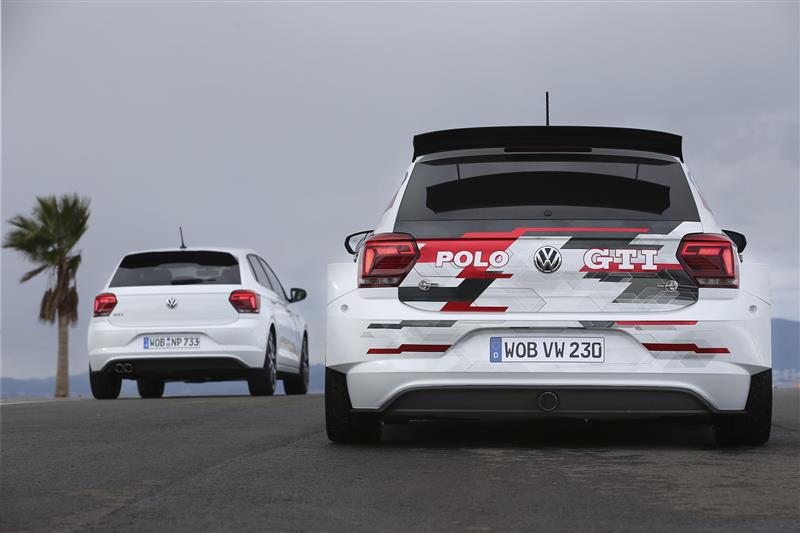 Like the production model – the new Polo GTI – the Polo GTI R5 has a powerful straight four-cylinder turbo engine with direct fuel injection, which is mounted transversely in front of the front axle. The capacity of the rally car is limited to 1.6 litres, in accordance with regulations. This is sufficient to generate an impressive 200 kW (272 hp) and maximum torque of 400 Newton metres. A close-stepped, sequential, five-speed racing gearbox and permanent four-wheel drive achieve outstanding acceleration on any surface – whether asphalt, gravel or snow. Weighing just 1,320 kilograms, the rally GTI accelerates from 0 to 100 km/h in just 4.1 seconds.
The four-door, steel chassis, which serves as the basis for the assembly, is manufactured at the production plant in Pamplona, Spain. In accordance with FIA regulations, it is strengthened with a role cage and other safety components. The Polo GTI R5 will be homologated in the summer of 2018. The first deliveries to customer sports teams, and the first competitive outings, are planned for the second half of the year.In 2012, the International Automobile Federation FIA passed the R5 regulations for a new generation of rally cars, aimed primarily at customer teams, talented youngsters and privateers. Since then, more than 400 cars have been produced by five different manufacturers and have been in action in national and international championships all over the world.¹) Polo GTI R5: The concept vehicle has not gone on sale, and therefore Directive 1999/94 EC does not apply.²) Polo GTI (147 kW/200 PS) fuel consumption in l/100 km: urban 7,7 / extra-urban 4,9 / combined 5,9; CO2-emissions (combined) in g/km: 134; efficiency class: C.Source - Volkswagen Motorsport

Volkswagen celebrated a strong rally debut with the Polo GTI R5 At the Rally Spain, the new customer sport car made a good impression with best times on both gravel and tarmac – and in doing so proved its competitiveness at the highest level from the... 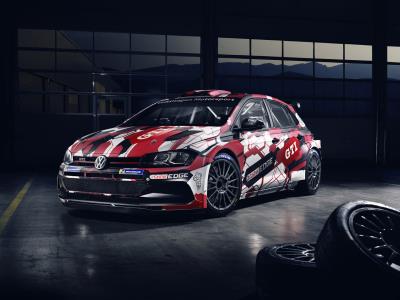 Choice of colours and graphic patterns underline just how similar the new rally car is to the standard GTI models Initial delivery of the Polo GTI R5 to customers starting from November Hannover (08 October 2018). The Volkswagen Polo GTI R5 has... 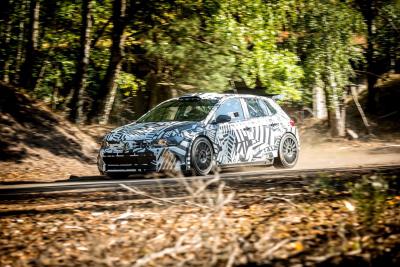 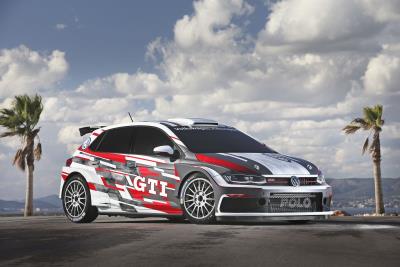 All Over The World: First Customers Confirmed For The New Polo GTi R5

15 models of the new rally Polo GTI planned for 2018 From Belgium to Paraguay Interest from teams around the world Each Polo GTI R5 assembled by hand in Hanover Wolfsburg (23 January 2018). The anticipation is half the fun shortly before... 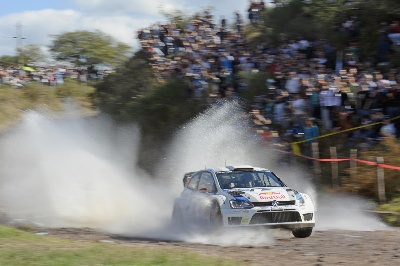 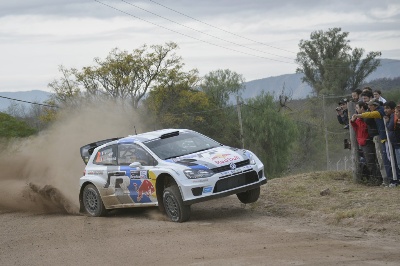 Jari Matti LatvalaMiikka Anttila (FINFIN) finished qualifying for the Rally Argentina in first place in their Volkswagen Polo R WRC. The Finnish duo secured the best time by a whisker, coming in just three hundredths of a second faster than the record-breaking... 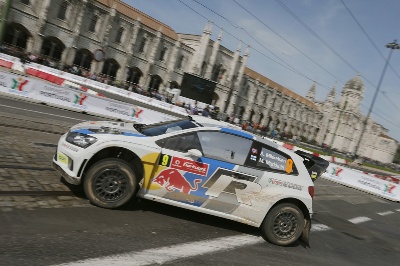 80 kilometres against the clock, just 119 metres advantage Sébastien Ogier and Julien Ingrassia (FF) hold a slender lead at the Rally Portugal in their Volkswagen Polo R WRC. Also among the front-runners are their team-mates Jari-Matti Latvala and... 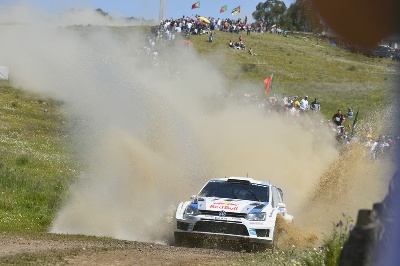 Almost 160 kilometres, six challenging special stages and two Polo R WRC cars in the lead Volkswagen is currently in first and second place in the Rally Portugal. At the end of the first two days of the three-day event, Sébastien OgierJulien Ingrassia... 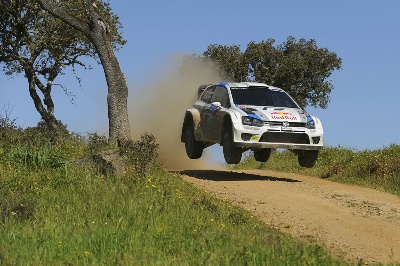 RALLY PORTUGAL: THIRD WIN OF THE SEASON FOR VOLKSWAGEN'S OGIER

Triumph on the Algarve, two Volkswagen drivers on the podium Sébastien Ogier and co-driver Julien Ingrassia (FF) have won the Rally Portugal ahead of Mikko Hirvonen (Citroën) and their Volkswagen team-mates Jari-Matti Latvala and Miikka Anttila (FINFIN)....
© 1998-2020. All rights reserved. The material may not be published, broadcast, rewritten, or redistributed.