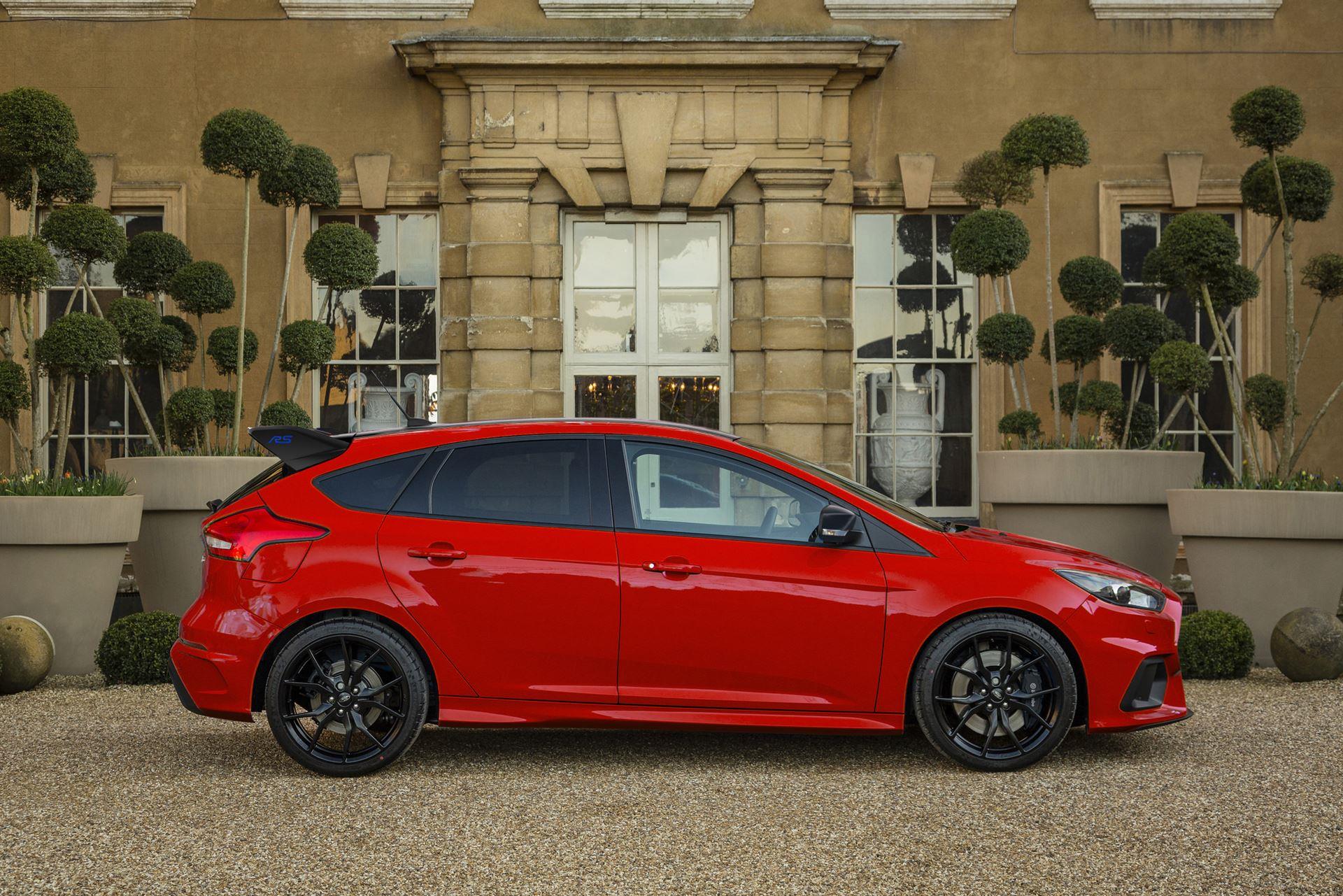 The RS Red Edition will be a limited production run of just 300 cars in the festive colour scheme. In addition to its Race Red exterior, the Red Edition features grey brake callipers behind black-cast alloy wheels and the RS Edition's trademark contrasting black roof, door mirrors and rear spoiler.

The Focus RS Red Edition features a front mechanical Quaife limited-slip differential (LSD), providing even more traction and driving appeal for performance driving enthusiasts. It is available to order now through Ford dealerships, priced at £36,295, with production starting in February 2018.

'The Focus RS Edition represents accessible performance at its finest', said Andy Barratt, chairman and managing director, Ford of Britain. 'As RS production nears its end, we wanted to celebrate with a limited run of cars for those who want to stand out as an RS fan.'

The Focus RS Edition has been developed by Ford Performance engineers and evaluated at locations across the globe to enhance the high-performance hatchback's class-leading traction and responsiveness using a Quaife LSD for the front axle.

The mechanical LSD limits the engine torque delivered to a wheel that has reduced traction on the road surface, and redistributes torque to the wheel with more traction to counteract the wheelspin that can hamper acceleration and stability.

By controlling the torque delivered to each front wheel, the Focus RS Edition's Quaife LSD enables drivers to exploit the 350PS delivered by its 2.3-litre EcoBoost engine in high-performance driving situations even more, and seamlessly integrates with Focus RS driving technologies delivered as standard, including:
•Ford Performance All Wheel Drive, which varies the front-to-rear torque distribution to suit the current driving situation – monitoring inputs from vehicle sensors 100 times per second and sending a maximum of 70 per cent of the drive torque to the rear axle
•Dynamic Torque Vectoring – which uses electronically-controlled clutch packs on the rear axle to send up to 100 per cent of the available torque to either rear wheel, and can switch drive from one side to the other in as little as 0.06sec
•Torque Vectoring Control (TVC) – which automatically applies small amounts of brake force to limit wheelspin at the front axle

'For hardcore driving enthusiasts, the additional mechanical grip offered by the Quaife LSD will make it even easier to carry speed through a corner on the track, and maximise acceleration on the way out. The new setup also delivers greater mechanical stability and control when braking hard, and will help drivers set the car up for power-slides using Drift Mode,' Roeks §äid. 'The Focus RS Edition takes our 'fun to drive' philosophy to a new level for an everyday road car.' 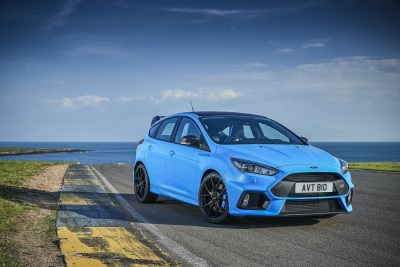 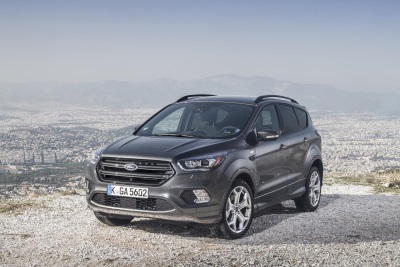